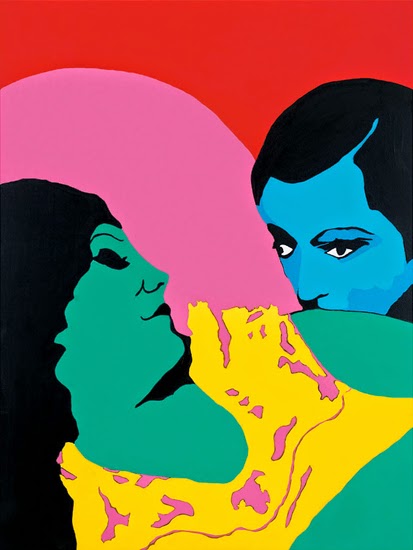 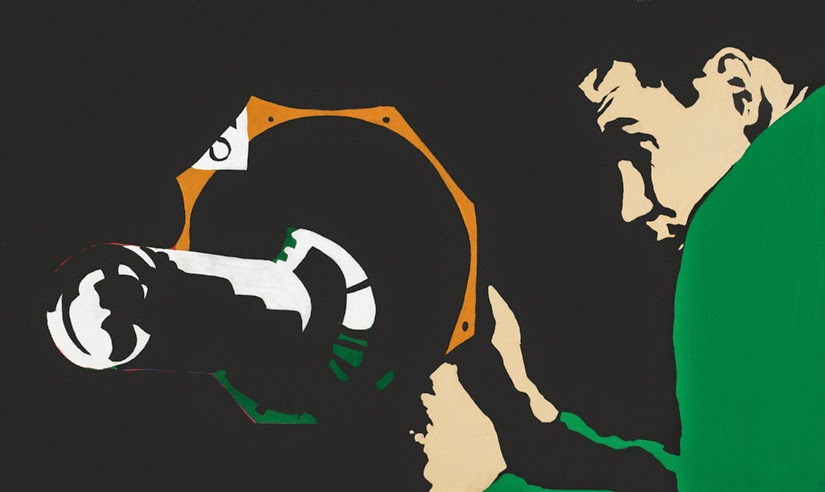 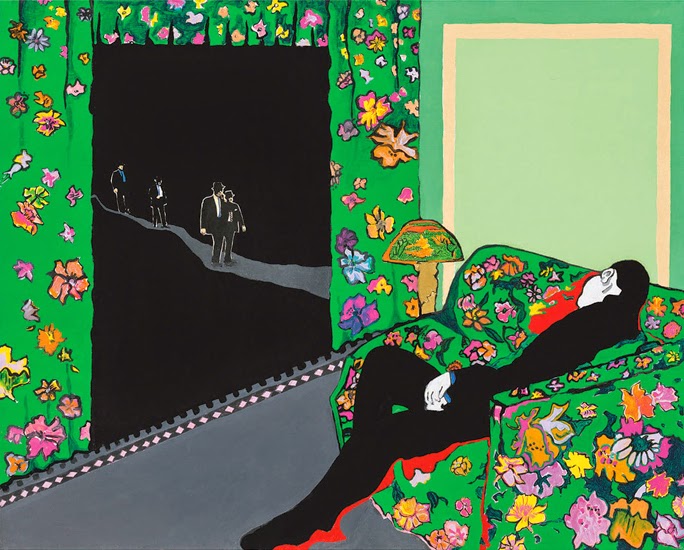 
From the Press Release:
The exhibition and its accompanying publication focus on two bodies of Drexler’s work—her uniquely prescient, Pop collage-paintings from the 1960s and a group of related works created between 1988 and 2014. A pioneer of what would later become known as appropriation, Drexler’s paintings from the 1960s incorporate images culled from a variety of popular sources—newswire photographs, detective novels, movie posters, and advertisements. Unlike her Pop contemporaries, Drexler worked from these images directly—collaging them onto her canvases and painting over them in thin layers. Her subjects are straightforwardly portrayed, usually against monochromatic grounds or simple arrangements of geometric shapes. They appear isolated and bizarrely still—uncomfortable in the narratives into which they have been inserted. Narrative content has always been at the forefront of Drexler’s work. The grotesqueness and vulgarity of our everyday lives—especially those of businessmen, celebrities, and politicians—are the artist’s primary concerns.
Drexler’s recent paintings are more elaborate and open-ended. The backgrounds are more detailed and there are often multiple narratives occurring simultaneously. Her source images are less obvious, as well. Frequently, her subjects wear masks or face away from the viewer. Love and violence—our two most “intimate emotions,” Drexler says—are still their central themes.
Born in Bronx, New York in 1926, Rosalyn Drexler first began exhibiting her work during the late 1950s. Since then, she has had over 15 solo exhibitions, including one at Reuben Gallery (1960, New York), three at Kornblee Gallery (1964, 1965, 1966, New York), and one at Pace Gallery (2007, New York). In 1986, a retrospective of her work—Rosalyn Drexler: Intimate Emotions— opened at the Grey Art Gallery, New York University. Rosalyn Drexler and the Ends of Man, the artist’s most recent survey exhibition, took place in 2006 at Rutgers University’s Paul Robeson Gallery (Newark, New Jersey). 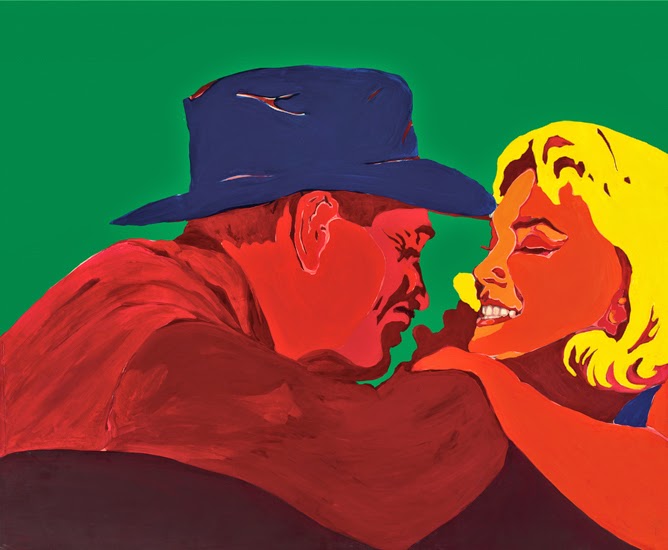 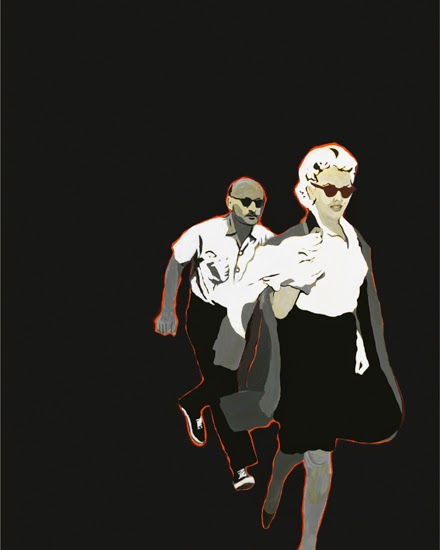 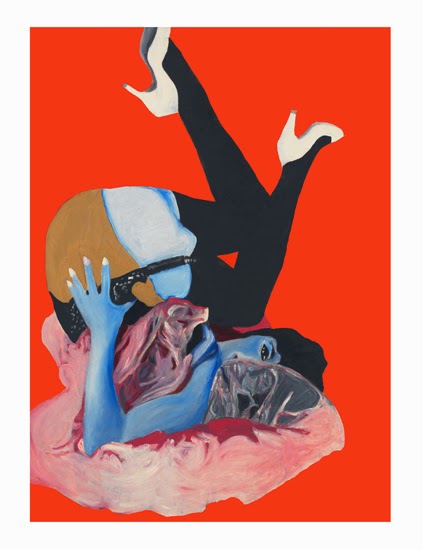 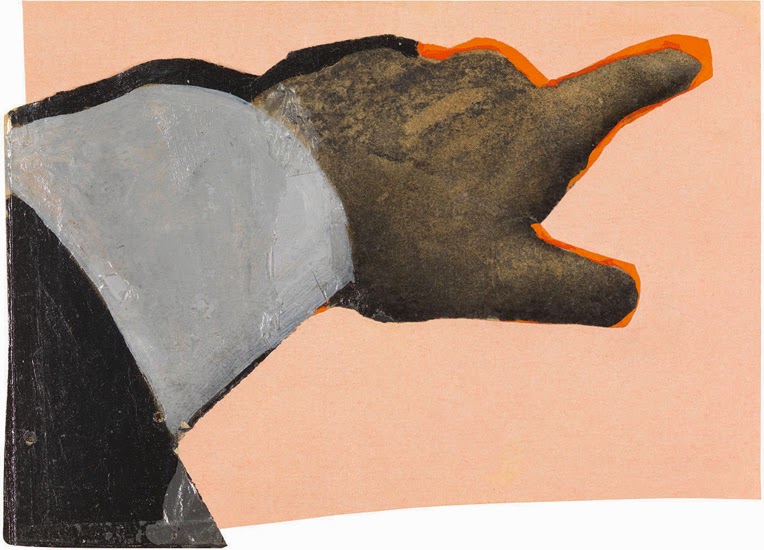 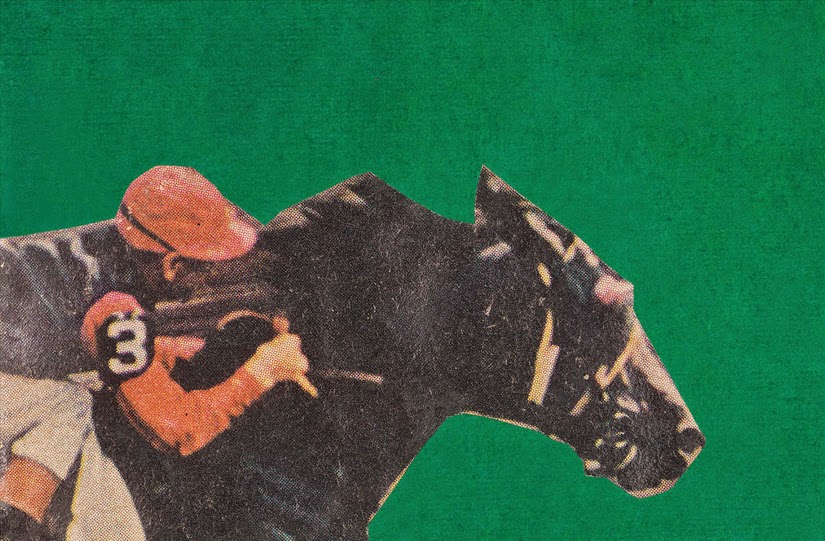 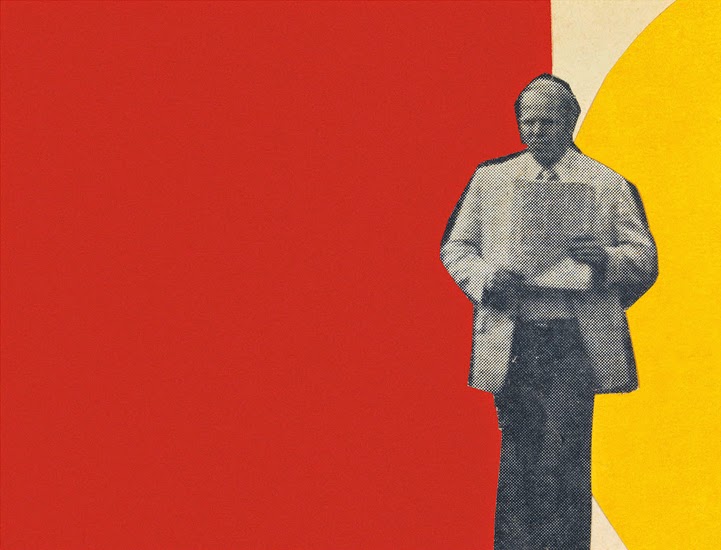 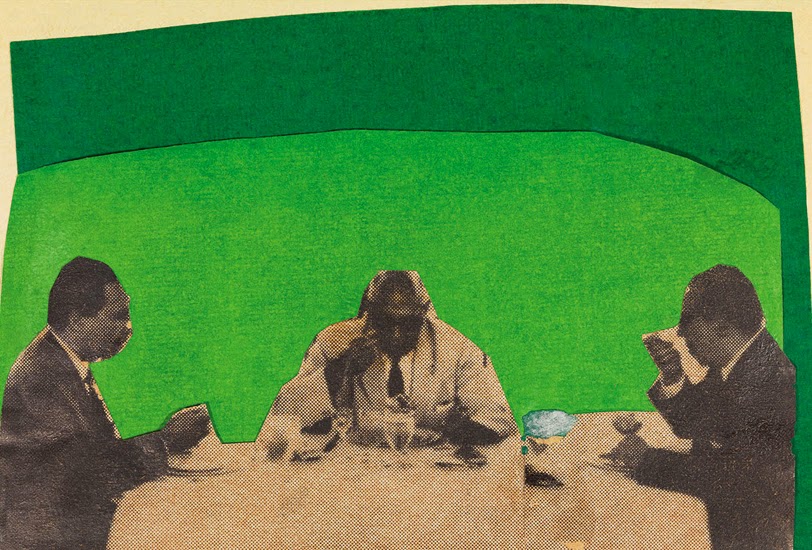