Thanks For Attending An Awful Rainbow 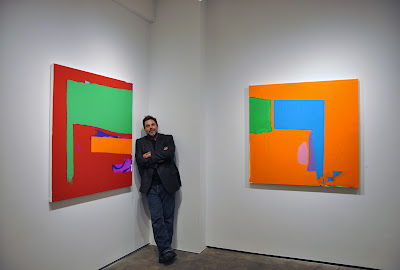 Thanks to everyone who came out last Thursday and helped me celebrate the opening of my show, An Awful Rainbow @ Kathryn Markel Fine Arts.
Below are a few photos of the installation.  The show is up through May 18th.
Also thanks to Kathy, Alex and Debra @ KMFA  for all their work in making the show possible. 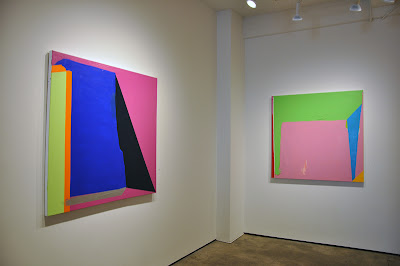 There is a full color catalog accompanying the exhibition with an essay by James Panero. 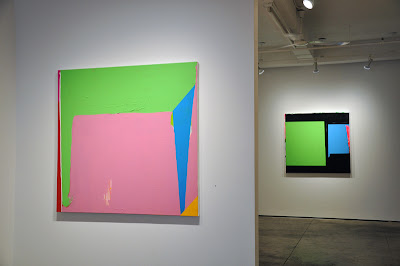 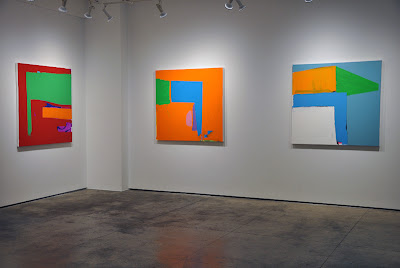 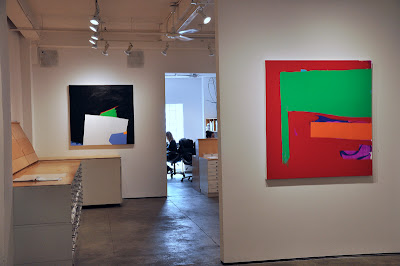 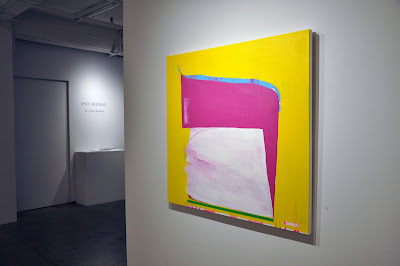 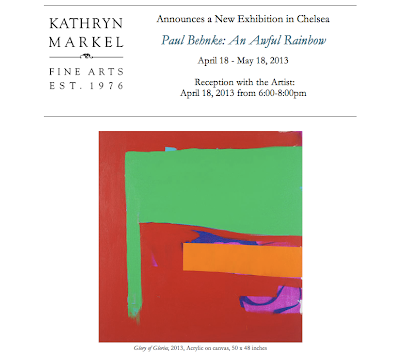 Please join me for the opening of my one person show, An Awful Rainbow, at Kathryn Markel Fine Arts.

A full color catalog is available with an essay by James Panero. Read the essay here. 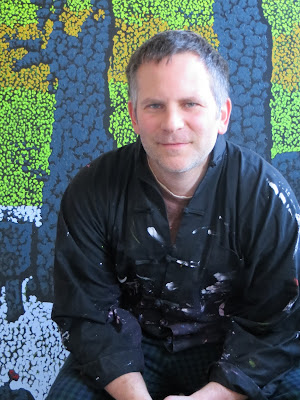 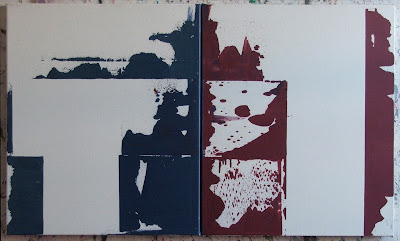 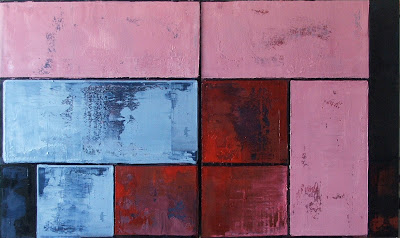 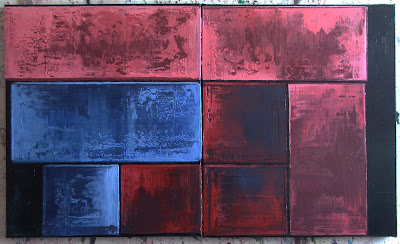 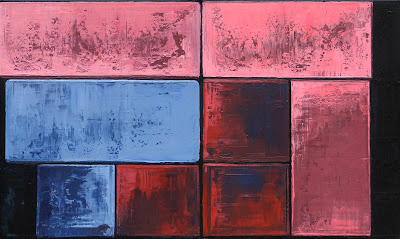 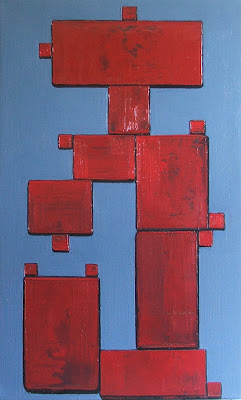 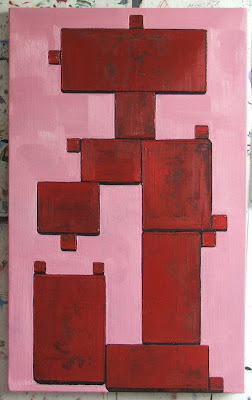 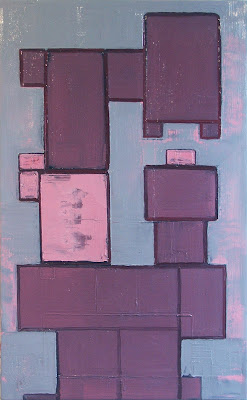 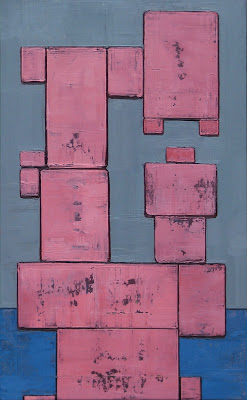 
Janet Kurnatowski is pleased to present "Fugue State", new paintings by Ben La Rocco. This will be the artist's third solo show with the gallery. Fugue State will be on view from March 22 - April 21, 2013. The gallery will be closed on Easter Sunday, March 31st. Please join the artist for an opening reception on Friday, March 22nd from 7-9pm.

La Rocco's panoramic paintings reveal the possibility of a visual space-time continuum.  These works create an experience that induces a mode of contemplation concerned with the theoretical origins of knowledge and the known universe.  La Rocco uses long, horizontal panels to knowingly negate the physical effects of gravity,  which provides  the viewer with  a free-floating and omniscient position  vis-a-vis  outer space. La Rocco's formal decisions astutely reinforce his appropriation of ancient graphic symbols.  These cosmic and astrological signifiers represent a tension between science, religion, philosophy and art; his reference to such a synthesis is an invitation if not a bridge that can be used to potentially span the illusion of time and space, in order to recall what was once known.

Ben La Rocco received his MFA from Pratt institute in 2004. He is represented by Janet Kurnatowski Gallery in New York and John Davis Gallery in Hudson. He has been a visiting professor at Rutgers in New Brunswick and at Purchase College, and has lectured and been a visiting critic at Rutgers, Montclair, Hunter, and PS1 and the National Academy Museum. He currently teaches in the fine art department of Pratt Institute. He has been the recipient of a Marie Walsh Sharpe artist residency (2005-6) and the S.J. Wallace Truman Fund Award for Painting from The National Academy of Design Museum. Most recently he received a residency at the Dam Stuhltrager Gallery, Berlin. La Rocco is a contributing writer and  is the editor at large for The Brooklyn Rail. Ben La Rocco is a painter living and working in Brooklyn. For more information or images, please contact the gallery.

*Image courtesy of the Janet Kurnatowski Gallery
on April 06, 2013 No comments: 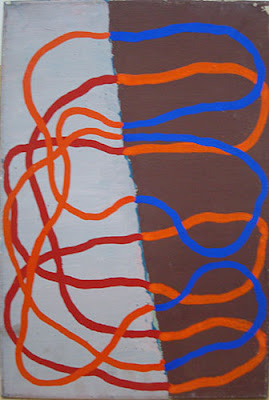 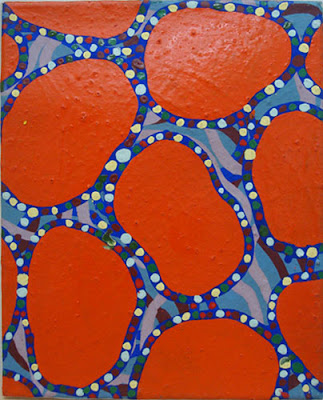 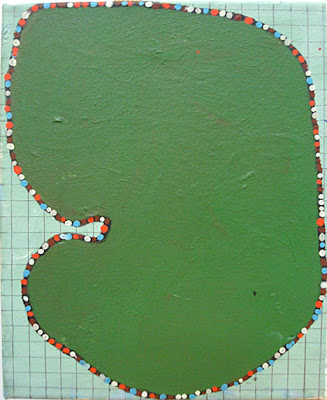 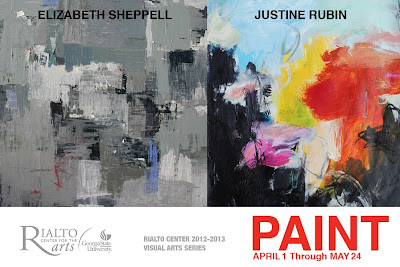 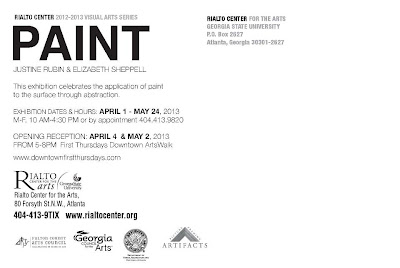 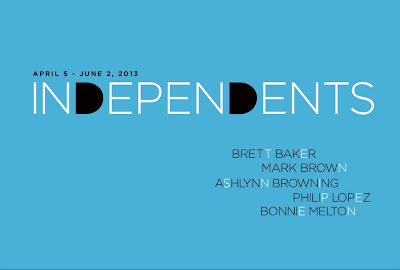 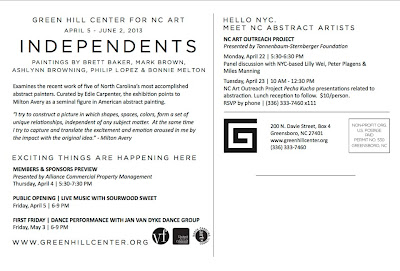