DeKooning was 92 at the time of his death.
Ibram Lassow: "I remember the times long ago when Bill [de Kooning] and I would wonder what it would be like to be well known. What a strange thing that he became an internationally famous artist, and the irony is that now he doesn't even know. Now he paints and eats, and that's all."
"An instinct begins as a conscious impulse.  If you want anything badly and continuously enough-by conscious choice-the desire will become a habit, and eventually, an instinct. Having become an instinct, it will survive even after consciousness has lost it’s drive. When this happens, instinct now supplies the mind with its meanings  . . . my subconscious is only giving me back what I have already put there.  The ‘instinct’ does not come from the depths of nature or from God or some other mysterious source; it comes from my robot, and I put it there.”
p. 72, Colin Wilson, Poetry & Mysticism
"Artists themselves have no past. They just get older."
-Willem de Kooning
on April 29, 2018 No comments:

From the Deep Waters of Sleep, a poem by Johanna Adriana Ader-Appels for her son, Bas Jan Ader

Bastiaan Johan Christiaan "Bas Jan" Ader (born 19 April 1942 – disappeared 1975) was a Dutch conceptual artist, performance artist, photographer and filmmaker. He had lived in Los Angeles, California for the last twelve years of his life.[1] His work was in many instances presented as photographs and film of his performances. He made performative installations, including Please Don't Leave Me (1969).
Ader was lost at sea in 1975, attempting to cross the Atlantic Ocean from the US to England sailing in the smallest boat with which the voyage has ever been attempted. His deserted vessel was found off the coast of Ireland on 18 April 1976, offering few clues as to his fate.


Johanna Adriana Ader-Appels, Ader's mother, wrote the poem "From the Deep Waters of Sleep" on October 12, 1975, after having what she described as a premonition of his death:

From the Deep Waters of sleep I wake up to consciousness.
In the distance I hear a train rumbling in the early morning.
It is going East and passes the border. Then it will stop.

I feel my heart beating too. It will go on beating for some time.
Then it will stop.
I wonder if the little heart that has beaten with mine, has stopped.
When he passed the border of birth, I laid him at my breast,
Rocked him in my arms.
He was very small then.

A white body of a man, rocked in the arms of the waves,
Is very small too.

What are we in the infinity of oceans and sky?
A small baby at the breast of eternity.

Have you heard of happiness
Springing from a deep well of sorrow?
Of love, springing from pain and despondency, agony and death?
Such is mine.

Email ThisBlogThis!Share to TwitterShare to FacebookShare to Pinterest
Labels: Bas Jan Ader, From the deep waters of sleep, I'm too sad to tell you, Johanna Adriana Ader-Appels, Please don't leave me 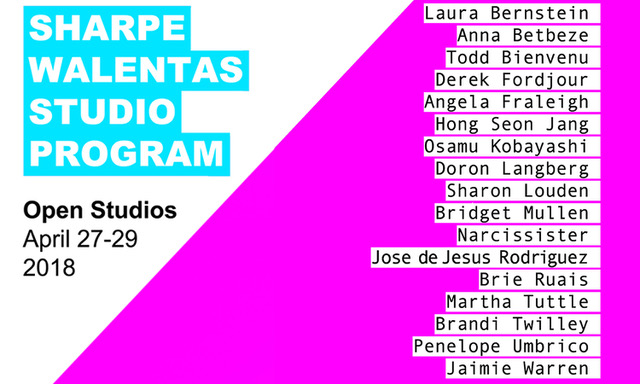 *All images © attributed artists and photographers. All rights reserved.


Ronan Bowes was born in 1986 in Northern Ireland. And in many ways his work can be read as a response to that particular place and time and all that they entail and conjure.

The rough application of paint and jarring color combinations steer Bowes' paintings and sculptures towards urgent expression and unresolved feeling.

But to overlook the physical materials (and how they are used and reused) that make up the works is to miss a concept inherent in the making.

Here paint, canvas and wood are fashioned, disassembled and put together again in service of a regeneration, or at the very least a hopeful, urgent utterance, that says, "I can build on this."

Making all my surfaces, I paint and draw predominantly with oil and acrylic paint on canvas, wood panel, aluminium panel and paper.

The catalyst to my painting practice was growing up in a socially and politically divided Northern Ireland. My childhood memories are marked by a post-conflict society; as youngsters we grew up listening to stories of what happened during the darker days. These stories, coming from our loved ones and our neighbours, were reinforced by Irish music and literature.

In 1998, our hometown Omagh, was bombed in the worst atrocity since the beginning of the conflict. This event transmitted us children into the darker days, and although we grew up in a post-conflict era, there was, and still are sporadic violent events unfortunately affecting our society.

Recently in my studio practice, I have been using the remnants of the painting process to develop sculptural paintings, reverberating the 2-dimesional work. I am interested in the life, death and rebirth of the materials of the painting process, connecting this to my past experiences and the current civil unrest in our world today.

Growing up in a society that has been affected by so many economic, social, sectarian and political issues I believe it is difficult not to have an expressive response to it; whether it be through words, music, dance or visual art.

For me, painting and art universally, possess the power to transcend the receiver from the turbulence of our world. I hope my work can provide this remedy in a world that seems to be perpetually spinning out of control.

Ronan Bowes received his Postgraduate in Art Education from Northumbria University (Newcastle, UK) and his B.F.A 1st Class Honors (Valedictorian) from John Moores Art School (Liverpool, UK).
He has exhibited his work most recently at El Triunfo (New York, USA), Standard Projects (Wisconsin, USA) and Aqua Art Fair (Miami, USA).
Bowes has curated exhibitions at Aside Bside Gallery (London, UK), White Elephant Arts (Melbourne, AU) and John Moores University (Liverpool, UK). His work has been featured in chief curator Rebecca Wilson's collections through Saatchi Art.
"Cool it" 2016 was a  showcase winner of ArtSlant's 2016 6th Annual Showcase and he was commissioned to create work for the Liverpool Biennial (UK) 2008.
You can find his work in the National Collection of "Your Paintings" by the BBC (England, UK) . Bowes has been an artist in resident with White Elephant Arts (Melbourne, AU) and St. Joesph Swan School (Northumbria, UK).

For more information on Ronan Bowes, his work and  upcoming projects visit his website. 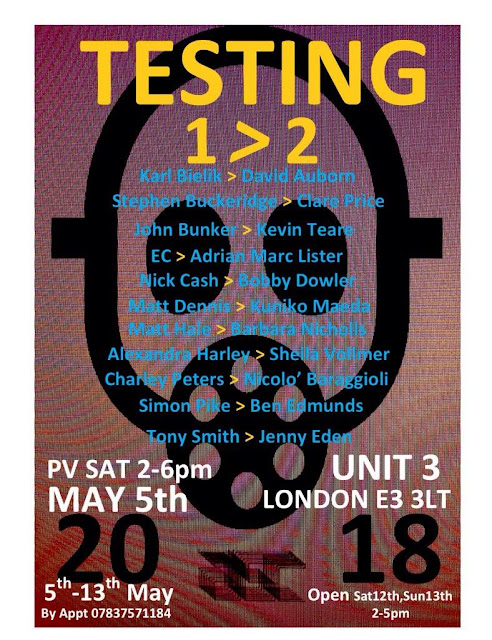 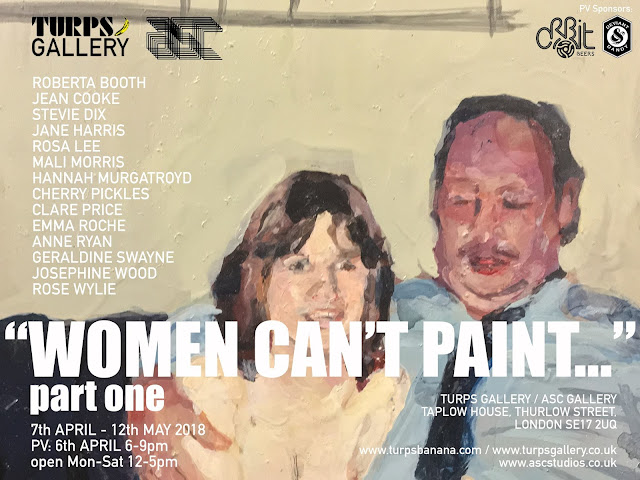 
The current exhibition at Eric Firestone Gallery, “Joe Overstreet: Innovation of Flight, Paintings 1967-72” provides a context for examining crucial issues around African American artists and histories of abstraction.
How can abstraction embody experience and identity?
Does the art world make demands of artists of color, in terms of content, that it does not make of other artists?
How does Overstreet’s work address these questions?

These topics will be under discussion in a conversation moderated by LaRonn P. Brooks, with panelists Horace Brockington, Nanette Carter, Lisa Corinne Davis and James Little.

One of my very favorite painters is opening in Dublin next week.

"We again observe the complete preoccupation with paint itself, with the simple play of colours against one another. Many of the recent paintings pulled out from stacks that afternoon in Bray seemed to follow this logic, canvases filled to bursting with dragged daubs of complementary colours: swampy greens and starchy whites, mauves and greys. Within these busy spaces, something like a pattern emerges, aided along by the imperfect repetition of brush strokes — the natural drag of the hand, perhaps, or the physical impact of brush against the canvas skin. Typically, this patterned plane sits within another, bounded in by the sharp border of a second limit point. A border within a border, then, again bringing our attention of the weird leaps of fancy made possible by colour and line. Even within this doubly negated space, space and time appear to happen as though by accident. The eye tracks a line from colour to line, generating a weird rhythm that is something very close to a second kind of, painterly, sight. Incidences like these mean I am constantly surprised when I look and think about painting. Not by the technical skill required to paint, exactly, but the way that skill is communicated through paint. Often, this process — something like the way water tenses with cold, becoming ice — remains indistinct: we are only left to say, this is a good painting, or such and such paints well. Perhaps, then, when we describe someone as a painter’s painter it is exactly this mystery that is being brought centre stage. The point at which paint itself assumes something like autonomy, becoming a conduit for skill. And, when I look at and think about Sinéad Ní Mhaonaigh’s paintings, I have to remind myself of this point: while painting might be a preoccupation of mine, her works prompt me to accept the limits of my own understanding. And probably to fasten me still further to paint."

Extracted from an essay titled, 'A Painter's Painter' by Rebecca O'Dwyer

On Sunday I spent a fantastic afternoon visiting two of my favorite painters, Ann Purcell and David Pollack.

It was a real pleasure to see more of Ann's work from the ambitious, muscular triptychs to the taciturn, banshee's wail of a series called the Kali Poem Series.

For more information on Ann's work visit the links here and here.

Next we stopped by David Pollack's studio to check out his new work.

Each body of work can be seen as poetic meditations on land, water, place and season. And each imparts a tranquil encounter with the sublime through the painstaking layering of sophisticated and sensitive color combinations.

Visit David's website here for more information on his process and work.