The Last Woman on Standard Lamp Records is available on CD, DL and Vinyl.

On 6th of July 2018 Lark will release 'The Last Woman' on Standard Lamp Records. This 12 track record follows 2015’s ‘Funny Man’ and Lark's 6th album sees a continued progression, as they mine deeply intricate and compelling shadows from a noir entrenched sonic pallet.

Acclaimed by both critics and fellow musicians alike, Lark is an independent band and solo
project founded by Karl Bielik, a nonconformist and often idiosyncratic songwriter, frontman and artist. Carving a grimy, gritty groove with heavy basslines, raucous sounds and turbulent lyricism, they paint a volatile picture of the landscape they inhabit: romantic, dissonant, feverish and alive.

From the broody grunge of opener ‘Dowdy’ to the disturbed western guitars of ‘Underpass’
(“Here comes love, Rooting through the bins”), the industrial machine soundscapes of ‘Bleaching Out’ (“I swapped the chair, For the noose”) and the sad, haunting lullaby of ‘Nothing’ (“Nothing almost nothing, That we have left behind”), ‘The Last Woman’ spans soft, harsh, tender, melancholy, love, loss, age, humour and politics. Tracks such as ‘Nightclub’ (‘Station To Station’ era Bowie) and the quasi industrial pop of ‘One Step’ (The Fall), ‘Broken’ (JJ Burnel) conjure dark memories of a musical heritage, but the industrial feedback, sonorous declaration, low sung bass and warped shards of noise and melody of ‘The Last Woman’ are all Bielik’s own.

The writing, playing and mixing of the album is done at the same time with a few musicians
adding parts once the songs are in the final stages - cut up lyrics, improvised vocals, field
recordings, casio drum beats and squalling guitars are all in the mix. Lark is an unsound sound. Karl Bielik lives and works in London and is also an abstract painter (although a friend painted the cover art), Bielik switches from painting to the music studio, and it is the interplay between these different forms of expression of the same artistic ideas that makes Lark’s music so visible.

His paintings have been in numerous shows at home and abroad, including The John Moores Painting Prize, The Royal Academy Summer Show, The Contemporary British Painting Prize and The London Open. He is also the Founder and Director of Terrace Gallery and Studios.

Released on 29th of June 2018 by Care in The Community Records will be a 7" single 'Can I Colour in Your Hair' featuring a flip side Andrew Weatherall remix, adding to past re-workings of Lark songs by the likes of Green Gartside, Erol Alkan and The Bees.

Today is the last day to view Nell Waters' exhibition of somber, meditative and deeply connective paintings on view at Brethren Gallery in Ridgewood, Queens.

In this exhibit Waters has stepped away from her recent, improvisational black and white paintings (akin to automatic writing) to present familiar images with associations that have long taken up space in the universal mind.

The resulting paintings evoke a meditative symbology that explores the concepts of duality, energy and the connection and repulsion between closely aligned forms.

The artist will be at the gallery today from 4 - 6 pm so don't miss the chance to see these tough, gritty paintings in person. 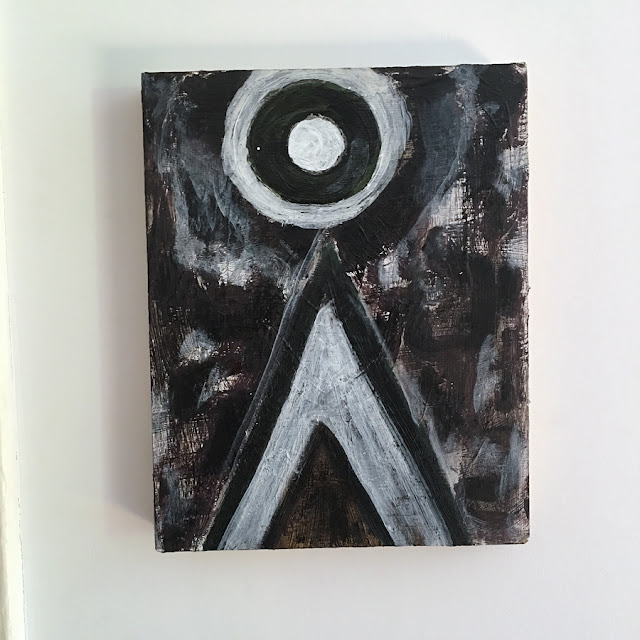 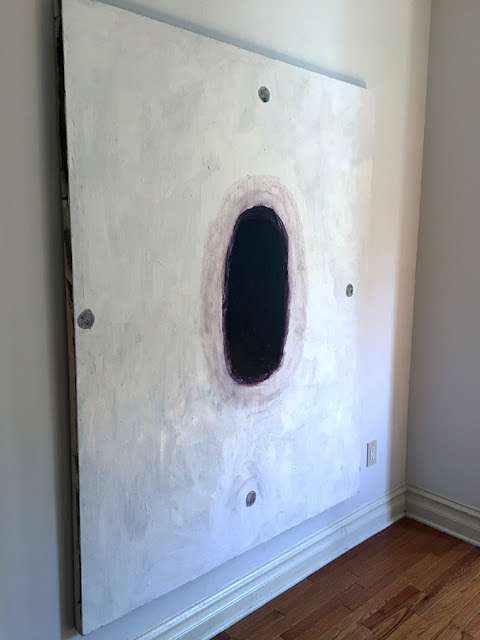 "I am interested in our personal and universal need to find something to believe in, something to look up to—the moon, the sun, a simple shape, God, love.”

-Nell Waters on her current body of work. 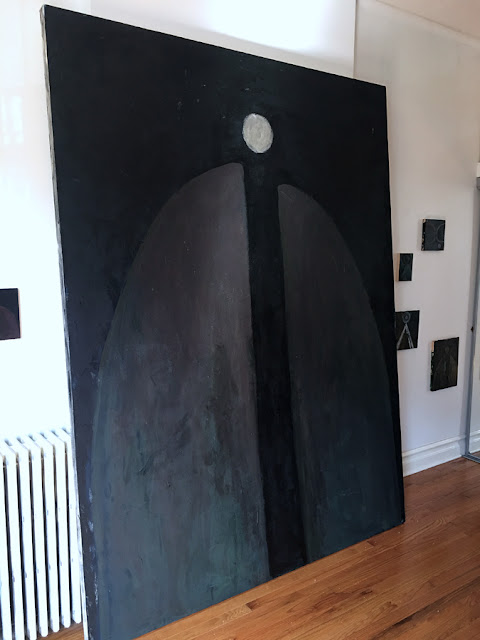 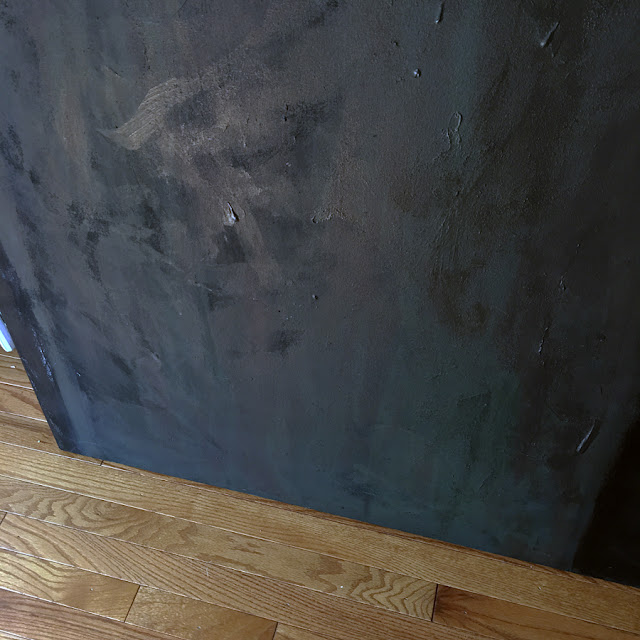 A few large-scale paintings lean monumentally, occupying the intimate space with a contrasting collection of her new series of small scale paintings. The show will include Waters’ loose gestural ink paintings as well. Both her automatic work and this new more carefully composed work are language about the way things relate to one another in a space. The new work has a central, rising orientation germane to historic imagery about exalting something as in divinity.“The gesture of lines and the forms are like words relating to each other, moving away and toward one another. The space between them is where the existential language is.. about the ebb and flow in life", Waters' says. 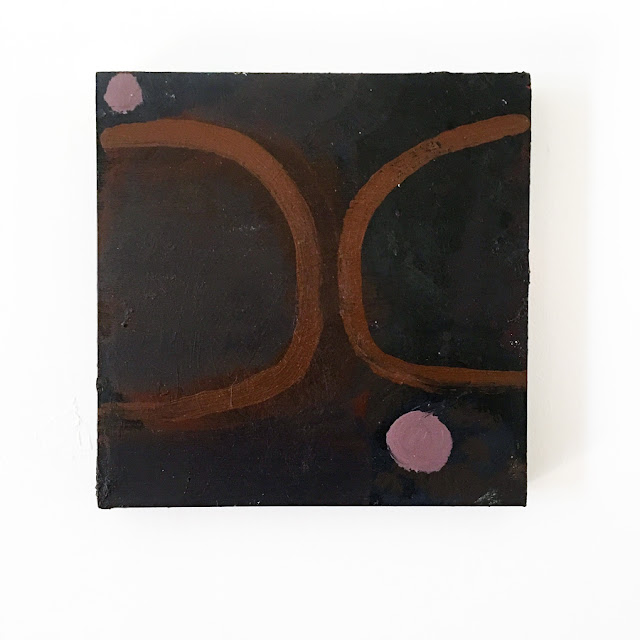 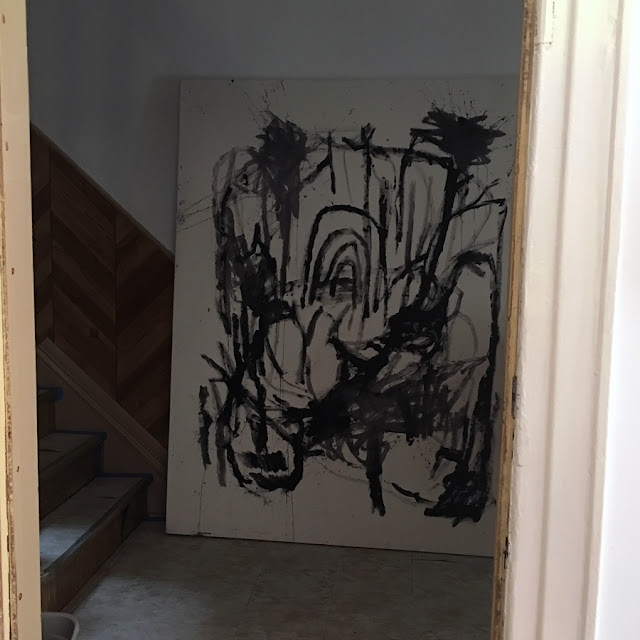 Nell Waters
The Language of Moving Towards

New painting along with current inspiration . . .

Paul Lynn Edwards (1948-2014) was raised in Detroit, MI. He was a veteran of the Vietnam War and was awarded the Purple Heart and Bronze Star. After his service, he moved to Memphis to attend the Memphis Academy of Art where he received a Bachelor of Fine Arts in Painting in 1981. He then attended Yale University where he earned a Master of Fine Arts in painting in 1986. Paul moved to New York after school where he taught at the School of Visual Arts and regularly showed his work at the Allan Stone Gallery. By the mid 90's Paul had returned to Memphis to focus on his painting. He often lived in makeshift studios that he created in dilapidated buildings and garages and rarely showed his work. Edwards spent his last years in rural Mississippi where he built his home from hand cut timbers and recycled materials and gardened with a passion.