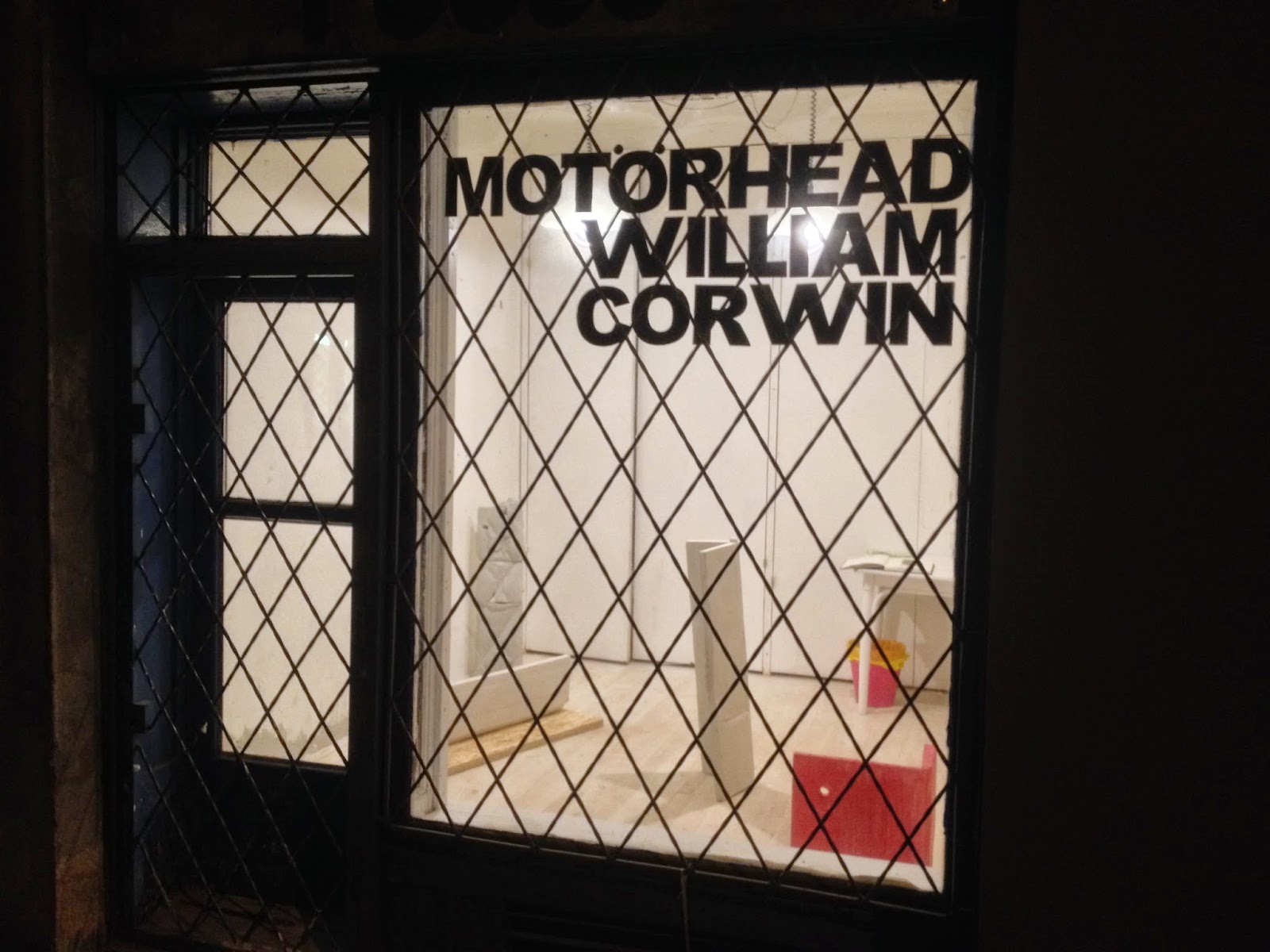 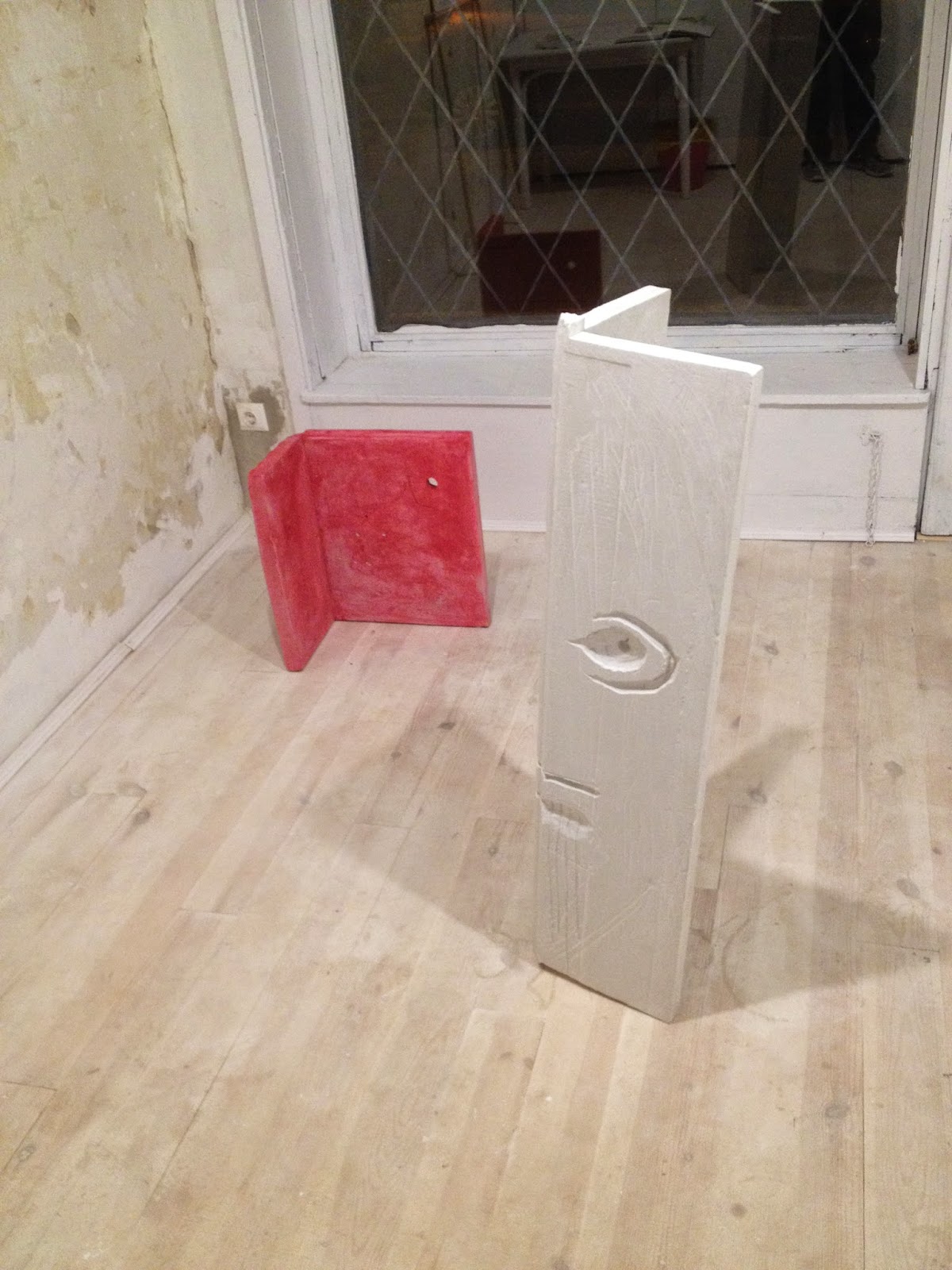 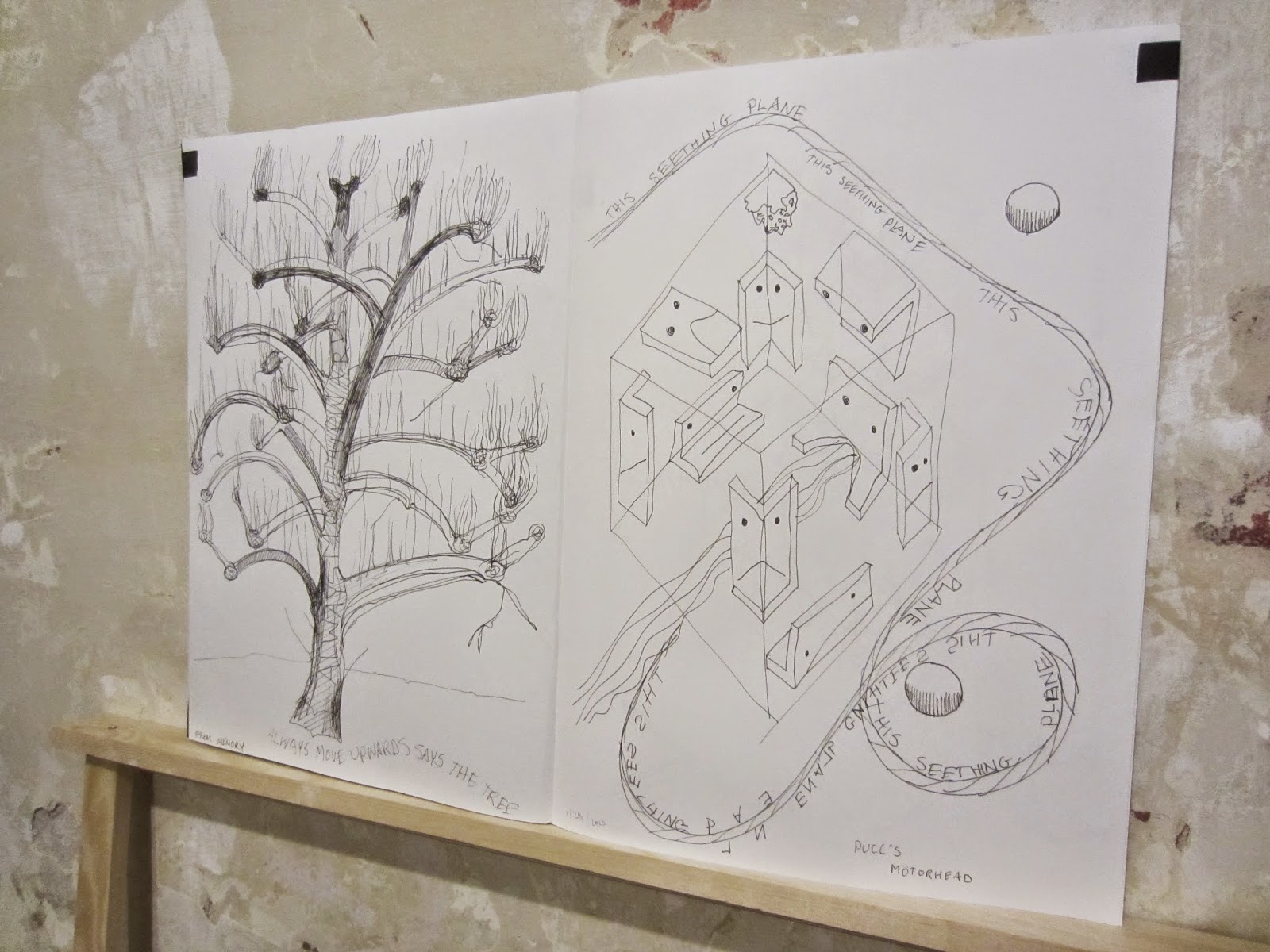 
A week and a half ago I visited two paleolithic caves in the Dordogne, Font-de-Gombe and Les Combarelles.  The artists in those caves had created their images by utilizing coincidental outcroppings and recesses in the caves that looked like forms they wanted to paint or carve--a bump in an overhang became a bison's head or a horses haunch.  At Puccs I started pulling casts from the space itself.  I felt that by making objects that derived from the textures and spaces of the gallery, I might draw out the beings or entities that resided in the place itself.  I then started going into the pieces, carving them or painting them, in an effort to move past the pure formalism of the shapes and their process.  On the largest freestanding piece I carved the face of a bison I had seen in Font-de-Gaume, itself a series of lines and circles that thad been inscribed in a round piece of stone in a cave.

Will Corwin is a sculptor based in New York City. He has exhibited at the Clocktower Gallery, chashama, Aferro Gallery, and LaMama in the New York area; internationally he has exhibited at the George and Jørgen Gallery in london, FRISE Künstlerhaus in Hamburg and Red Gate Gallery in Beijing. His work has been seen and written about in Sculpture Magazine, Rooms Magazine, Art Monthly, The New York Times, Time Out Beijing, The Vogue blog, Art 21 blog andThe Brooklyn Rail. He has a radio show on Clocktower Radio and his first book Broken Rooms, a collaboration with poet and author Ellis Avery, was published this year by Crumpled Press.