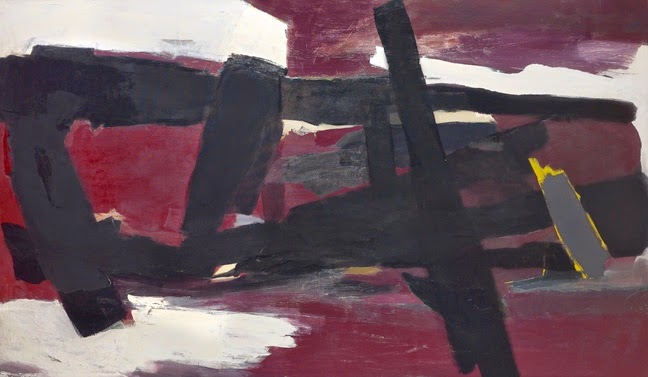 Perle Fine was an artist at forefront of the Abstract Expressionist movement as it unfolded in New York and East Hampton, Long Island.  Fine studied with Hans Hofmann and was a friend of Jackson Pollock, Lee Krasner, Willem and Elaine de Kooning, Franz Kline, and other leading artists of the era.  She gained recognition after World War II, when she received a grant from the Solomon R. Guggenheim Foundation and showed at both Peggy Guggenheim’s Art of This Century Gallery and the Museum of Nonobjective Painting (now the Guggenheim Museum). Her first solo exhibition was held at Willard Gallery, New York, in 1945.  Subsequently she showed at Betty Parsons Gallery and the Tanager Gallery, the first New York artist’s cooperative.  In 1949, she was one of few women artists invited by de Kooning to join The Club, the intellectual artists’ group that he and Kline led. Fine’s work has recently received the attention it has long been due in exhibitions that provide new insight into Abstract Expressionism, including a traveling retrospective organized by Hofstra University in 2009.