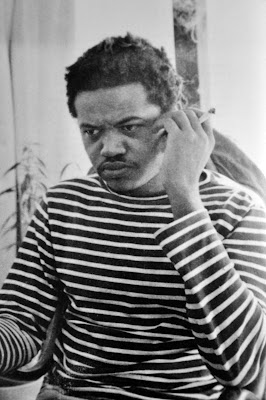 Thompson in Ibiza, 1962
(c) the respective photographer/ The Whitney Museum of American Art 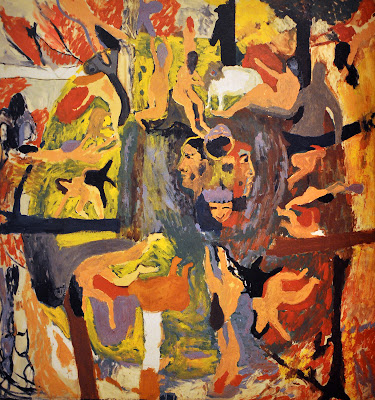 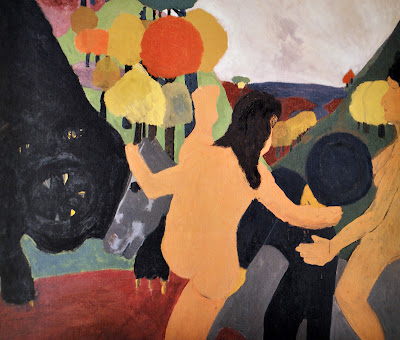 I got into a groove...where the subject matter was monsters. The whole thing was involved in a sort of poetry and the relationship was like man and woman to nature and beasts.
- Bob Thompson 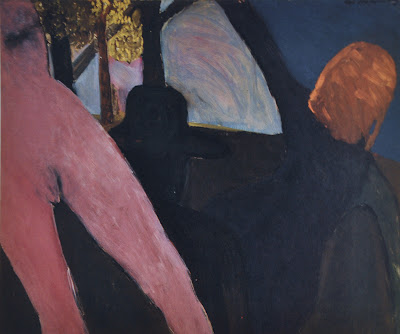 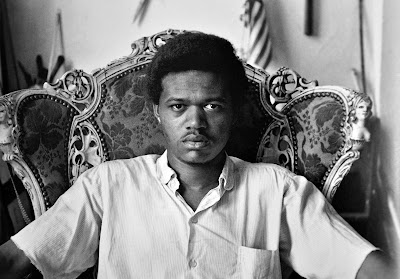 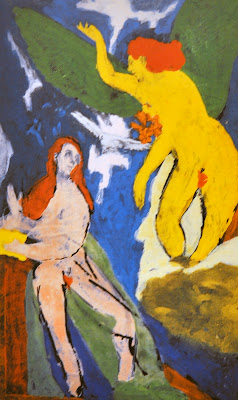 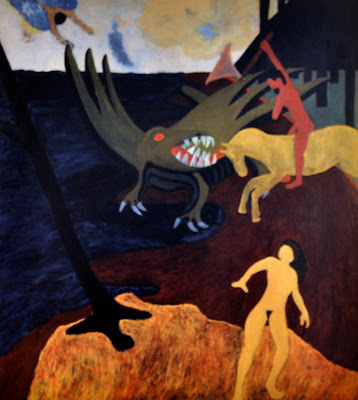 I think painting should be like the...like the theatre... [T]he painters in the Middle Ages, and the Rennaissance...were employed to educate the people...they could walk, and see what was happening...I am not specifically trying to do that...but, in a certain way, I am trying to show what's happening, what's going on...in my own private way.
- Bob Thompson 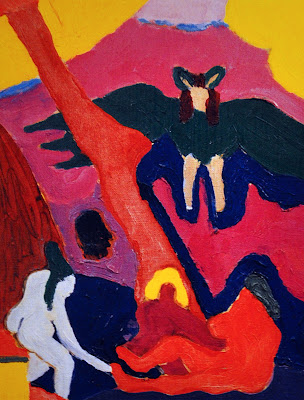 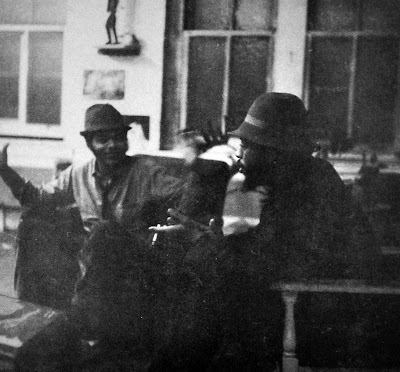 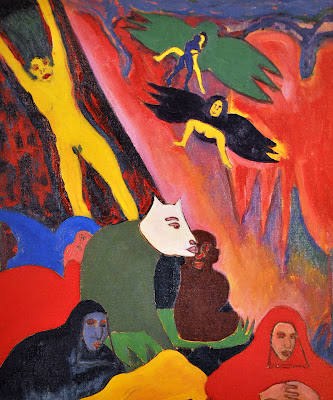 I wish people would stop talking so much- always criticizing this, that...Tonight is consisted of putting down Balthus, science fiction or other far-fetched things - Why do we often...speak of things that would...take a grand amount of knowledge to discuss with any depth? Terms thrown about like clothes of an untidy boy.
- Bob Thompson 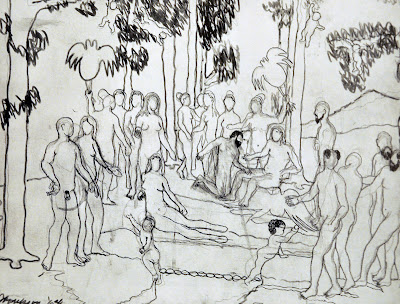 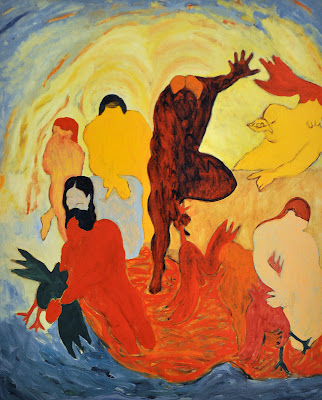 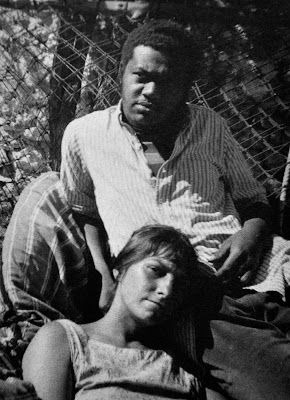 Bob and Carol Thompson in Ibiza, 1962
(c) the respective photographer/ The Whitney Museum of American Art

One time I brought my students from the Dayton Art Institute to New York for a field trip. Bob gave a four hour lecture in his studio starting at three A.M., after we had been at the Five Spot listening to Thelonius [sic] Monk. After the lecture, Bob and I drove to Staten Island just to ride over the new Verazzano [sic] Bridge...Bob painted the whole next day and well into the night. No sleep for 36 hours...
- Jay Milder 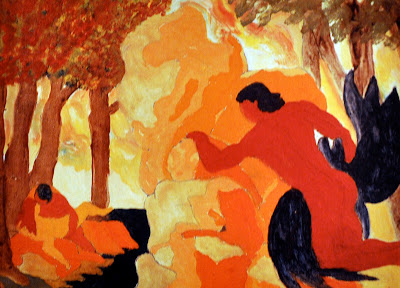 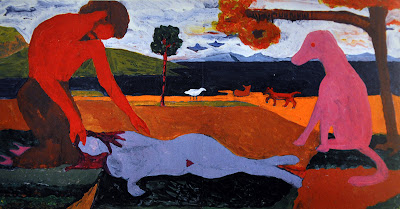 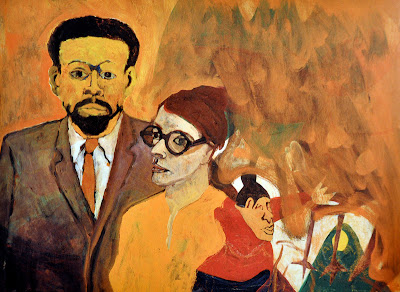 Freedom is not something that anybody can be given; freedom is something people take.
- James Baldwin 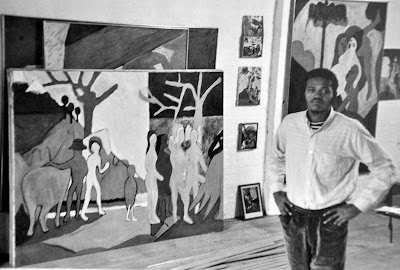 ...it is neccessary for me to utterly repudiate so-called good painting in order to be free to express that which is visually true to me...My aim is to project images that seem vital to me...images...that seem to have meaning in terms of feeling...
- Bob Thompson

wow, I love these paintings! For some reason I'm drawn to figures painted as flat forms with a single color. These are some great images.

Thompson is right up your alley then! I love his work.

We hung out a lot after cedar Bar closed
I pushed him into theme that were universal.
Once flew down south for a show Richter had organized as an affront to segregation at the time. At the boozy opening I wondered who Jack Daniel was.