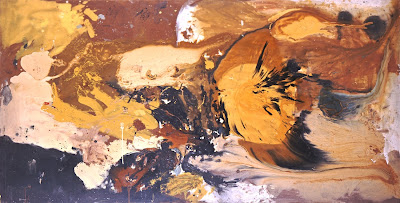 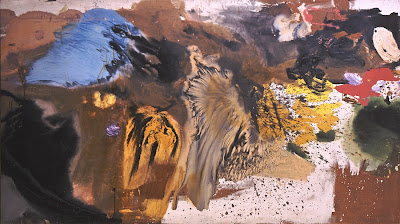 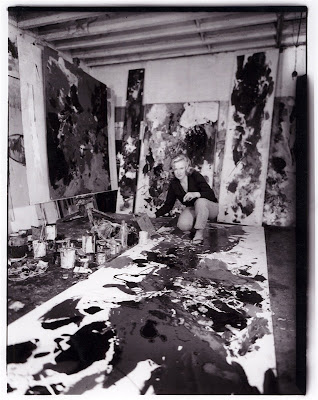 '…energy, laid down in colour and transmitted in shockwaves to the viewer’
Broadcaster Andrew Marr on the work of Gillian Ayres
In partnership with the Alan Cristea Gallery, the Jerwood Gallery are delighted to be exhibiting a comprehensive survey of Gillian Ayres' early works, made between 1957-1960. The series of paintings, on display in the public domain for the first time, were the works that first brought Ayres into the public eye and established her as a leading painter of her generation.
The exhibition marks 30 years since Ayres was elected as an Associate Royal Academician, and over 50 years since she took part in the Art Council’s ‘Situation’, a touring exhibition showcasing the YBAs of the day and which Ayres credits as firmly establishing her reputation as one of Britain’s first and most eminent abstract painters. Gillian Ayres was made an OBE in 1986, was shortlisted for the Turner Prize in 1989, became a Royal Academician in 1991 and was made a CBE in 2011.
All images are courtesy the artist and the Alan Cristea Gallery 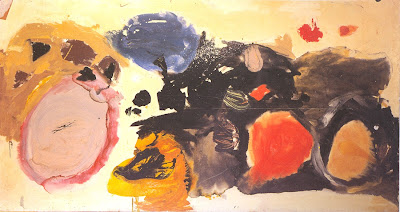 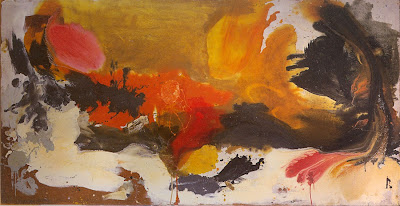