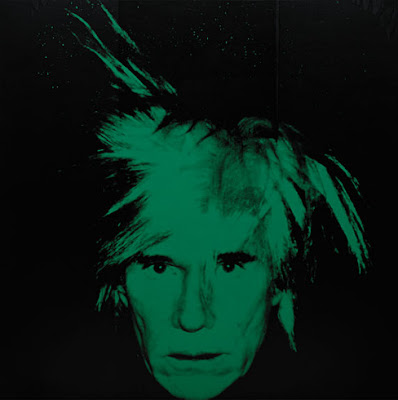 This autumn, The Metropolitan Museum of Art's major exhibition is "Regarding Warhol: 50 Artists, 50 Years." Warhol's influence extends not just across the visual arts, but across the literary arts as well. John Yau, Wayne Koestenbaum and Megan Volpert, three writers all notable for both poetry and essay, have been particularly concerned with Warhol. Yau's 1983 book of art criticism, Koestenbaum's 2001 biography and Volpert's 2011 hybrid poetry collection each explicitly shaped an understanding of Warhol's s

ubjectivity. These authors have carved a book out of Warhol, and conversely, Warhol continues to carve out a space in their books. Yau, Koestenbaum and Volpert will read from their latest work and have a conversation about Warhol's inexhaustible influence. There will be time for Q&A.


About the authors:Wayne Koestenbaum, a Distinguished Professor of English at the CUNY Graduate Center, has published fifteen books of poetry, criticism, and fiction, including Humiliation, The Anatomy of Harpo Marx, Blue Stranger with Mosaic Background, Best-Selling Jewish Porn Films, Hotel Theory, and Andy Warhol. An exhibition of Koestenbaum's paintings will be on view at White Columns in New York from October 27 through December 8, 2012. Megan Volpert is a poet and critic who lives in Atlanta, where she teaches high school English. Her fourth book is Sonics in Warholia (Sibling Rivalry Press, 2011). Volpert has been in competition at the National Poetry Slam and is Co-Director of The Atlanta Queer Literary Festival. She is currently editing an anthology on queer pedagogy and researching a book on the American bicentennial. John Yau is a poet, fiction writer, critic, independent curator and publisher of Black Square Editions. His criticism includes In The Realm of Appearances: The Art of Andy Warhol (1993) and A Thing Among Things: The Art of Jasper Johns (2009). His most recent book of poems is Further Adventures in Monochrome (2012). He was the Arts Editor of the Brooklyn Rail (2005 – 2011), but left to start an online magazine, Hyperallergic Weekend. He has contributed to monographs on Joan Mitchell, Richard Artschwager, Ed Paschke, Roger Brown, Lois Dodd, Thomas Nozkowski, Philip Taaffe, Mary Heilmann and Catherine Murphy. He teaches at Mason Gross School of the Arts (Rutgers University), and lives in New York City.
on October 05, 2012