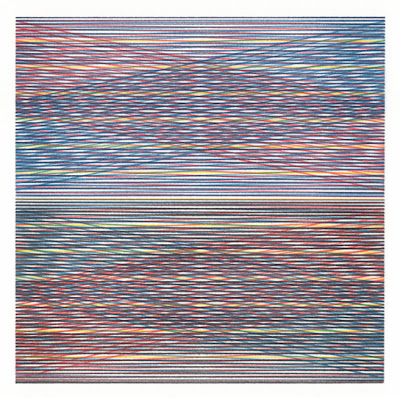 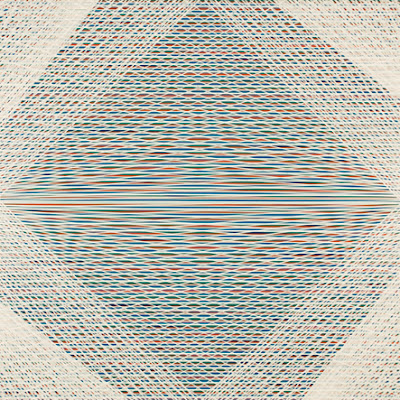 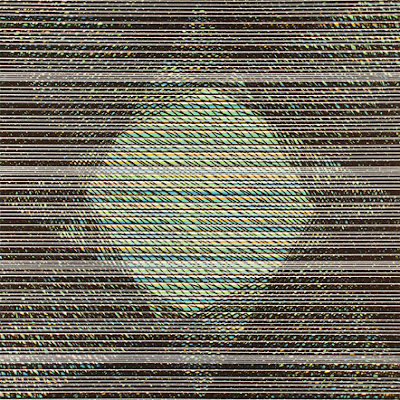 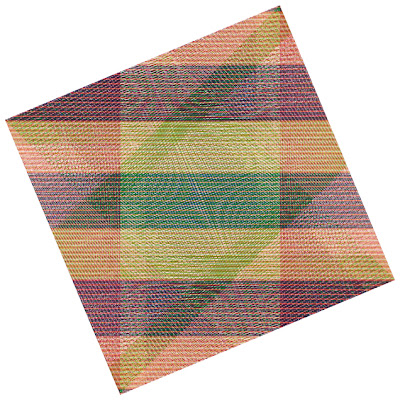 Rob de Oude makes straight lines bend. He achieves this perceptual effect through a rigorous and meticulous painting process, layering and weaving matrices of straight lines until, between the contrasting colors and crisscrossing patterns, grids begin to bow and warp. This visual slight, a more painterly and maximalist type of Op art, tricks the eye through sheer ocular overload. In an age of unabated visional stimulation, these super-imposed networks speak of digital delirium, increased connectivity between disparate points and, perhaps most crucially, unbridled visual pleasure.

Much like a web — whether of fiber-optic cables or spider-spun silk — de Oude’s compositions have a seductive power that’s difficult to escape. Indeed, each piece reveals more of itself the longer viewers’ eyes remain caught in its patterns. The many precise and overlapping threads begin to separate and become distinct, previously unnoticed hues emerge, and the compositions seem to shape-shift and spin as viewers parse the works’ optical static. The latticework of lineaments slowly reveals its inner logic.

De Oude’s paintings demand contemplative and close engagement beyond their immediately gripping visual tricks. Looking at a piece can induce a trance-like immersion not unlike his painting process. A surprisingly simple rig with clamps and ruled edges allows for an infinite variety of fine lines applied in dozens of layers over a base of airbrushed neon clouds. By juxtaposing contrasting hues, he builds up a complex mesh whose individual strands can only be teased out on close inspection.

For his exhibition at Galerie Gourvennec Ogor, de Oude will be showcasing four series of works, two of which are recent developments in his practice and feature the tilted perspectives that give the show its title. In addition to sets of large canvases and wall pieces, he has begun experimenting with rotated canvases for his newest and brightest medium-sized paintings. Full of competing shapes and shifting colors, these canted works throw the composition further off balance, suggesting new potential horizons. And in sharp contrast to recent pieces dominated by Day-Glo blues, lime greens and radioactive yellows, de Oude has pared down his palette to create his first series of monochrome paintings. Without the complex interplay of colors, these works focus attention on line and geometry in a manner that evokes the likes of Bridget Riley or Victor Vasarely.

In all four series featured here, however, de Oude demonstrates his prodigious talent for turning rigid grids into enveloping nets. What he calls attention to, above all else, is how willingly our eyes can be seduced from linear ways of thinking and looking into swirling patterns of color and webs of lines designed to ensnare vision. As we let ourselves become lost in the grids, like optical flâneurs wandering a boundless maze, previously invisible images shift into focus.

Rob de Oude was born in the Netherlands and studied at Amsterdam’s Hoge School voor de Kunsten and SUNY Purchase in New York. He currently lives in Brooklyn and has his studio in Queens, where he is also the co-director of the gallery Parallel Art Space. 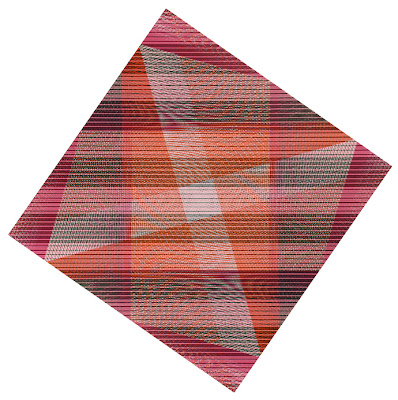 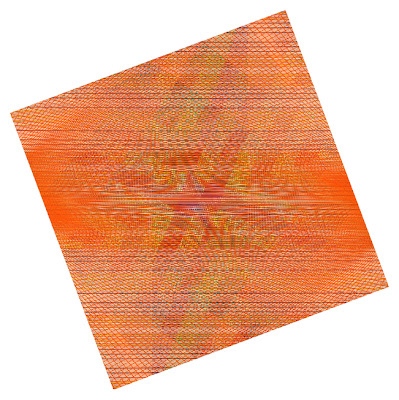 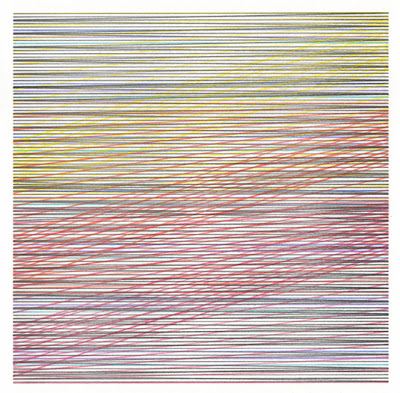 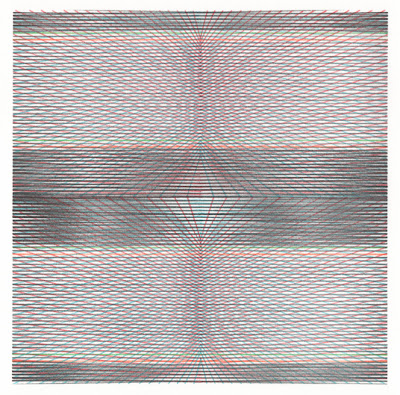 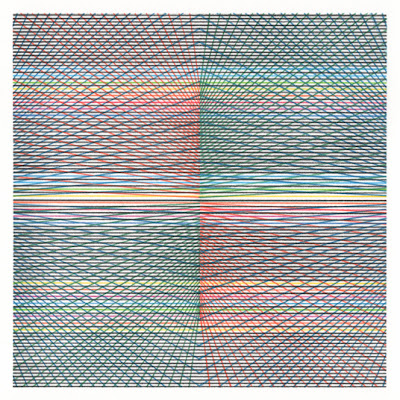 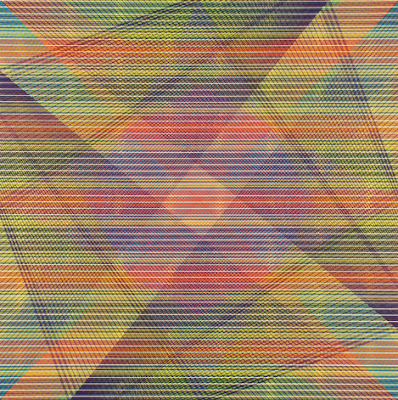