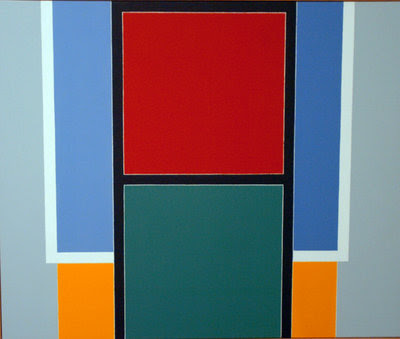 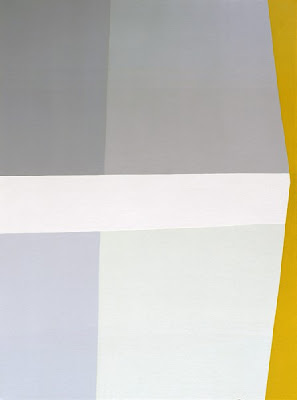 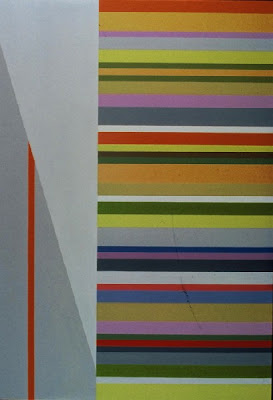 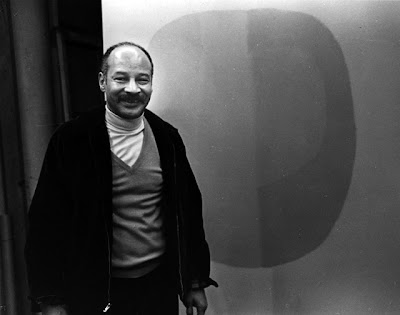 Working primarily in an abstract manner from the mid-1950s forward, Hines created a body of work of extraordinary quality and originality. His abstractions synthesized a keen sensibility of an accomplished draughtsman with the poetry and inventive structure that linked his work to the American abstract tradition of Stuart Davis, Al Held, Barnett Newman and Mark Rothko.
Hines did not see abstract art as too personal, or too introspective, or too esoteric.  For him making art, crafting compositions that had the characteristics of complex 20th century modernist works occupied him totally.  He was committed to painting as a professional occupation.
From the mid-1950s forward, Hines produced a large body of abstract work.   Paintings such as Church (1950) show that his creativity was not limited by mimetic concerns.  Here he privileged an analytical-interpretative vision of the church, transforming the image of it into something that spoke more to the mind than to the eye.
In pieces like Midnight Garden (1991), it is clear that Hines had achieved a mastery of composition, color, space, and design.  The many times I visited Hines’s studio I never got tired of looking and re-looking at this work. I always felt that I was missing something, although I had carefully scrutinized this painting.  It is a construction of visual elegance that has a compelling narrative that never quite tells the end of the story.
In so many of his works, Hines takes what  appears to be  simple objects or subjects and produces works that speak to us in many ways.  They raise epistemological and axiological issues that reveal Hines’s strong intellectual interests as an artist.  For instance, in Image (1958) Hines brings us into the central part of the picture then presents equivocal shapes that suggest both proximate and distant space.  He uses a light, warm, neutral color to define the delimitations of the top and right sides of the painting.  He uses binary framing devices and also ambiguities with respect to the spatial definitions that are unique to him at this time in his career.
- Taken from a short bio, written by Floyd Coleman, on the David C. Driskell Center website.
Read more here 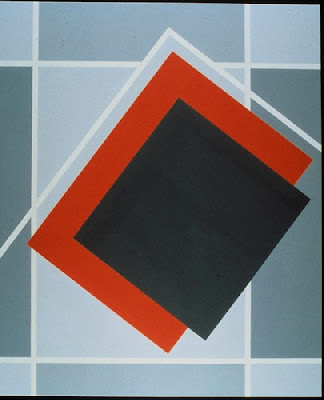 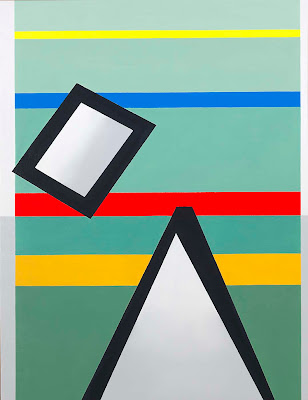 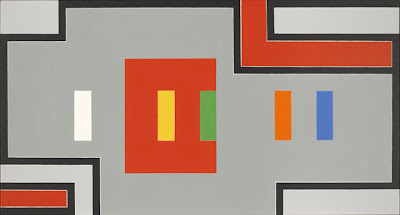 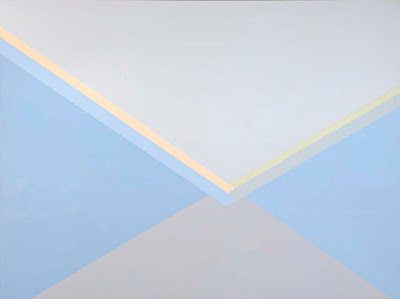 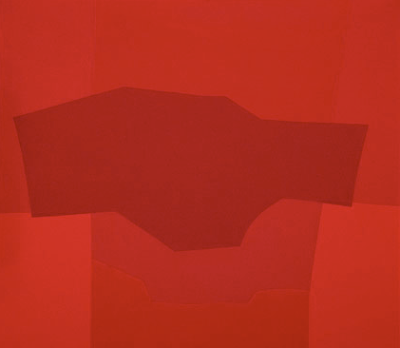 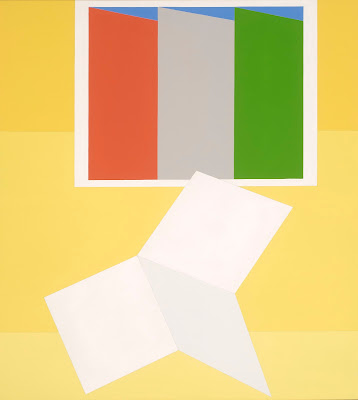 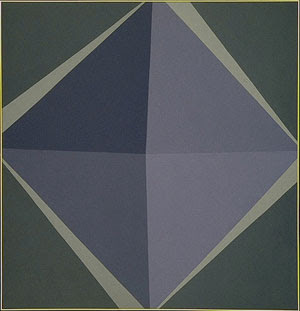 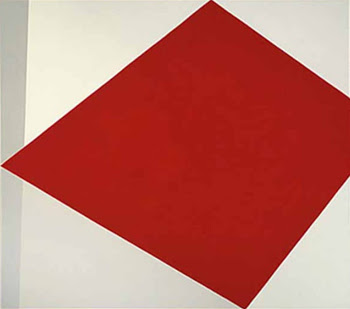 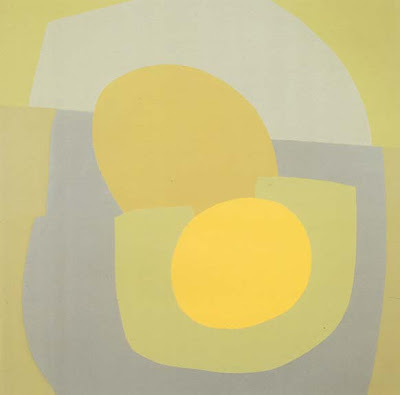 *All images of work © The Estate of Felrath Hines
**The photographer of the portrait of Hines could not be identified.
on October 19, 2012

Thanks for this Paul! Beautiful paintings - never heard of him and glad to have discovered his work on your blog. Thanks for posting.