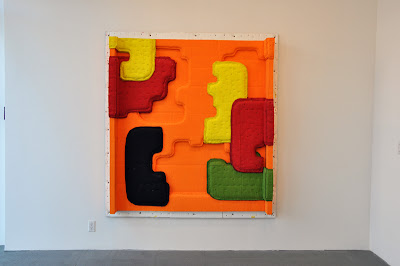 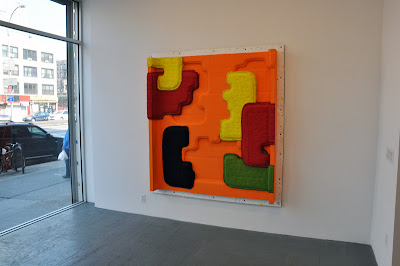 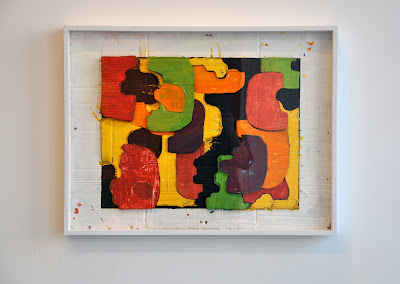 From the press release:
Goodwin's recent work demonstrates his continued interest in the possibilities of painting in terms of an object-like, material experience and as a socio-political endeavor. Maintaining the inherent connection to everyday life experiences, Goodwin transforms the workaday material, cardboard, with a dense layering of overlapping painted shapes.  Inverting the idea of a canvas by painting on the inside of a cardboard box, Goodwin's colors and shapes build and interact within the box form.  Goodwin uses many colors associative of the revolutionary atmosphere in the United States in the 1960s and 1970s.  For example, inTania's Day, the orange and black palette is reminiscent of the Symbionese Liberation Army symbol.  The textural quality of worn upholstery enfolds the viewer and recalls the interior spaces of factories and diners - physical environments where social networking would occur and communal and political ideals were shared and born. 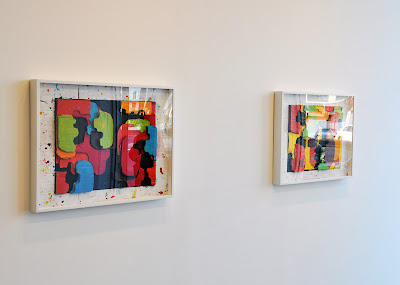 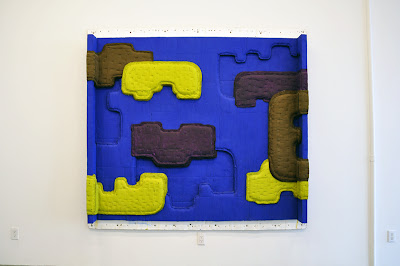 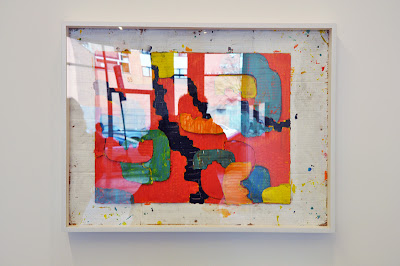 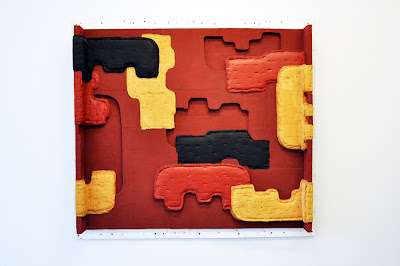 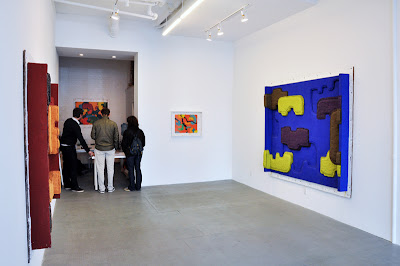 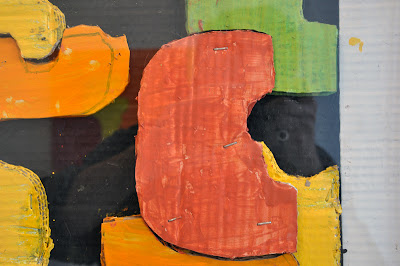 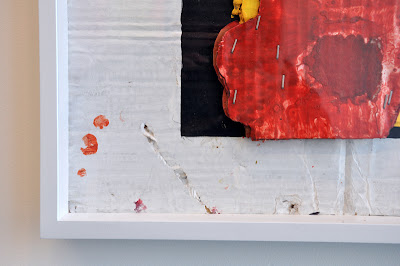 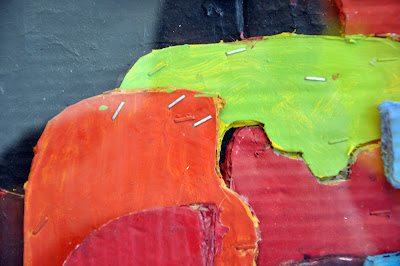 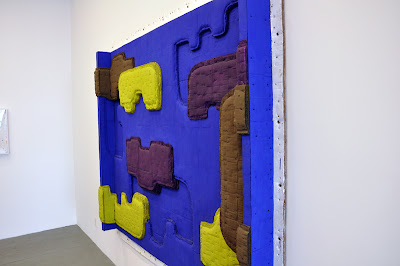 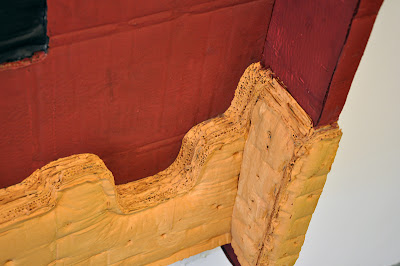 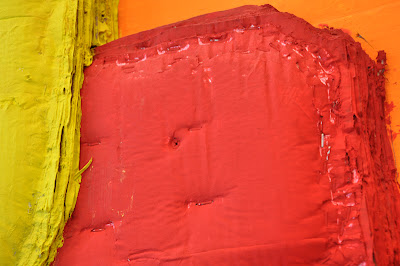 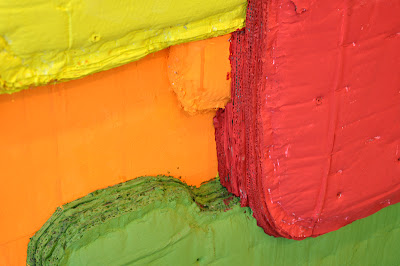 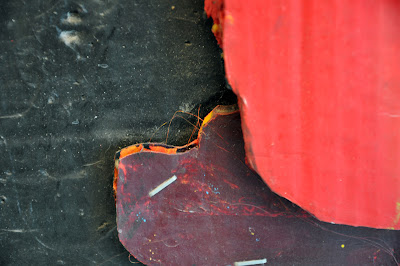