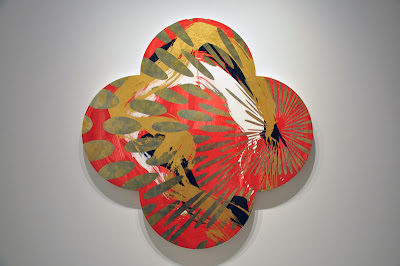 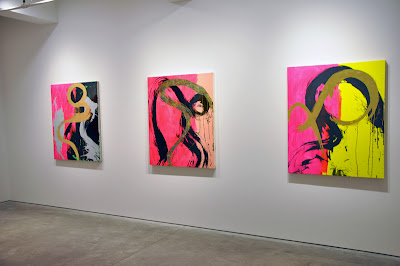 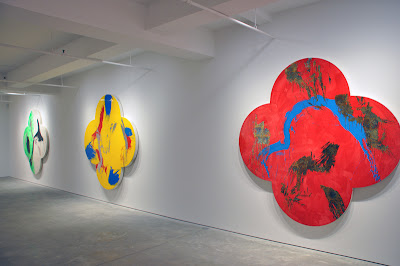 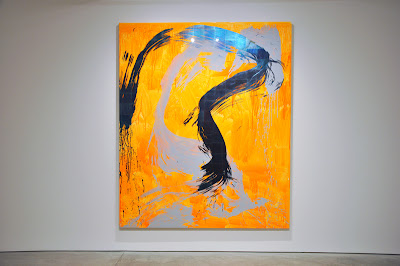 Gary Snyder Gallery is pleased to announce Max Gimblett: The Holy Grail, an exhibition of paintings and drawings at 529 West 20th Street. Opening on March 1, 2012, the exhibition is Gimblett’s first in a New York gallery since 2005. Fifteen of the artist’s luminous, gestural paintings will be on view, including four monumental, quatrefoil-shaped canvases. The exhibition will also feature a selection of sumi ink drawings, the creation of which is an integral part of Gimblett’s process.

The exhibition offers an in-depth look at the artist’s work since 2009—glossy, calligraphic abstractions in high-keyed hues, many of which feature large expanses of gold, silver, and aluminum leaf. Often, only a few brushstrokes or simplified shapes appear on the surfaces of these paintings. Works in the exhibition such as The Holy Grail (2009) and Exodus Kimono (2011) demonstrate Gimblett’s unique ability to create compositions of incredible depth and complexity with comparatively little.

Born in Auckland, New Zealand in 1935, Max Gimblett emigrated to Canada in 1962. Between 1962 and 1964, Gimblett apprenticed as a potter. In 1965, the artist arrived in San Francisco and began studying painting at the San Francisco Art Institute. While still a student, Gimblett came under the influence of Abstract Expressionist masters Willem de Kooning, Jackson Pollock, and Robert Motherwell, as well as the sumi-e traditions of Rinzai Zen. In 1972, Gimblett relocated to New York. Two years later, the artist met pioneering filmmaker and sculptor Len Lye. The two formed a close friendship that lasted until Lye’s death in 1980. His emphasis on sudden and intuitive bodily movements had a profound impact on Gimblett’s work, one that continues until this day. 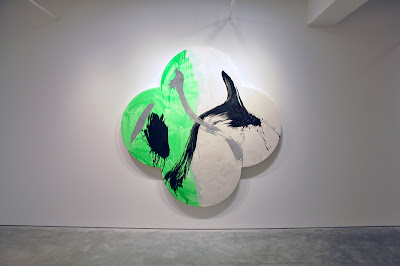 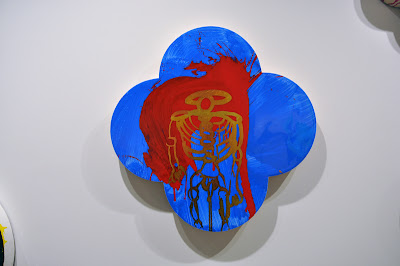 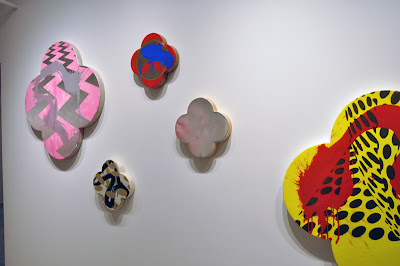 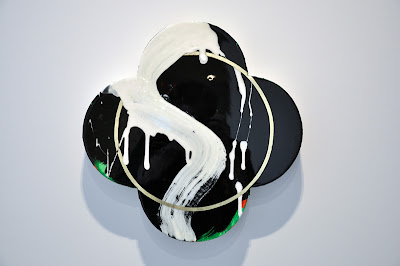 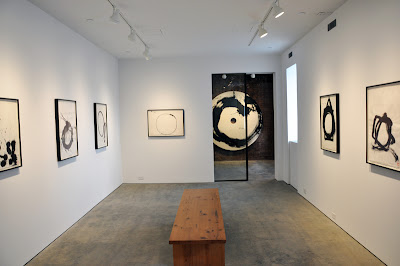 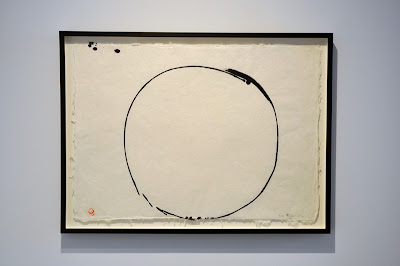 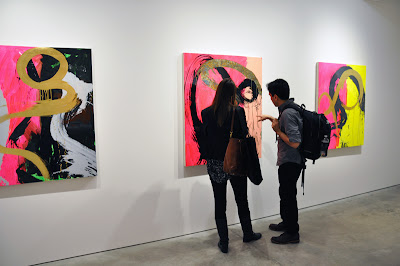 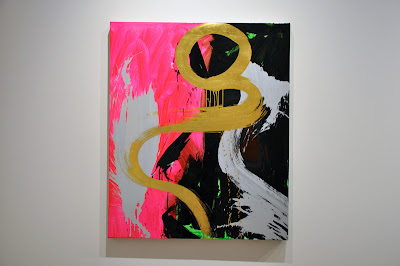