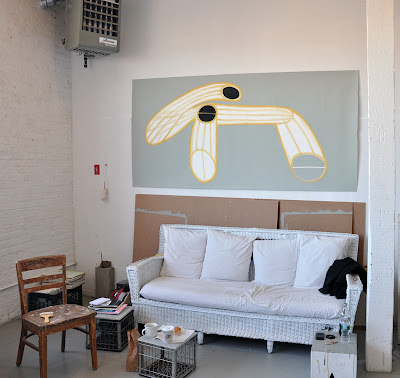 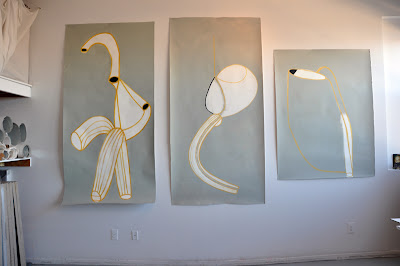 I recently paid a visit to the Bushwick studio of the painter Patricia Satterlee.
Satterlee's large paintings on paper are unique for a number of reasons. First, they are large, at a time when many Brooklyn painters are scaling down. Second, and more importantly, they combine the rough spontaneity of the preliminary sketch with an elegant, minimal thoughtfulness that one usually associates with theory-heavy formal work.   A language has evolved here. The repetition of elements produces a myriad of distinct but connected forms whose identities can be underscored or obscured by propping up a line with a diffused aura or by blotting out or by making form transparent with the laying on of paint. 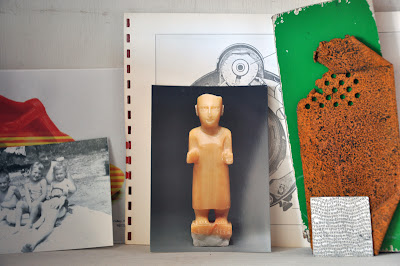 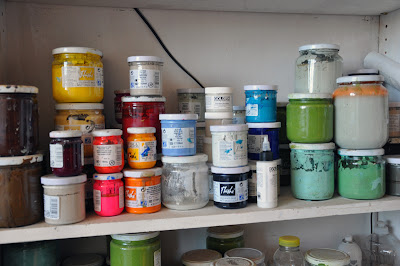 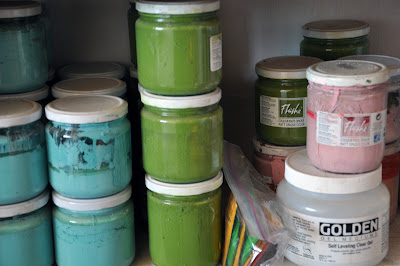 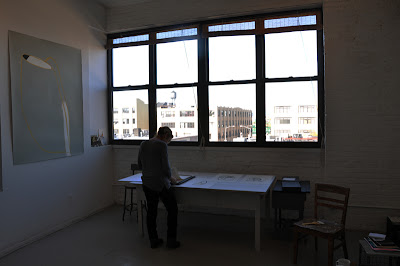 Satterlee in her studio on Grattan Street in Bushwick. 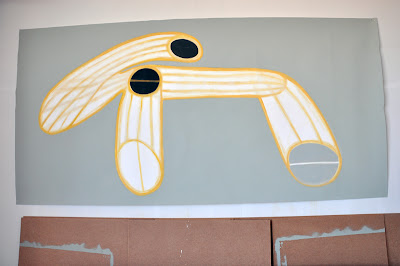 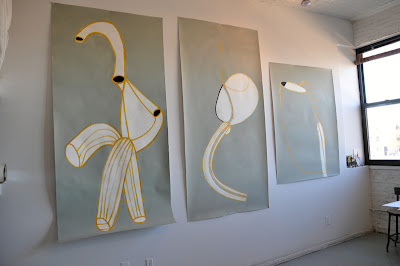 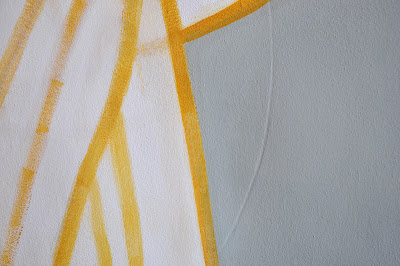 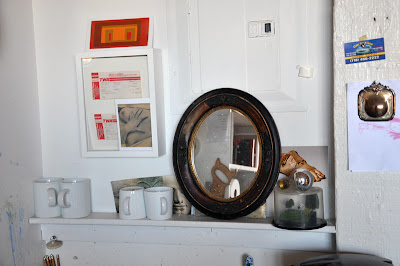 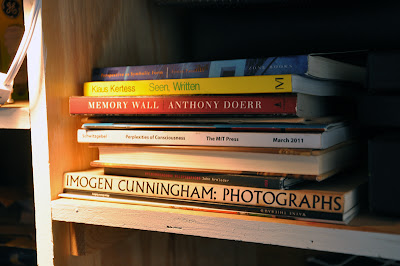 Painted Drawings are rhythmic structures of sensory experience.  More intuitive than intellectual, the orbits have a motion that feels both ancient and primal, immediate and futuristic. The paintings capture the spontaneous energy pursuing its course with lines suggesting the space between the things. In a confluence of swirling halos going from one object to another the flux lines make forms of their own identity.
- Patricia Satterlee, 2011 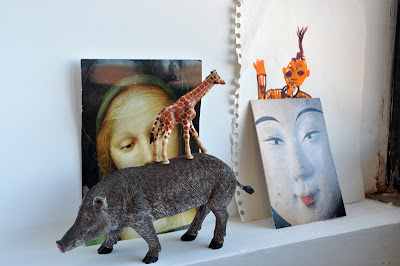 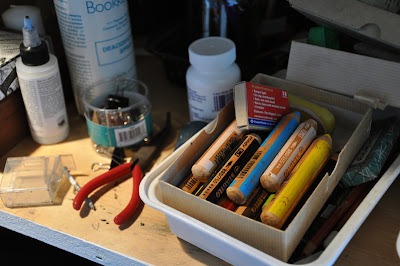 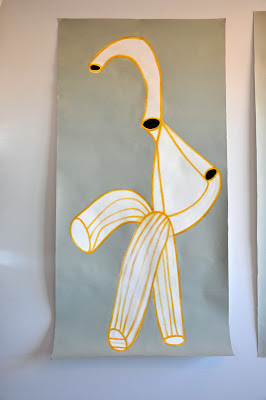 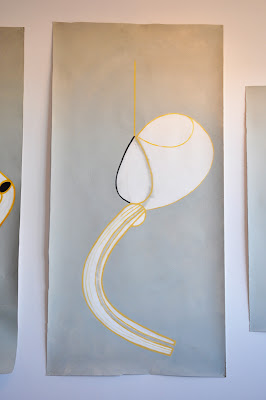 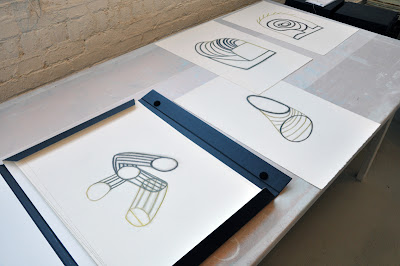 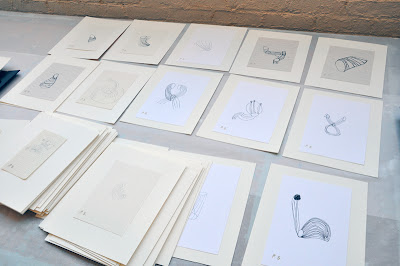 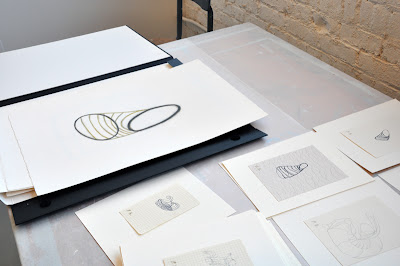 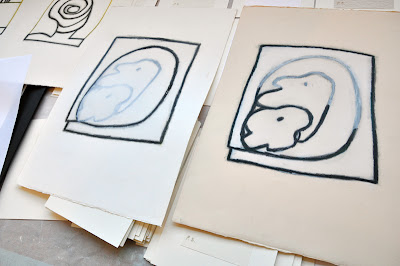 Starting as working drawings, the works are then brought to a more concrete state, some eventually ending up as the basis for the large, completed paintings.

Painted Drawings: Recent Work by Patricia Satterlee
On view through October 23.
A closing reception for the artist will be held on October 23, 1-6 PM
Norte Maar
83 Wycoff Avenue, #1B
Brooklyn, NY

Thanks Ariele! That's certainly a compliment considering how great your own photographs turn out.

I just recently discovered Patricia's work and I am CRAZY for it. I think it is the clean, graphic quality of the drawings,the objectness of the paper, and the strong color. But.. I also love how I don't really know what the "things" in the drawings are. My mind just wanders in delightful contemplation!