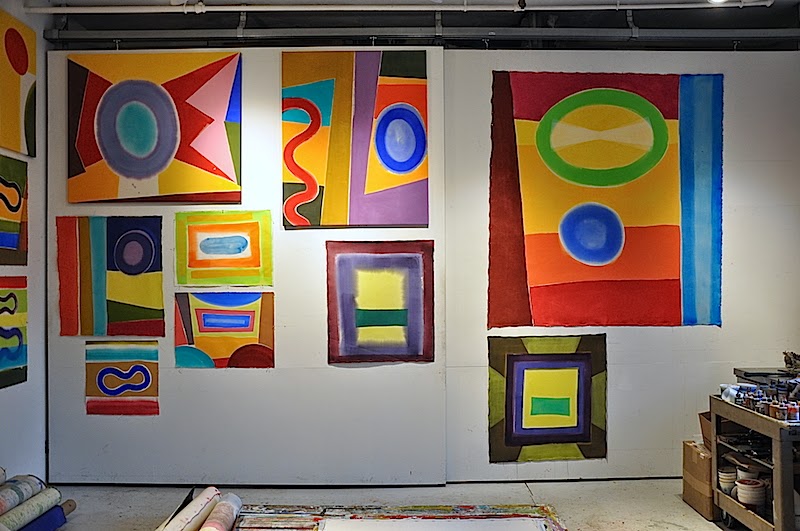 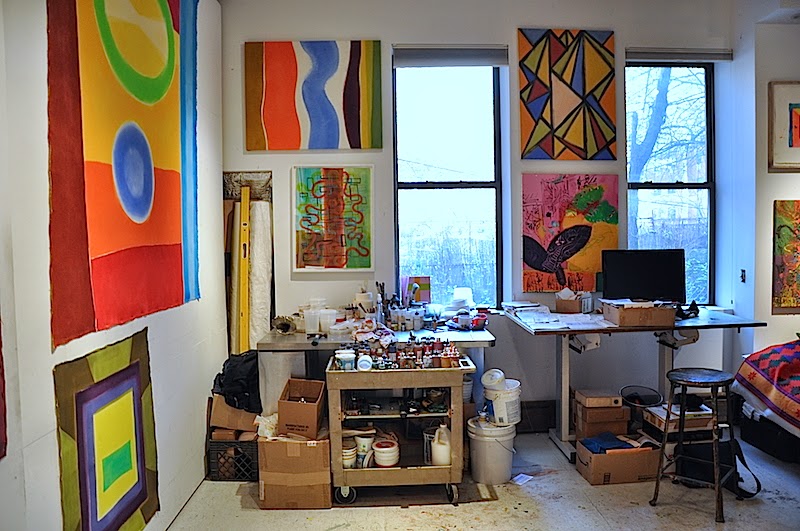 Timperio works while surrounded by a collection of paintings by friends. Above right is a painting by Thornton Willis. 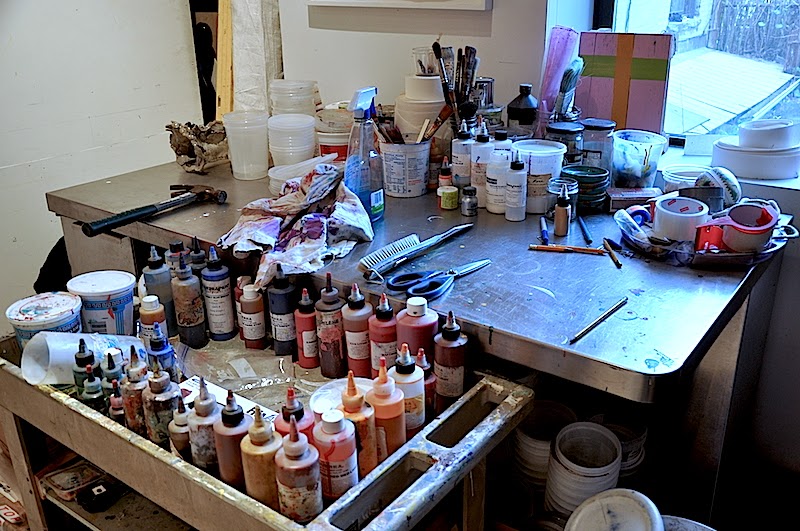 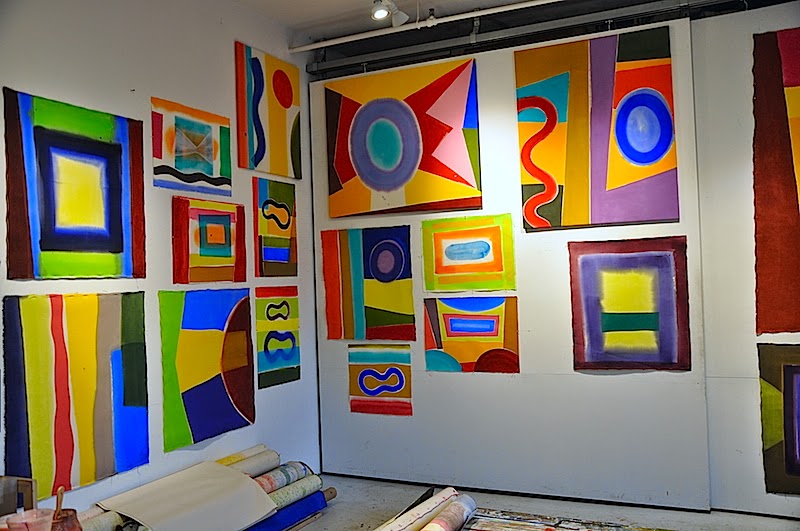 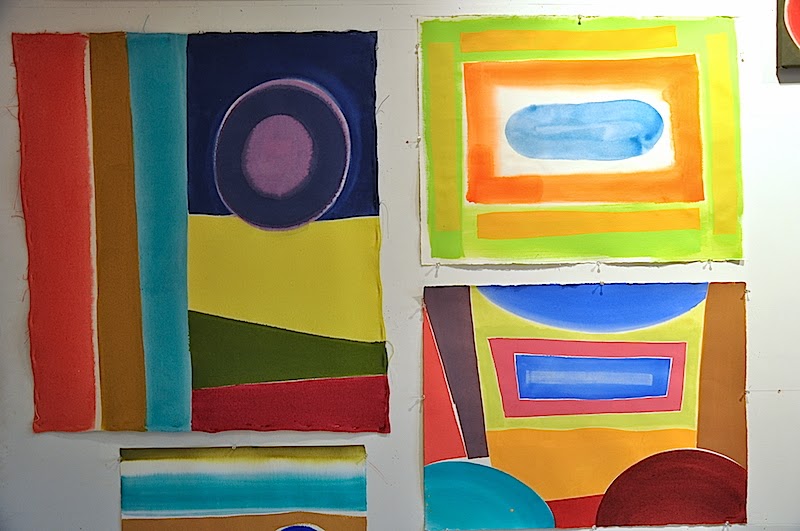 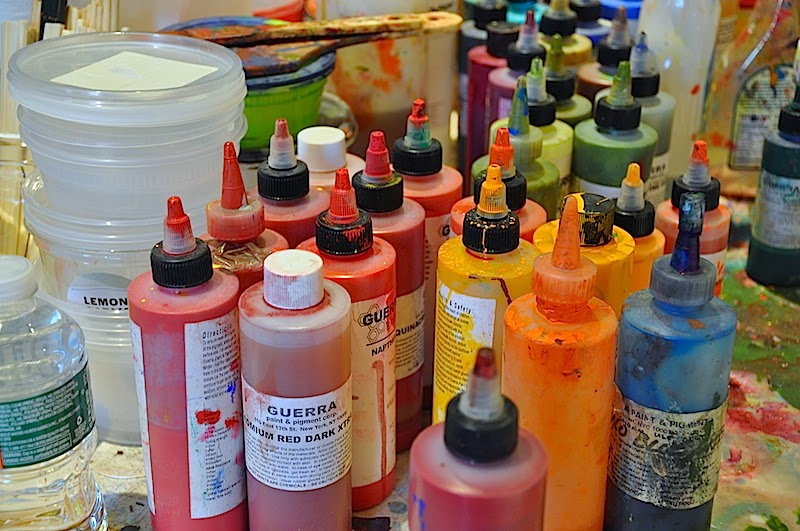 An older work by Timperio. 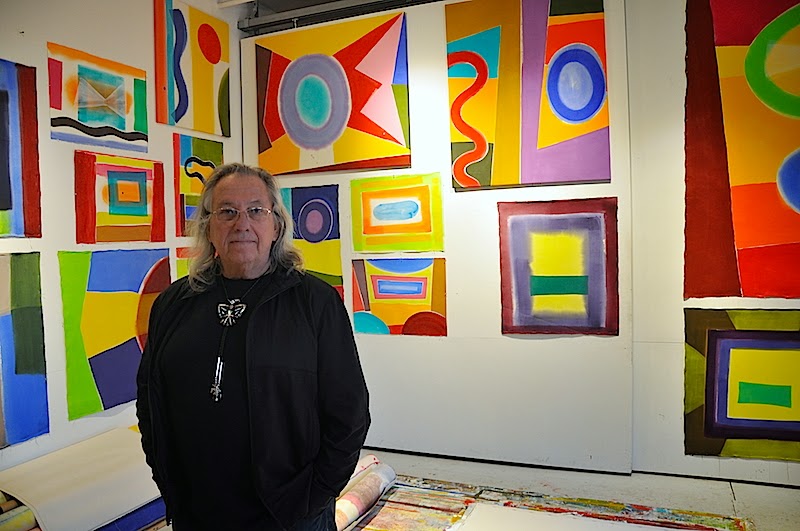 Richard Timperio in his studio in Williamsburg, Brooklyn.


Last Thursday I took a trip out to Williamsburg for a visit to the studio of Richard Timperio.

Timperio moved to the once desolate neighborhood in 1979. In addition to his painting practice he opened the first incarnation of Sideshow Gallery in 1994 and continues to operate the seminal space (one of the largest, private exhibition spaces in Brooklyn) presenting the work of Tom Evans, Larry Lee Webb, Thornton Willis, Larry Poons, Dan Christensen, and Chris Martin among many others.

During our visit Timperio presented new work aligned with his paintings currently on view at Andre Zarre Gallery.

Timperio's bold color and interlocking forms lay the groundwork for the paintings' formal concerns and create a backdrop for primed canvas outlines, imperfections in the surface, and scumbled whites.

These elements work together with the newly found solidity of some forms to illicit a certain transcendent excitement. Think California Moonies meet the Transcendental Club of 1840's era Cambridge. Timperio's work embodies that collision of bright certainty with a strong belief in the power of the individual and, to my mind, a link to the divine.

Richard Timperio: Recent Paintings and Works on Paper is currently on view at the Andre Zarre Gallery in Chelsea through May 9. 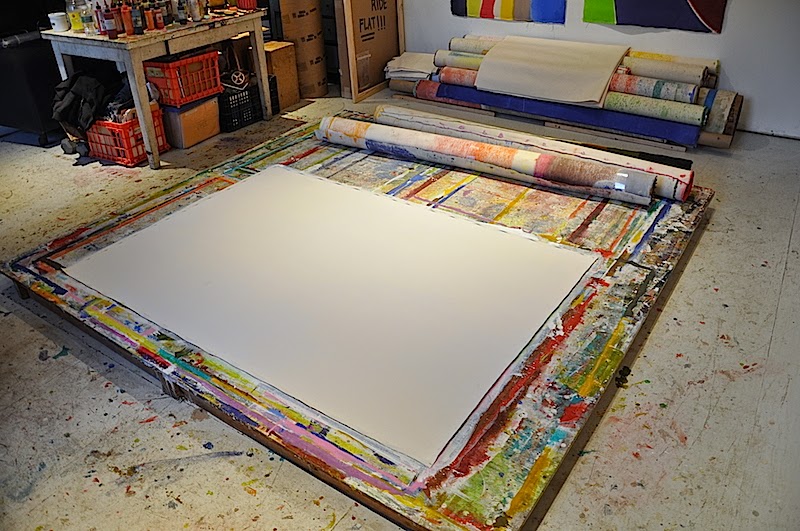 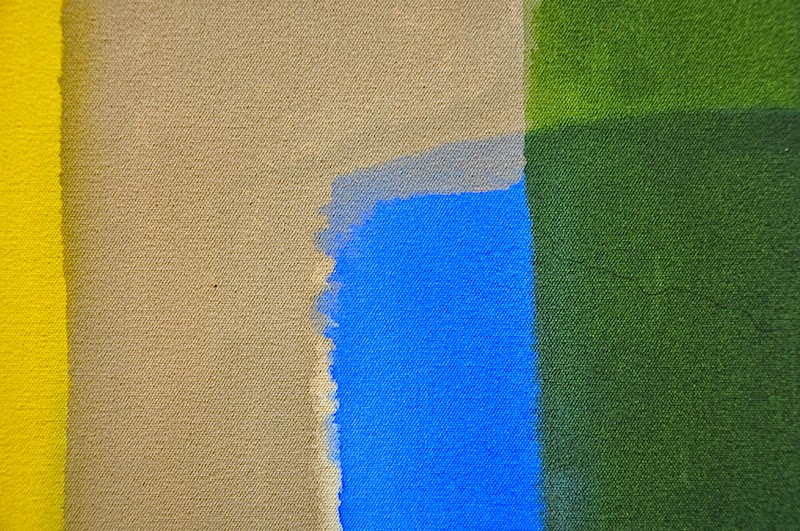 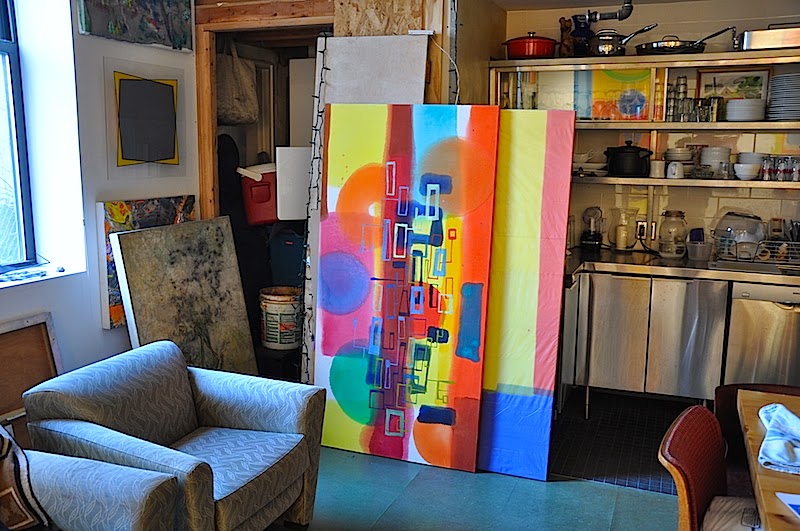 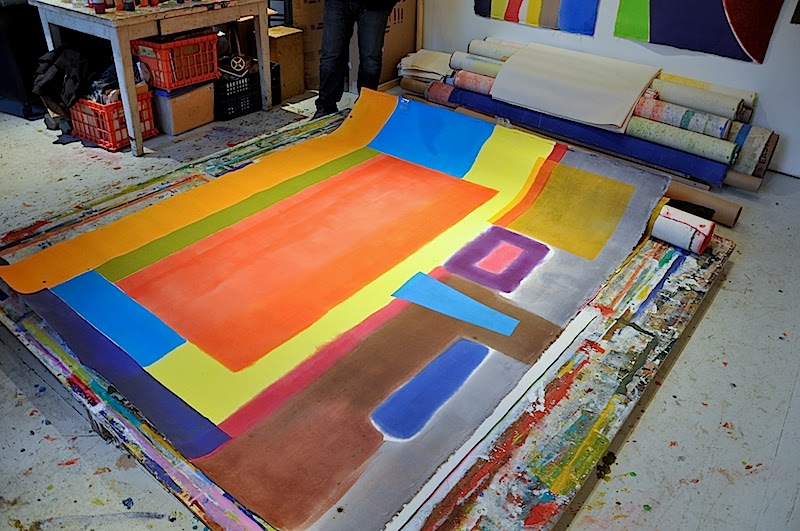 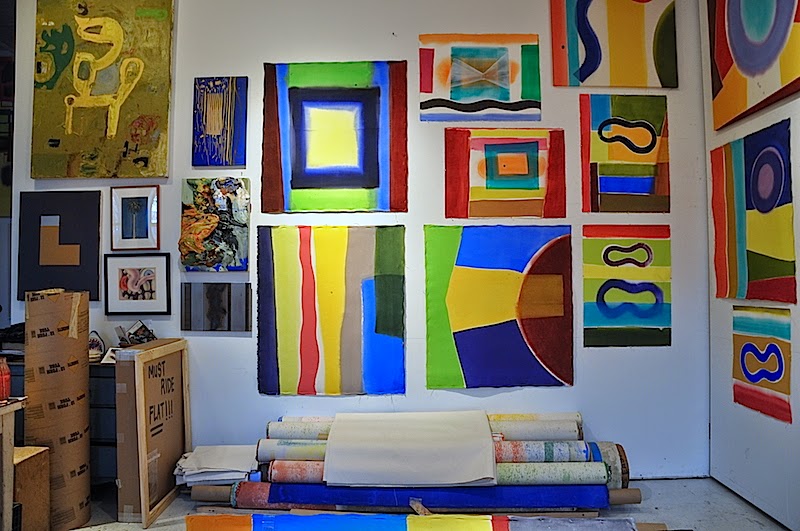 New work by Timperio shares a studio wall with work by friends Larry Lee Webb (above left) and James Walsh (just below and to the right of Webb). 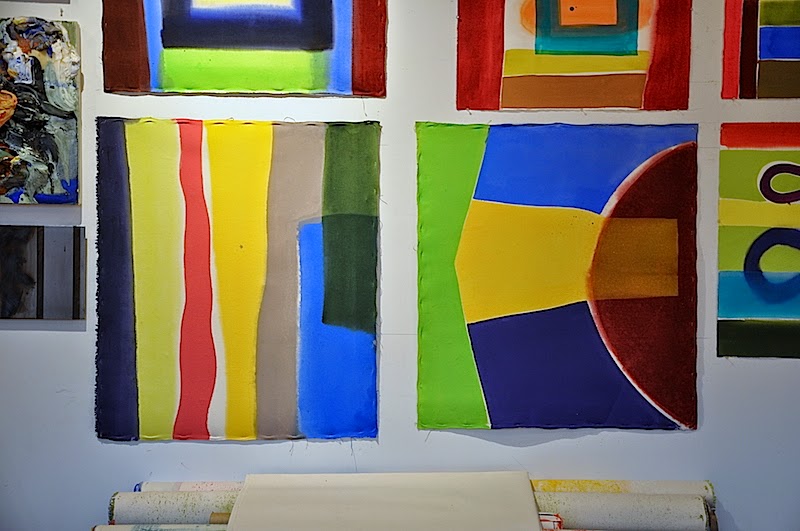 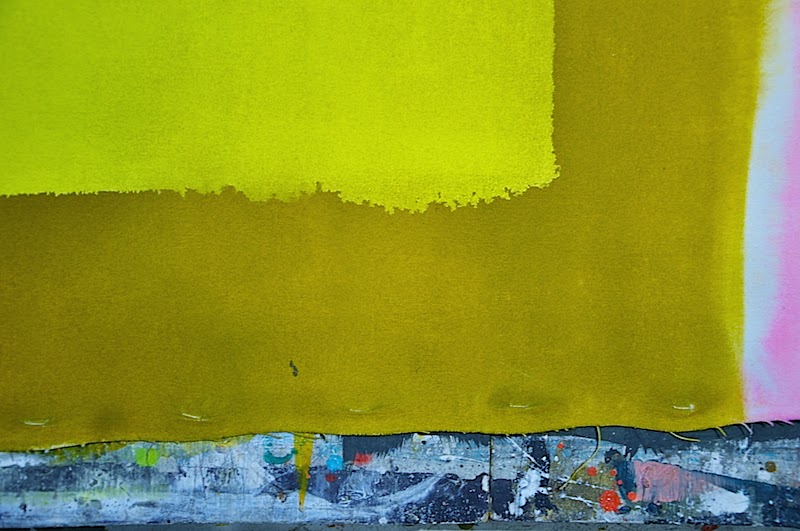 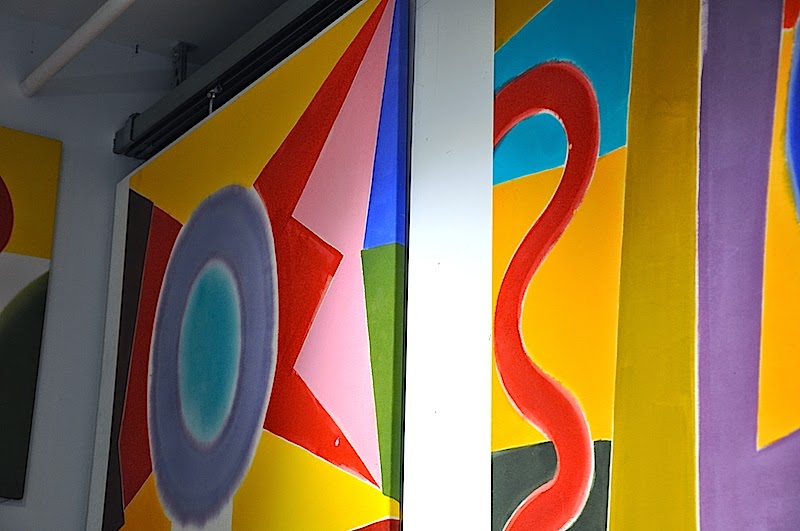 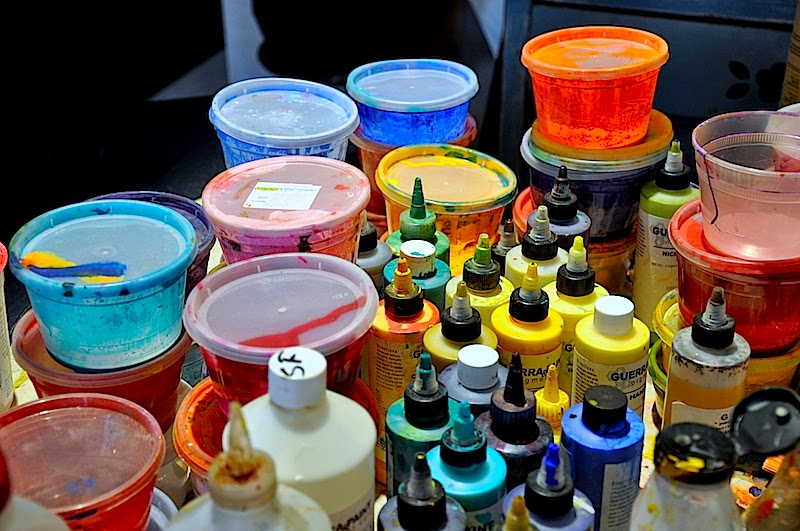 these are beautiful! i felt like i was there!

that last comment was me, sasha silverstein. i didn't see a place to put a name.

Your space provides a lot of scope for expansion of your ideas. I especially like the kitchen. It is a very
creative looking environment.