Next up in my In Process series is this entry by Marc Cheetham.  Here Cheetham gives us a look at his unique way of building an image. we see the development of the painting The Idea of True North, 2013.
For more information on Cheetham's work check out his website here.
Also his work is currently on view in the exhibition Pair curated by Ian White Williams at Proto Gallery on view through February 9, 2014. 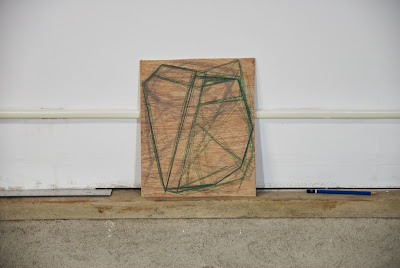 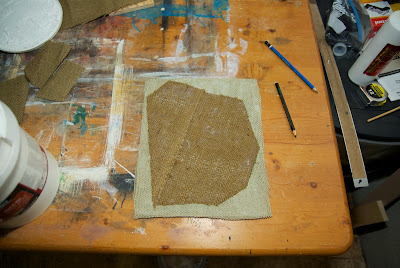 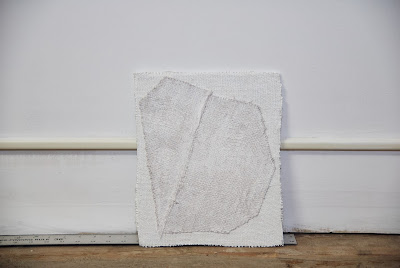 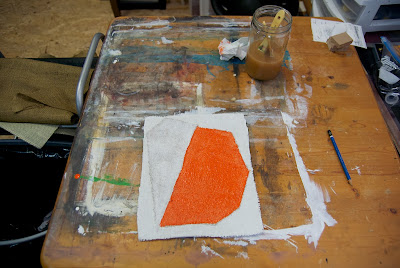 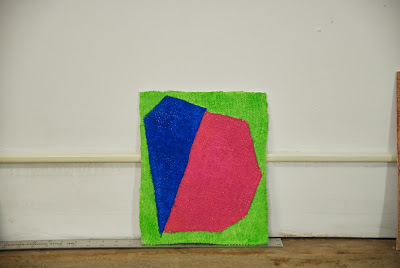 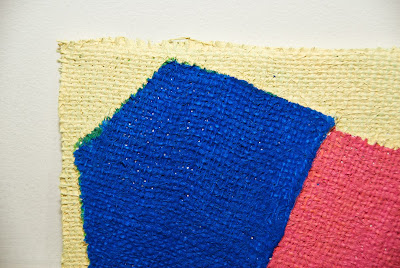 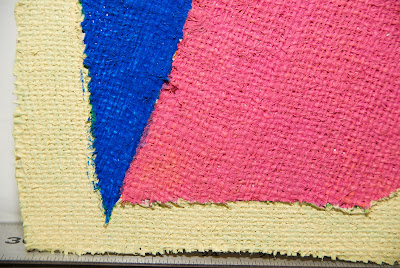 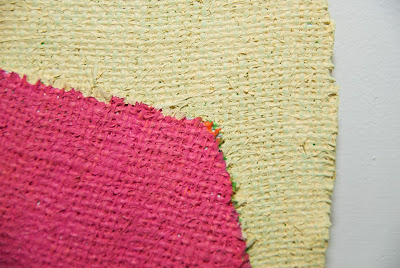 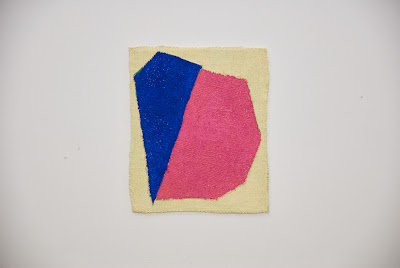 “The Idea of True North” is the first painting that I have finished after a four month lay off, and the first painting that I finished in my new studio. I felt a bit more anxiety starting than I normally do, but that feeling dissipated soon after I started drawing. I came to a general idea about how I wanted the composition relatively quick; however, I struggled with the size and the number of shapes to use. Once I was happy with the composition, I decided which burlap to use based off of how each reacts to gesso. I tend to prefer how the darker brown burlap grays the gesso a little bit. For color, I felt that orange was needed for the right shape. From there I added the blue onto the left shape and green on the ground. While the green was wet the painting still felt off to me, so I put a pink wash over the orange and another blue wash over the blue to darken it. Since the painting was still not right, I decided to "start over" with a warm white wash over the green. After the white wash dried I decided to sit with it for a couple of weeks until I felt that it could stand on its own. When it came to titling the work I consulted my list of possible titles and picked one that seemed to best fit. This title in particular is based off a song titled “The Idea of North “by Defiance, Ohio. 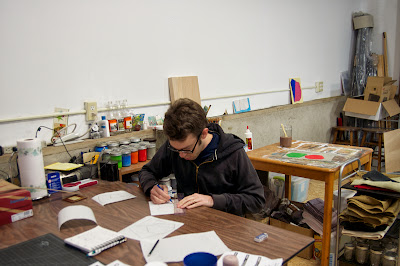 Marc Cheetham at work in his studio in Pequannock, NJ, 2013

Very insightful piece about an artist I admire. I'm honored to be showing with Marc at Proto.

Thank you David! That means a lot coming from you. And thank you Paul for asking me to do this!