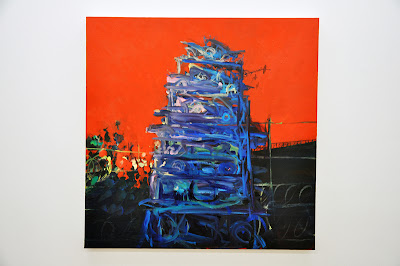 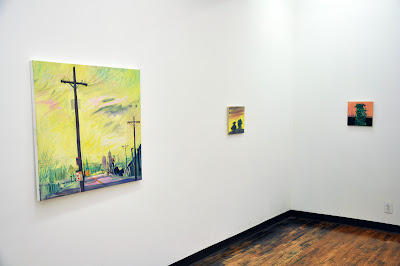 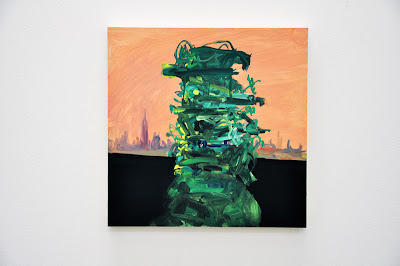 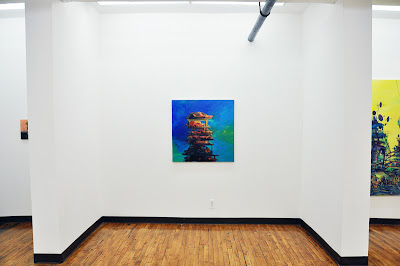 In Freewheeling, Deborah Brown exhibits paintings of car salvage lots, cement factories, and detritus at the end of the industrial age. The subject matter is familiar territory for Brown, who has depicted the landscape of Brooklyn’s Bushwick for several years. The new work enters the domain of fantasy, leaving literal interpretation in favor of a Bushwick of the imagination. Carcases of flattened and stacked cars resemble ziggurats from the ancient world. Cement trucks buried in heaps of sand masquarade as amphora; cement tanks become abandoned rocket ships. The palette is high key and odd; the light source, eerie. Through their lush paint handling and loopy lexicon of images, the paintings celebrate the power of a place to inspire the imagination. 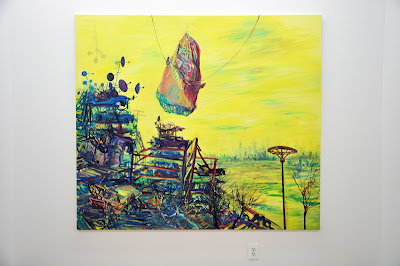 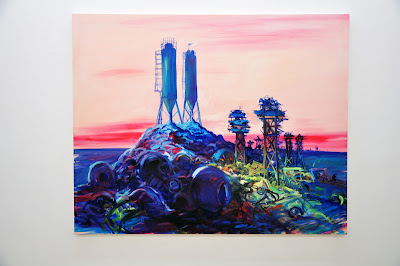 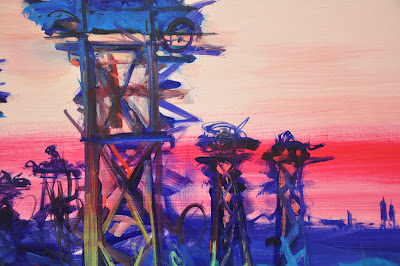 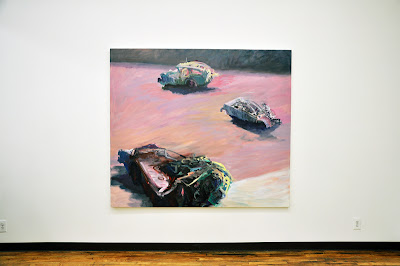 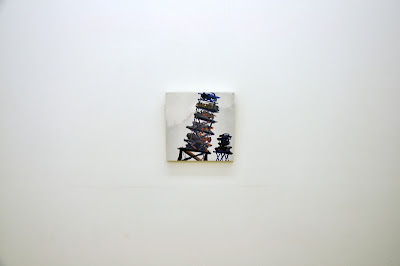 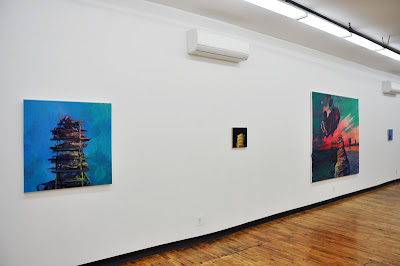 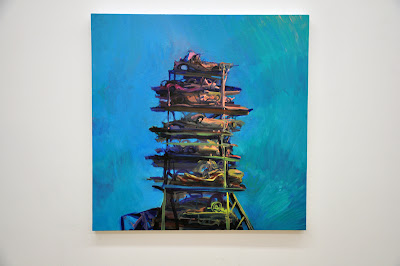 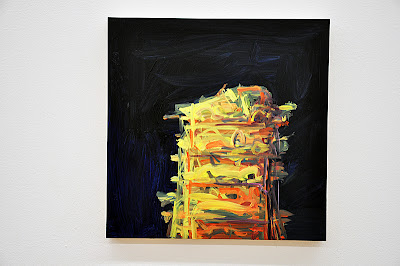 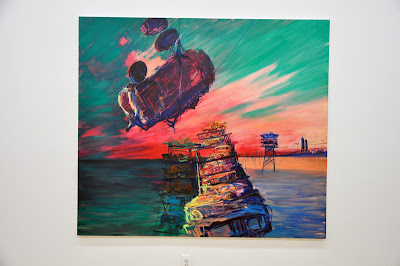 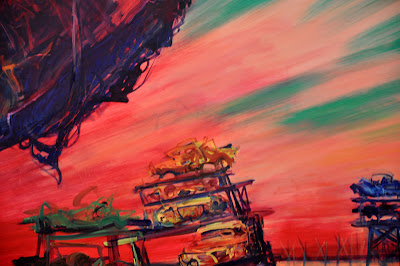 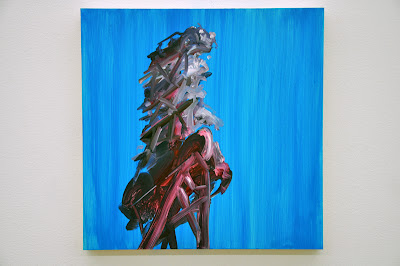 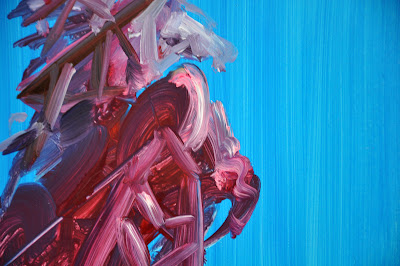 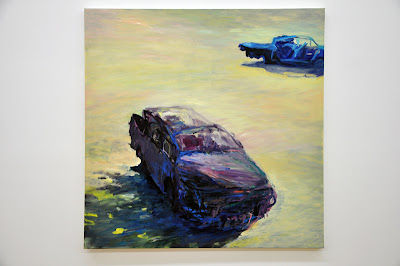 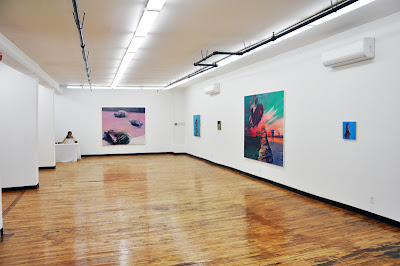 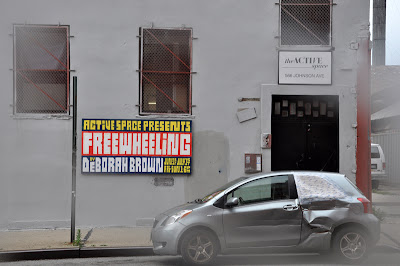 Thank you for the views of this wonderful work, Paul - and I enjoy your writing too!

Love love love the painting of the power lines.