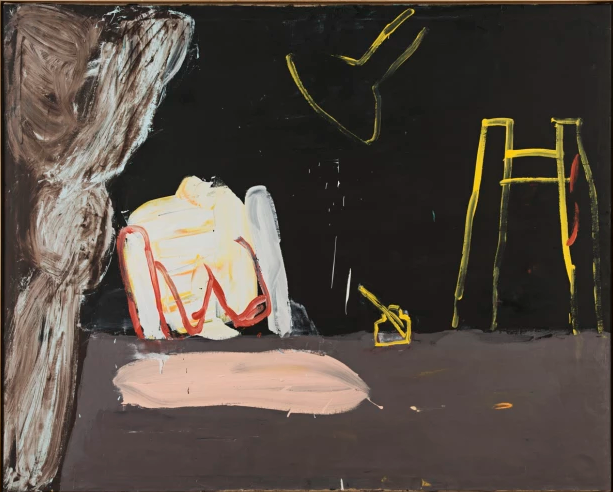 Alison Jacques Gallery is delighted to present a solo show of paintings by British artist Roy Oxlade. This is the first solo exhibition of Oxlade's work since his death in February 2014 aged 85. The paintings shown were all made in the 1980s and 1990s and expand our understanding of the themes and metaphors which are central to Oxlade's practice along with his use of bold colour and improvised image. His home and studio in Kent formed the basis of his subject matter, with anglepoise lamps, lemon squeezers and his wife Rose Wylie as some of the recurring themes. As Roy Oxlade stated a year before he died:

'Painting to me is like a room of the imagination. It's up to me what I do with it. I choose its size and its materials - usually canvas and oil paint. At the beginning its relationships don't amount to much - it's a rectangle in a jumble of art history I relate to […] There would not be much fun in leaving the room empty […] I have put in some other stuff, some characters, some actors - tables, pots, colours, easels, lamps, scribbles, figures and faces to interact with each other. I adjust the temperature, open the windows, shut the windows, throw things out, change the lighting.'

Oxlade’s first major solo exhibition was at the Vancouver Art Gallery in Canada in 1963 and his work has been exhibited in various group exhibitions including the John Moores exhibition at the Walker Art Gallery, Liverpool (1962), the Hayward Annual (1982) and EAST International at Norwich University (1991). In 2000 Oxlade was included in British Painting: A Selected Exhibition at the Velan Centro di Ate Contemporanea, Turin and most recently Towards Night at the Towner Art Gallery, Eastbourne (2016).

A prolific writer, Oxlade contributed regularly to Modern Painters, Art Monthly, Blunt Edge and The London Magazine. In 2010 Ziggurat Books published Art & Instinct, Selected Writings of Roy Oxlade. He was an outstanding and influential figure in Arts education and in 2012 Oxlade and his wife, the artist Rose Wylie, were the subject of the award winning documentary Rose & Roy by filmmakers Adolfo Doring and Claudia Baez. 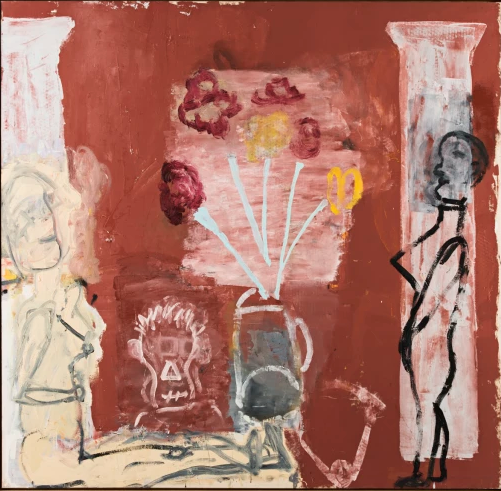 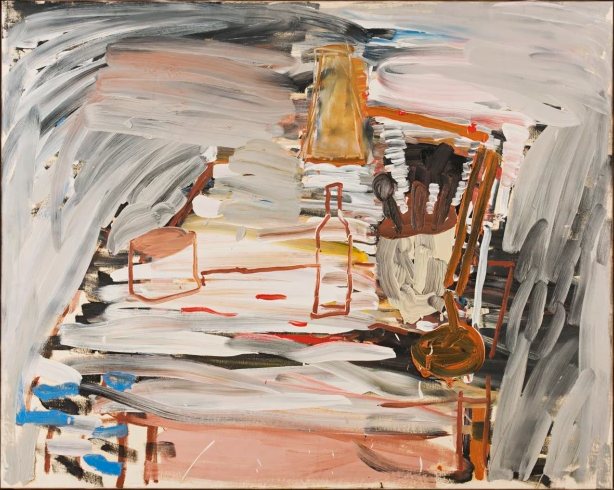 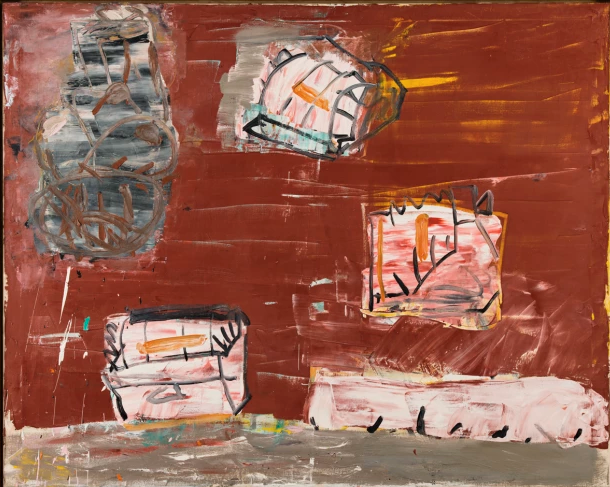 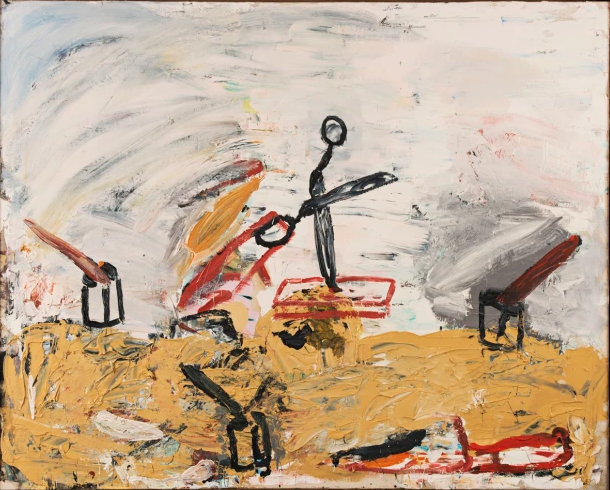