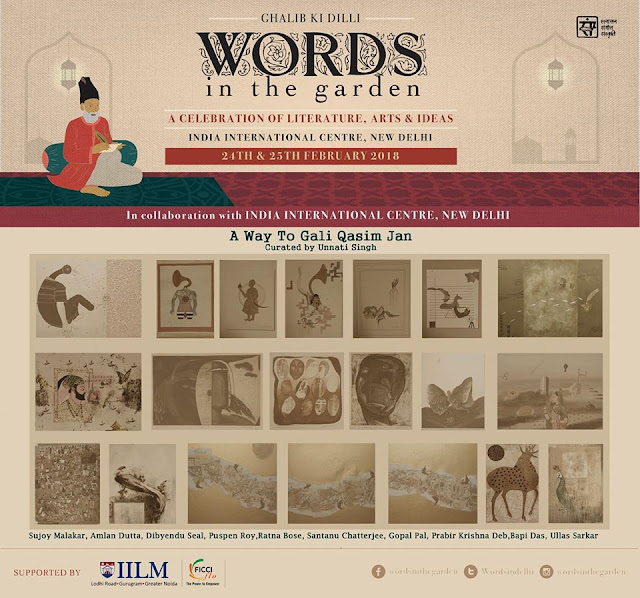 Curated by Unnati Singh and featuring ten artists from Calcutta.

A WAY TO GALI QASIM JAN

Ghalib's long journey from Delhi to Calcutta marked a significant period of his struggle and experiences as a poet. He arrived Calcutta in February 1828 via Lucknow, Allahabad and Benares . This period saw him write Gul-e ŕanā a collection inspired by Calcutta.

After 190 years ten artists from Calcutta reflect back on the cities which hold Ghalib's heritage and it’s contemporary relevance .Their works create an intriguing allegory of multiple metaphors. These artists have tried to capture the internal rhythm , grace and beauty of the intricate culture Ghalib embraced in his poetry , layered with a resonance of wit and passion.

In collaboration with India International Center, New Delhi.
on February 21, 2018