Recently I visited the studios of two of my favorite artists working in London today.


Robin Greenwood is a sculptor, a co-founder of the seminal Abstract Critical and the founder and editor of it's follow up site Abcrit. In addition, Greenwood was the founder and director of Poussin Gallery and as such provided a showcase for some of most revered painters and sculptors in the U.K. 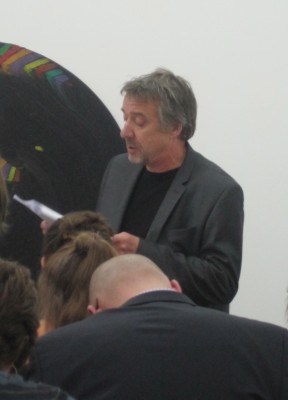 
I have known Robin through social media for the last few years and have come to rely on and admire his, clear and uncompromising take on abstraction and the artists who make it both in the U.K. and abroad.

This visit was the first time we met in person and I appreciate the time spent in conversation in Greenwood's studio and in viewing a bit of his personal art collection.

Greenwood's work is hard to pin down. There is structure and strength, movement and air - minute and overt details that range from the beautiful to the beautifully ugly.

But for all of their overt brawn and intimate delicacy these sculptures are, most forcibly, a mind at work in real space - your space. They are dangerously invasive and may push you to one side if they feel they need the room. 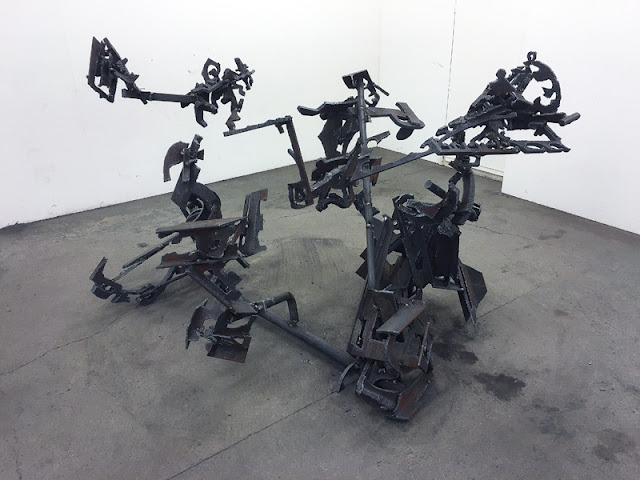 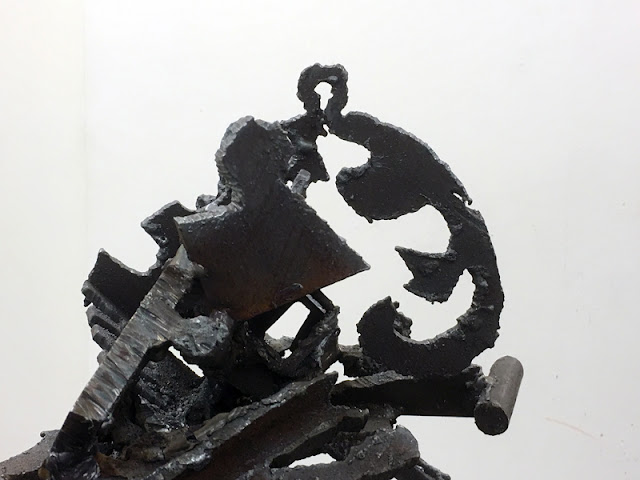 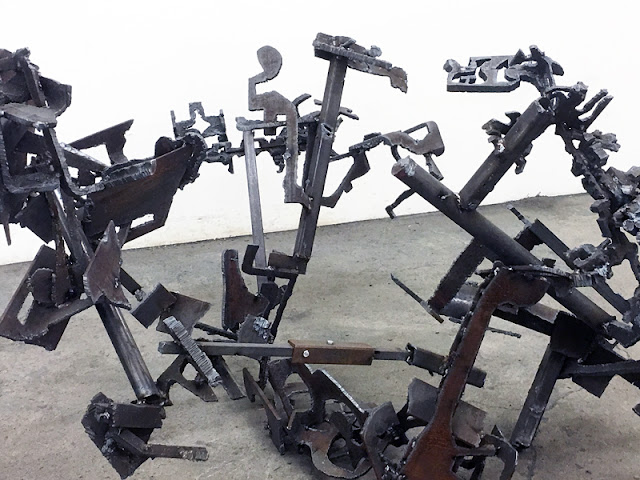 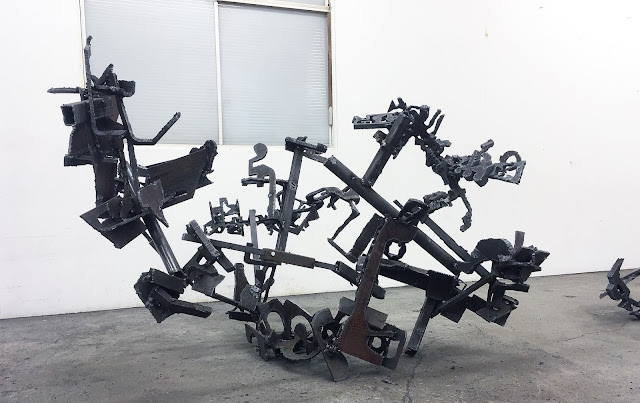 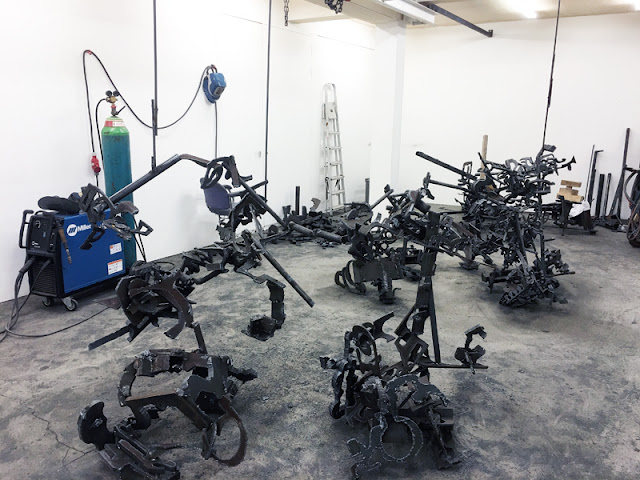 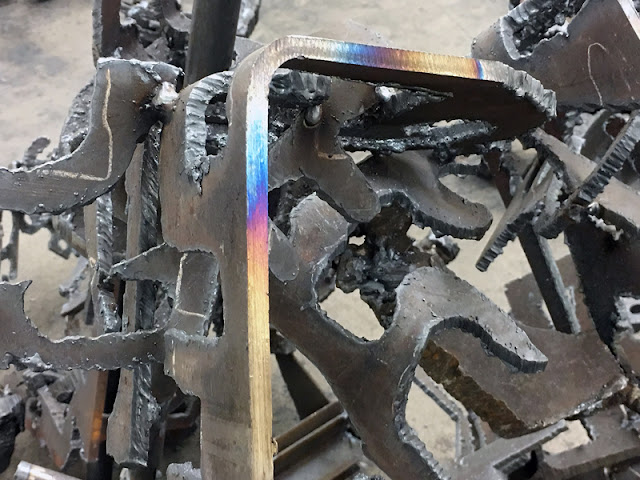 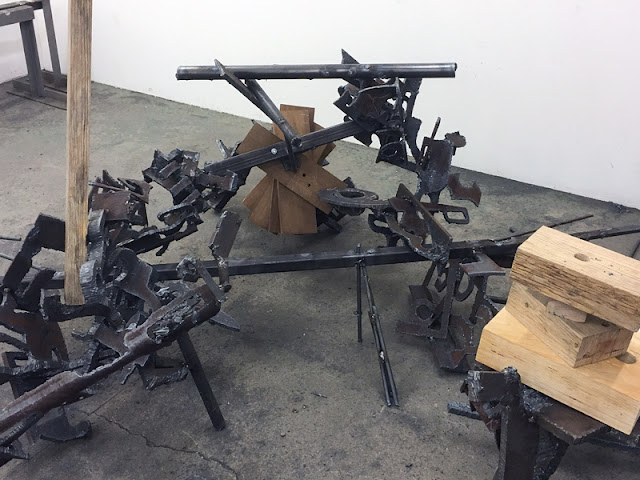 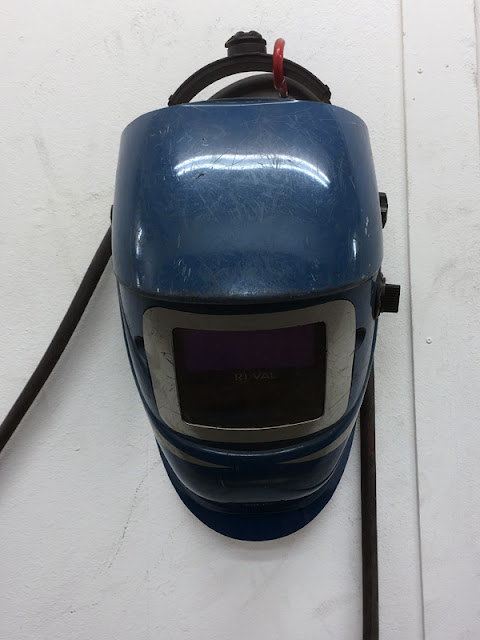 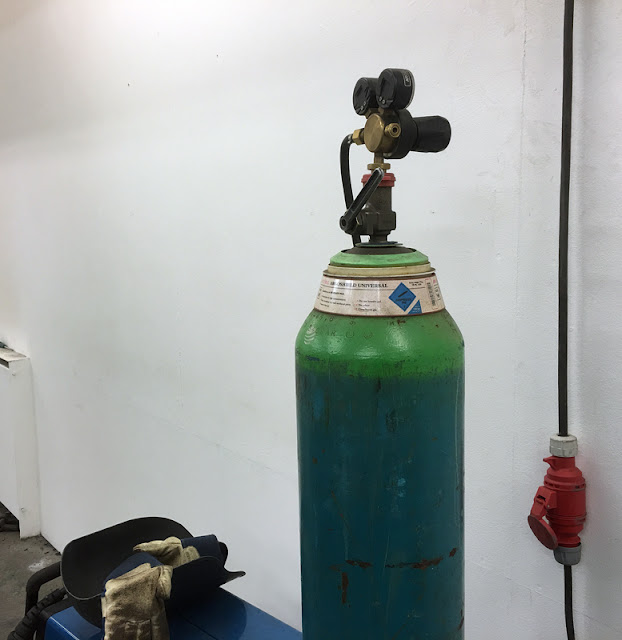 It's hard to say when I was first introduced to Karl Bielik's painting but I believe it was in the spring of 2011.

I came across his work online and was immediately struck by its physicality as well as, what the painter Anne Russinof very aptly called, an "off kilter poetry."

Since that time we have maintained a dialog between our work and as friends, participating in numerous exhibitions together. I've been able to pay two visits to Bielik's studio space and was fortunate to be able to include one of his large oil paintings in Eight Painters, a show I curated for Kathryn Markel Fine Arts in 2014.

The work shown in the photos below is unfinished but one is still able to get a sense of Bielik's restless, confident approach to paint handling and his feeling for how color should best interact with form. While a certain, improvisational line has been a constant element, I've recently noticed this combined with a tendency towards the use of a more pure, clear color. This combination underscores the range of feeling to be found in Bielik's painting. 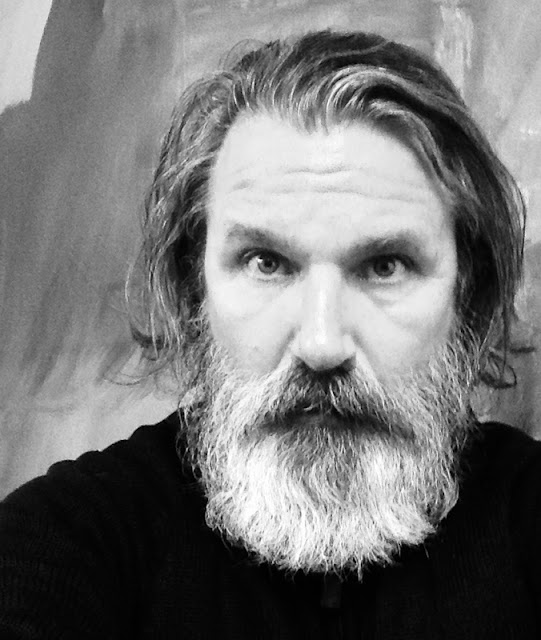 Karl Bielik in his London studio, 2016.
Photo courtesy of the artist.

Karl Bielik's work has recently been featured in numerous shows at home and abroad, most notably The Marmite, Creekside and Lexmark Art Prizes.

Recently he was selected for The London Open at the Whitechapel Gallery in London and for Contemporary Drawings from Britain at The Xi'an Academy of Fine Arts in China.


In addition to his painting, Bielik is the founder and frontman for the London based band Lark. 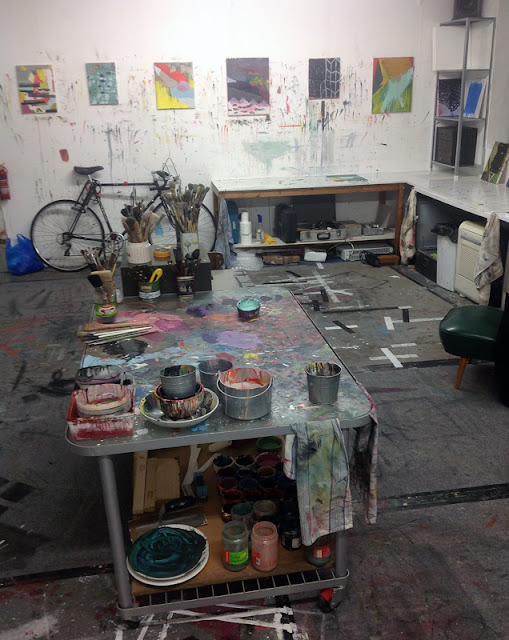 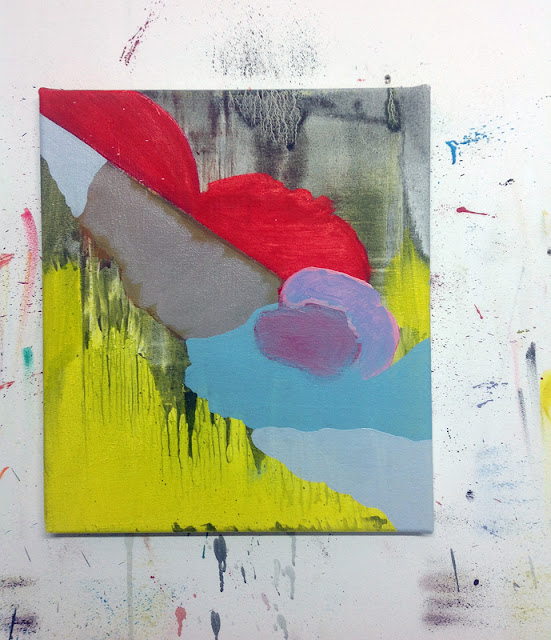 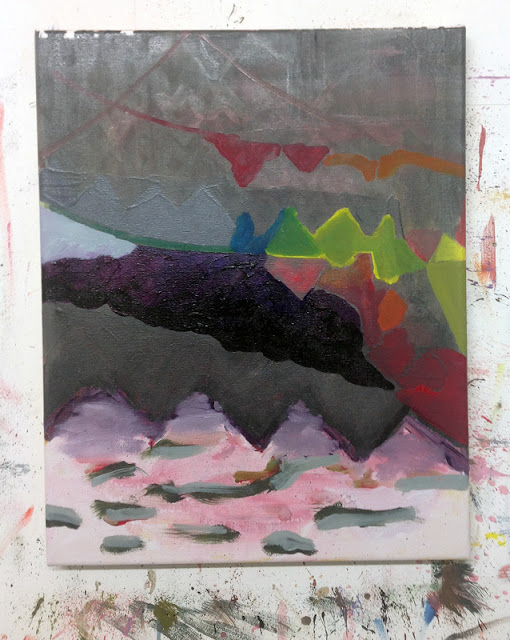 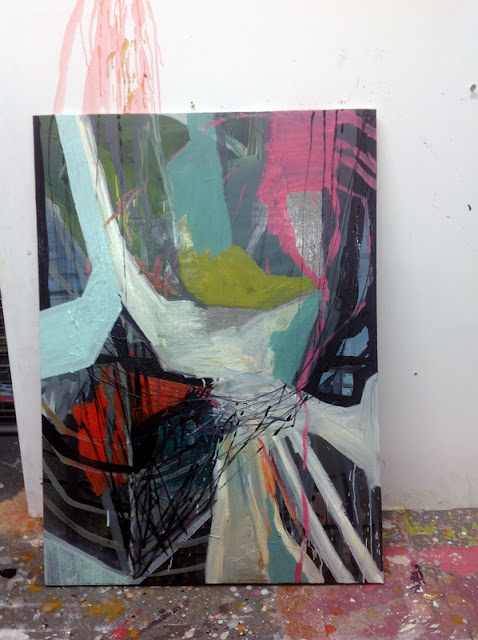 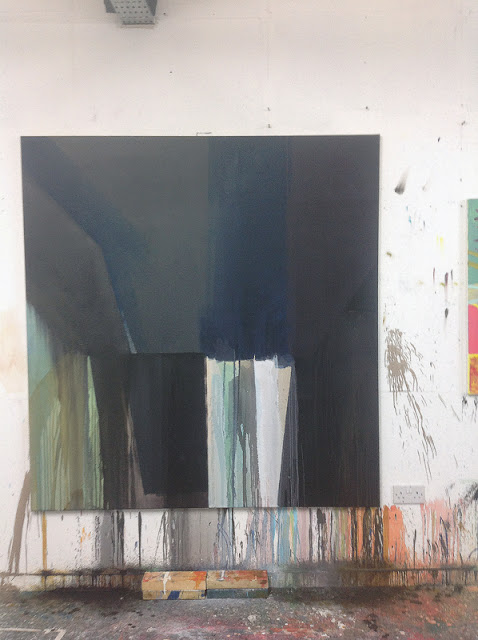 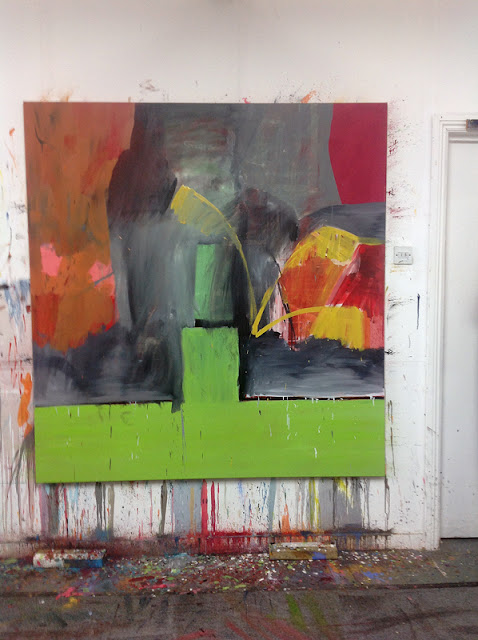 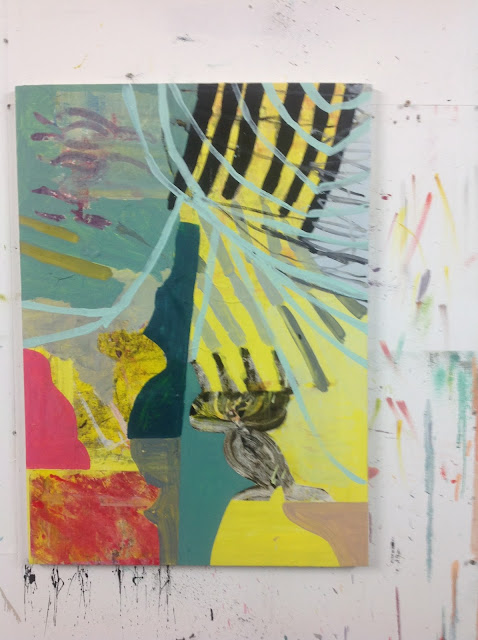 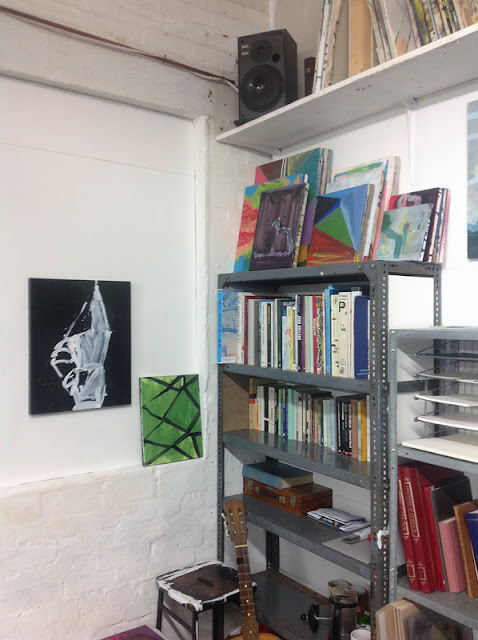 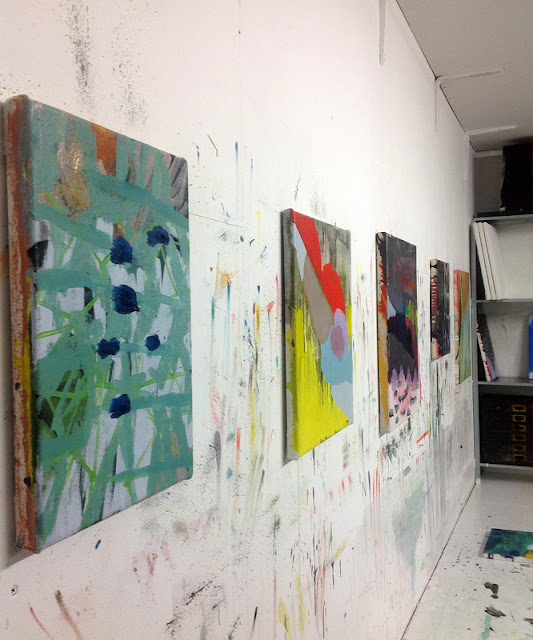 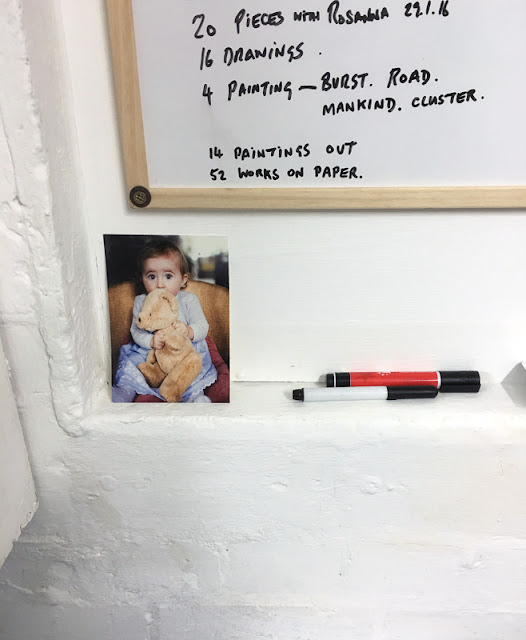 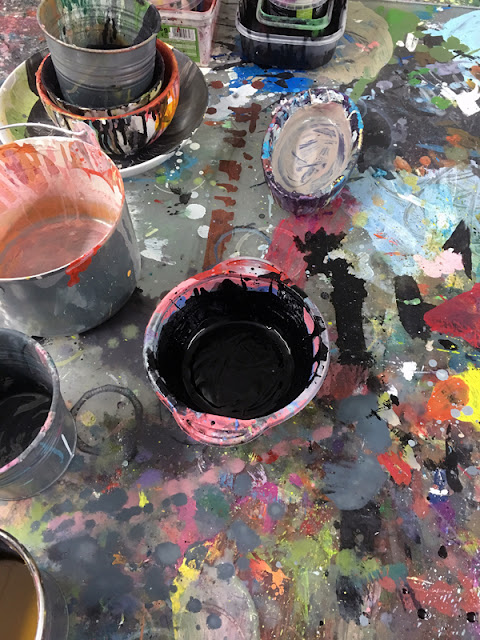 *All photos of Karl Bielik's studio courtesy of the artist except for the last two by blog author.
on April 02, 2016

Thanks for the Inspiration!

Hi Sue,
I felt the same way after these visits!