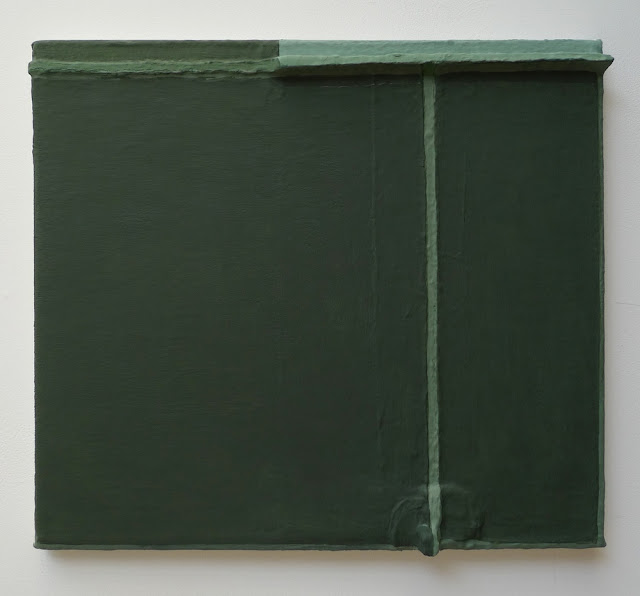 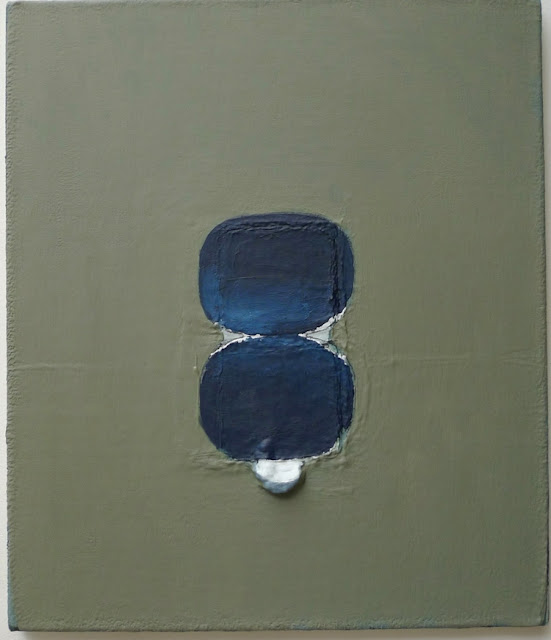 57W57Arts is pleased to present “Unseen,” a solo exhibition of paintings by Russell Floersch. The title owes some of its meaning to several works that were begun twenty years ago and never exhibited. In our Waiting Room project space, Floersch shows for the first time, a group of small canvasses he characterizes as Reconstructions. Although most of these were begun in 1997, many have been completed in the last few years. They combine found photo fragments that are taped to the surface of small abstractions. Floersch uses a flat paint meant to evoke humble wall surfaces, and typically reworks paintings for several years­­­partly out of a restless search, and because he identifies with what Chantal Akerman might have meant by characterizing repetitive everyday acts and gestures as a “dailiness.” The Reconstructions share a pictorial commonality: a pair of cropped figures who make contact through their hands. Their titles are all prefaced with this thematic description: “Clasp.” Floersch strives for a naturalness in the final state of the work­­­as if the painting and its surface were something you might encounter in your everyday­­­especially as it relates to the build­up of paint through repeated application by a tradesperson covering a surface simply to protect it or introduce a different color.
In the Main Gallery of 57W57Arts, the focus shifts to more current work. Throughout this group, the repeated layering of thin applications of the same color results in a blanket­like surface, the small relief elements and their sharper features often obscured. “The works bear the accretion of many layers of paint, built up to become an index of the span of time, of memory, and of the act of making that each of them seeks to preserve. The objects of this makerly process become transformed in the process, as they oscillate in a twilight space between thing and image.” (Beth E. Wilson, “from Denim,” exhibition essay for Rooster Gallery, NY, April 2014)
Since the mid­1980’s Floersch has been interested in painting as labor; responding to and collaborating with objects and images, often of unknown authorship; and the notion of specific interior place as a subset of landscape.
Russell Floersch is represented by Rooster Gallery, NY.