In Process: Frame by Karl Bielik 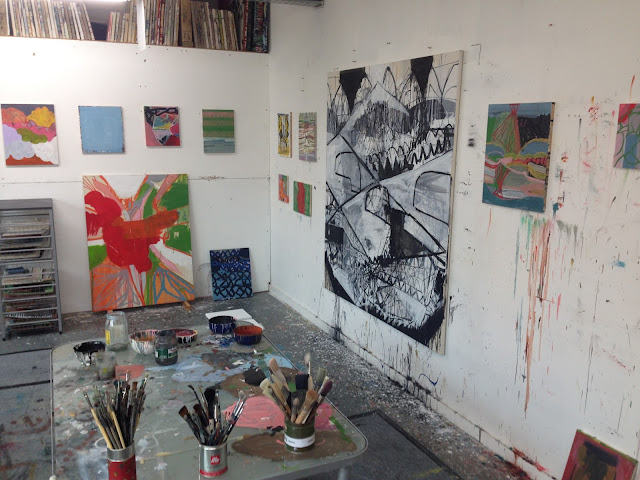 Bielik's studio in east London with Frame in its final state.

London based painter, Karl Bielik, joins us for a second time to give a look at the development of one of his large scale compositions.
Here he documents twenty two stages in the evolution of this complicated, gestural piece in which myriad toned down grays and high contrast blacks and whites depict a somber but erratic field of mark and form.
As usual with Bielik's work, in its finished state, Frame leaves the viewer confronted by a complex and brutal elegance.

Frame was recently included in The B&W Project Publication and another piece (Night) was featured in the physical exhibition at the Sluice Art Fair 16-18th October at The Bargehouse, OXO Tower Wharf, London, curated by Yifat Gat.
The book, organized by Yifat Gat and designed by Studio Vincent Verdeille, can be ordered in hardcover and softcover editions here.

Bielik's work has also been seen recently in: Abstract Strategies, curated by Jan Holthoff, in Rotterdam at Mirta Demare International Visual Art, From England with Love at Boecker Contemporary, curated by Sabine Tress in Heidelburg, Germany and The London Open 2015 at Whitechapel Gallery. 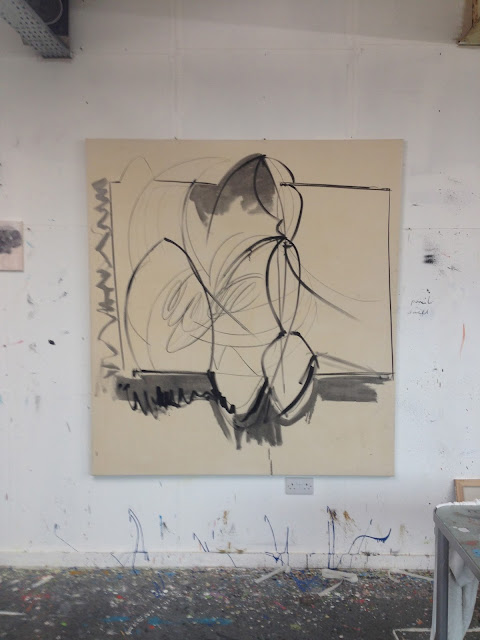 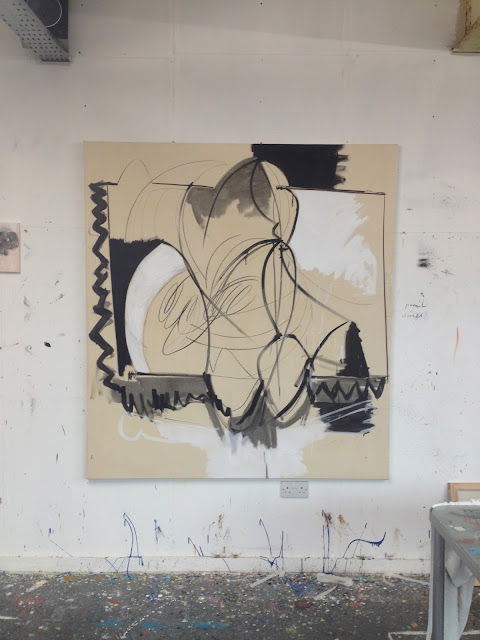 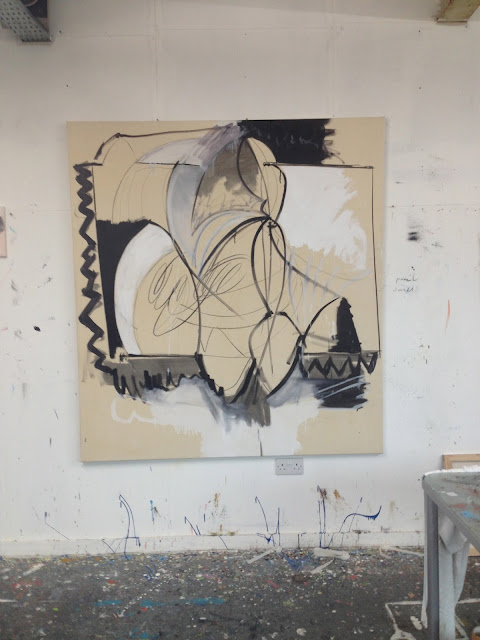 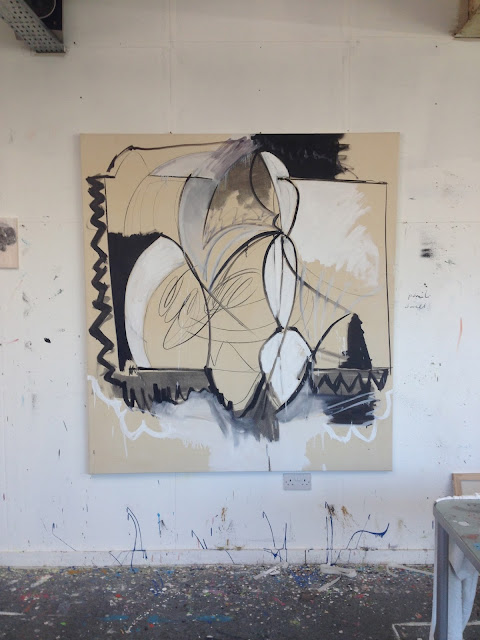 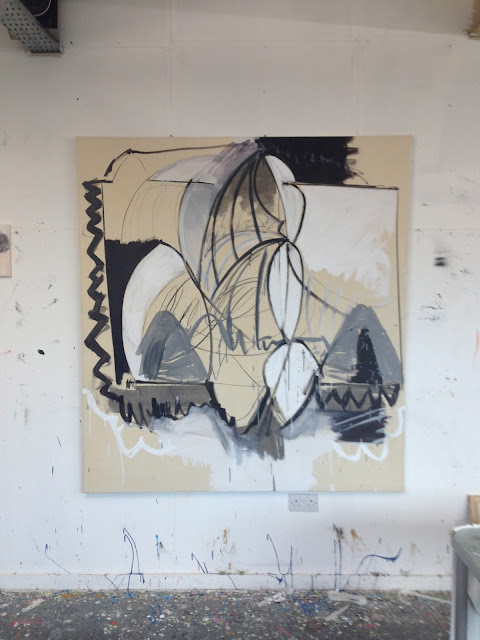 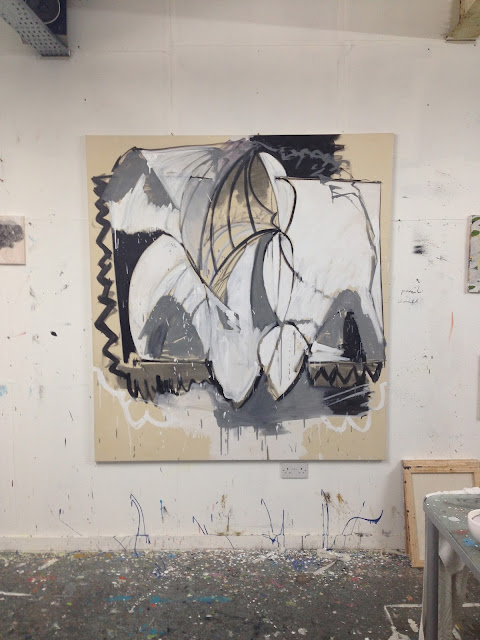 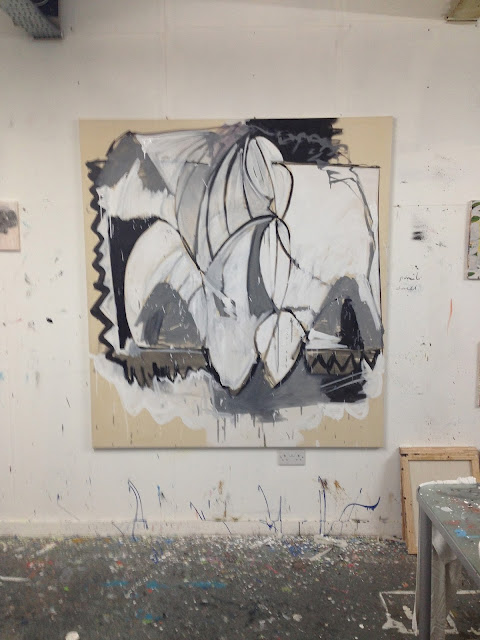 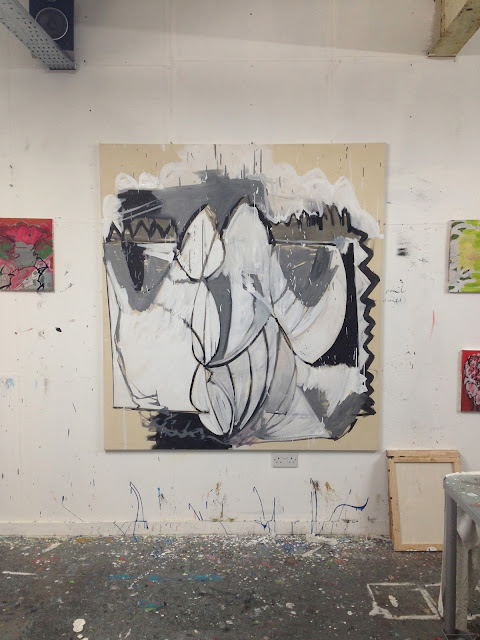 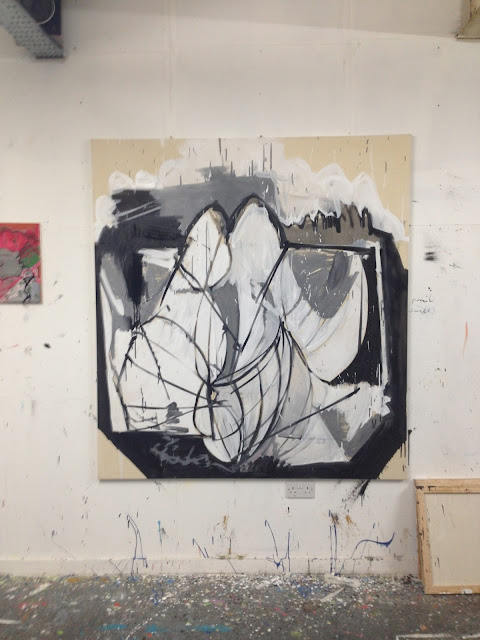 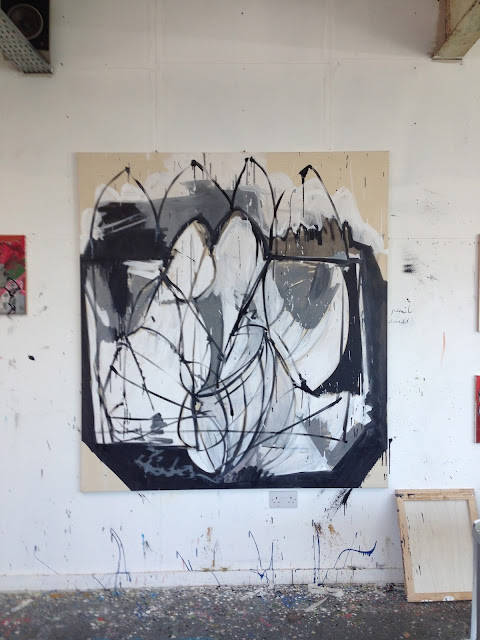 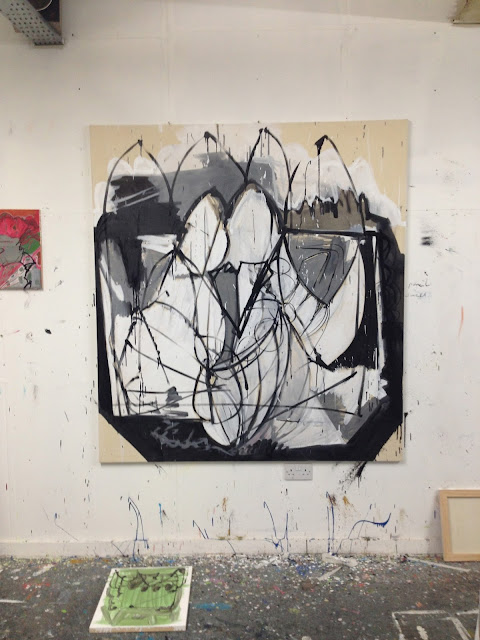 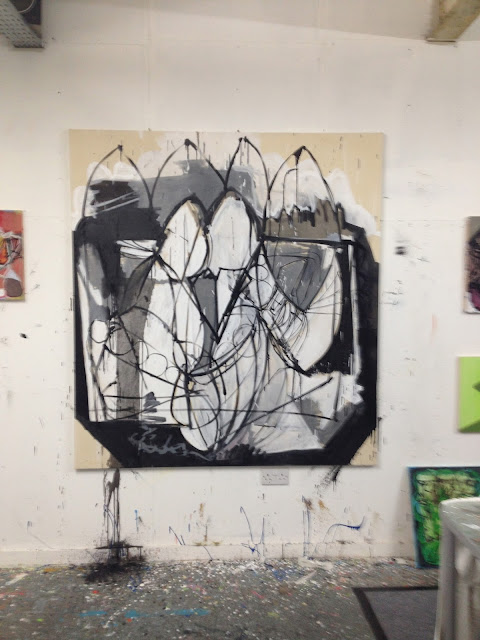 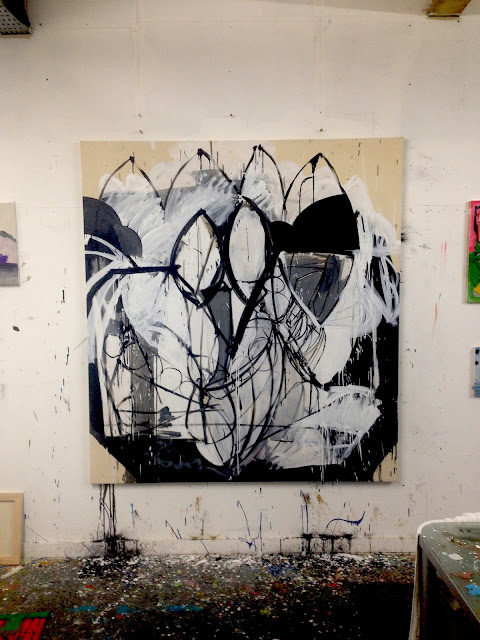 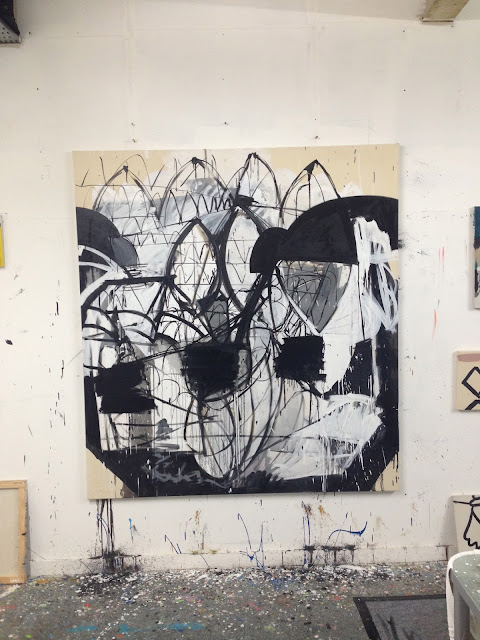 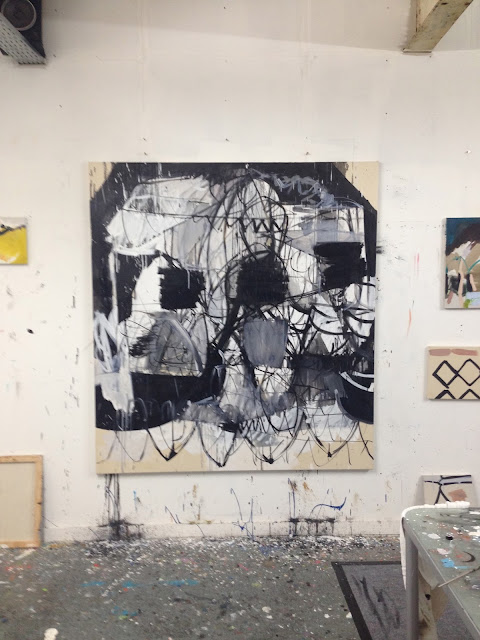 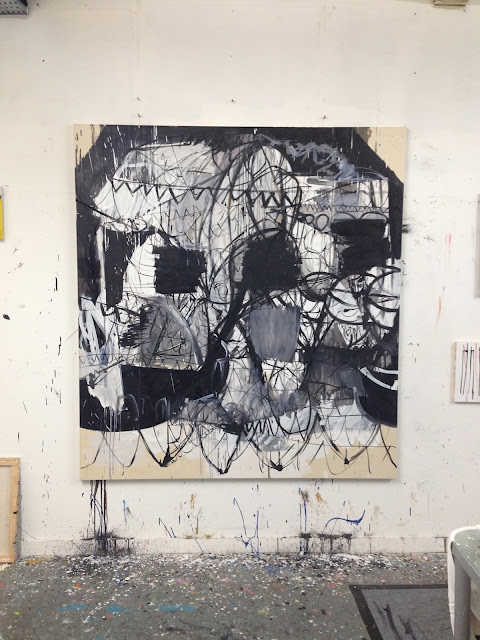 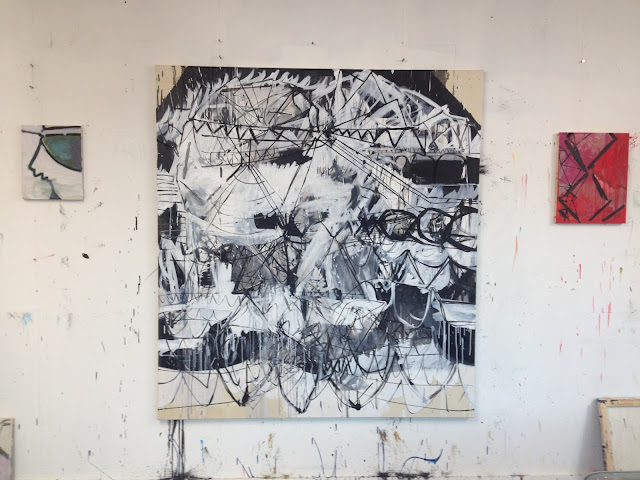 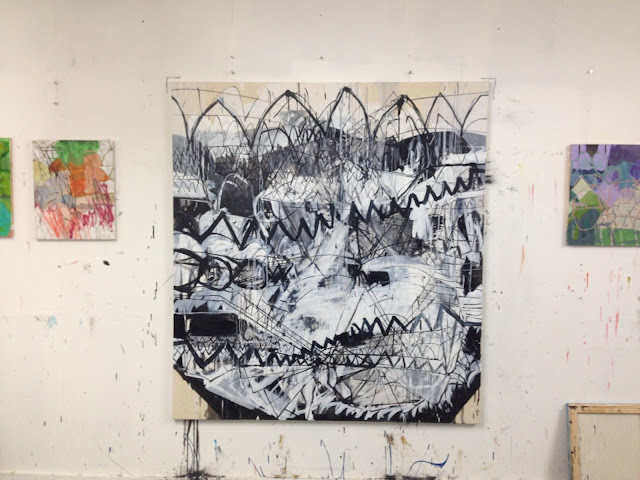 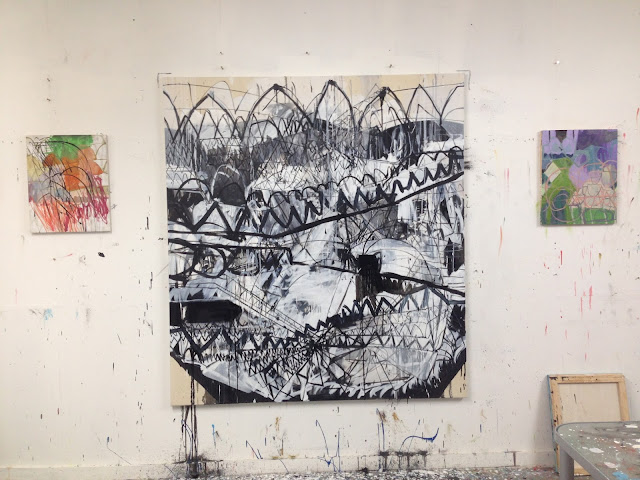 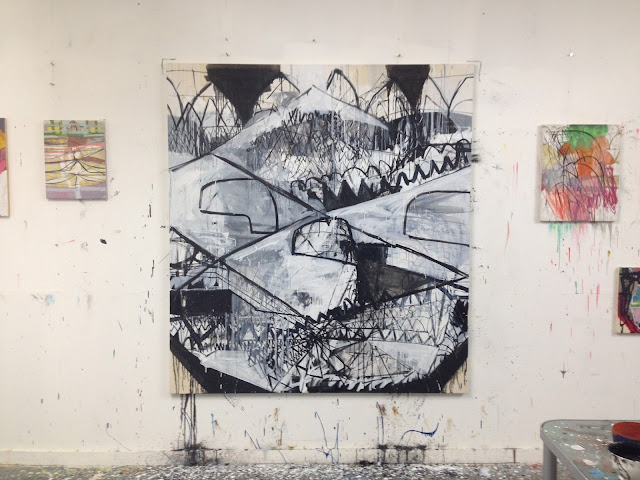 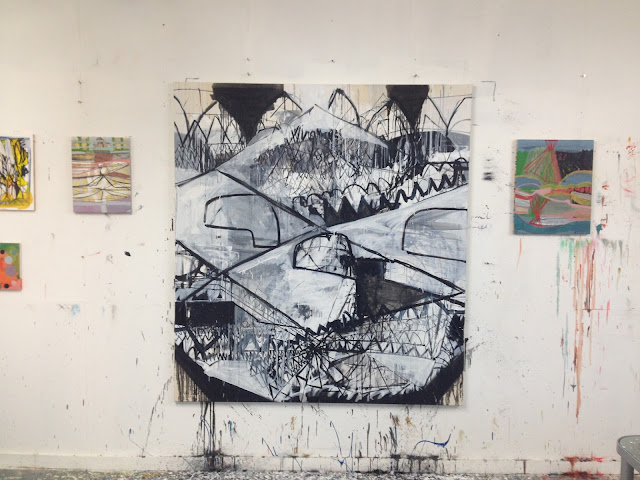 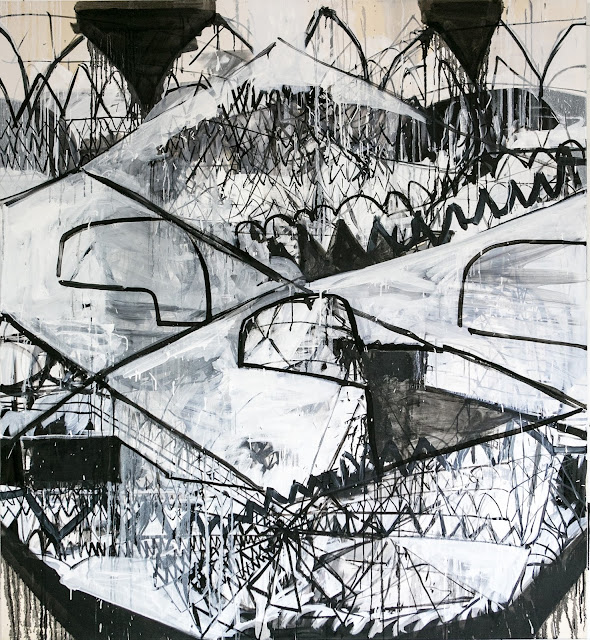 All photos courtesy of the artist.

I really enjoyed this post, Paul. It's fascinating to see the step by step realization of this piece. Thanks.

I loved seeing the painting emerge and develop step by step, and also seeing the small coloured paintings on the wall and how elements from them informed the large painting.