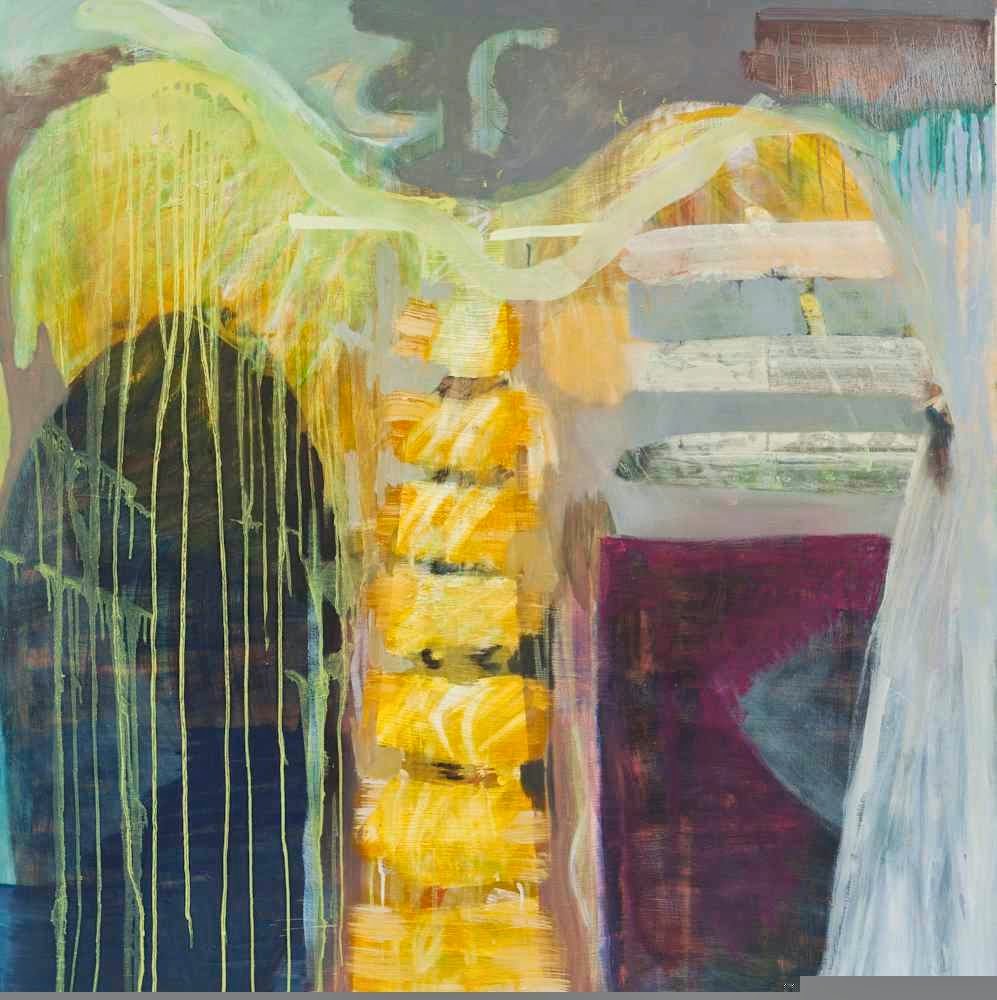 Silent and Buoyant the Screech Owl Lifts and Flies Angel Like the North
2010, acrylic and oil on somerset paper, 142X142 cm.

Eamon Colman was born in Dublin in 1957. He studied at the Trinity College Art Workshops, and at the Night Degree in Education Course at the National College of Art and Design in Dublin. He has been a full-time painter for more than thirty years and has held over thirty solo exhibitions within Ireland and internationally.
At home, he exhibits regularly at his representative gallery: Hillsboro Fine Art, Dublin. A major mid-term exhibition of his work was held at the R.H.A. Dublin in 1996, accompanied by a monograph by Brian McAvera, Dreams from the Lions Head, the Work of Eamon Colman. A 25-year retrospective of his work is featured in a Gandon Edition publication by John O Reagan (ed.), Profile 25 – Eamon Colman.
He came to prominence in the early 1980s with his distinctive use and detailed layering of colour and shapes which evoke landscape. He is a walker who adopts an anthropological and ethnographic approach to his work, exploring landscape and places of pilgrimage, as he did when he walked to the source of the Ganges River in Nepal or white-water-rafted down the Colorado River, living with a native American Indian en route. His intention is to give voice to an encounter, portraying subjects such as snoring owls, trees, rivers, snow, rain, memory and time, and to that which bares the trace of human significance, as an imprint of a culture through the use of paint and colour. The experiential feeds his paintings as an elaboration of nature itself, as felt through his imagination.
He has worked extensively in art education programmes: as part of the Outreach Programme by the Irish Museum of Modern Art 1996–2003; as a mentor in Pavee Point 2000–2005; as well as working in areas of arts and health at Crumlin Children’s Hospital.
His awards include a one-year residency to India by the Calcutta Artists Union and First Prize in Painting at E V & A, as well as a residency to the uninhabited Arctic Circle Island of Hirsholmene by the Danish Arts Council, all in 1998.
His work has featured as part of major group exhibitions all over the world. He lives in County Kilkenny with his wife – artist Pauline O'Connell.