In Process With Christopher Quirk

Christopher Quirk's ambiguous abstract paintings resist literal interpretation. Instead they convey a sense of the sublime by subjugating allusions to the body, and biological and geographical elements in favor of letting paint be paint.
Here the Brooklyn based painter gives us a look at the development of Not up, not down, 2013.
The painting seems to start as distinct halves but the sections are soon joined by a bridge of marks and drips that seem to be contained, in the end, by an icy curtain of white. 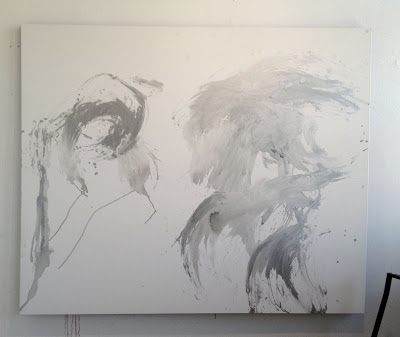 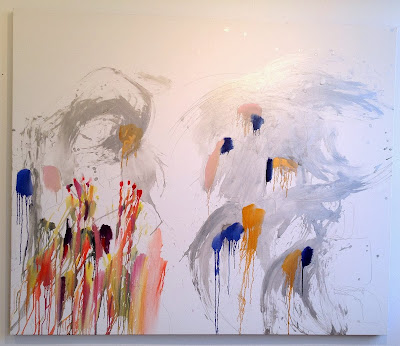 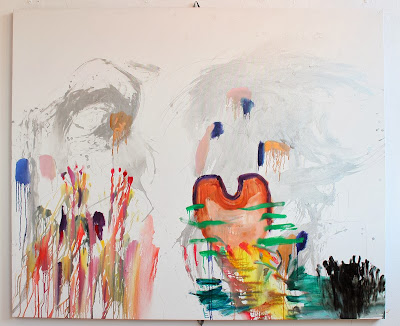 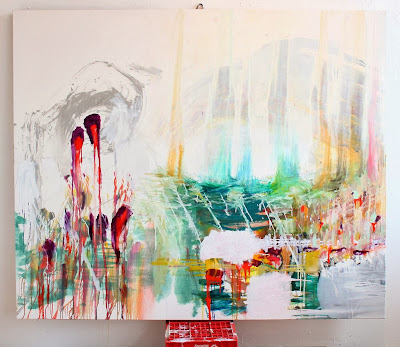 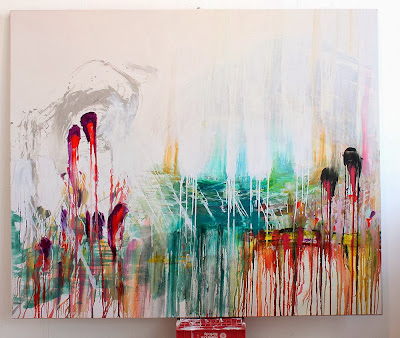 I began with silver acrylic, followed that with some washes of color in oil and built from there. In the final photo you can see (barely, pencil doesn't photograph well) the drawing at the top of the painting, the last element to be applied. I use a combination of fluid and direct applications as well as glazing, and tend to build paintings layer by layer and let the final image emerge. There is quite a bit of improvisation involved, as I generally don't work from drawings, photos or other plan. How the painting resonates, much like tone and timbre in a musical performance, is as important as what's "in" the painting. I don't hear people talk about that so much but I think about it a lot, as it shapes the whole experience of looking at a painting. 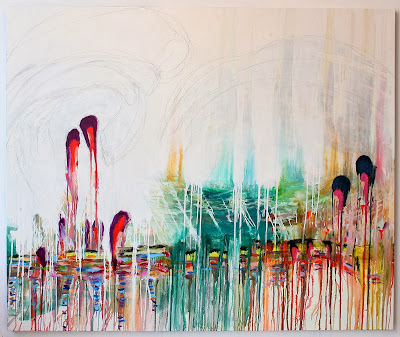 
For more information about Quirk and his work visit his website.
on November 19, 2013

Email ThisBlogThis!Share to TwitterShare to FacebookShare to Pinterest
Labels: Christopher Quirk, In Process

Much enjoyed, thank you, Paul.