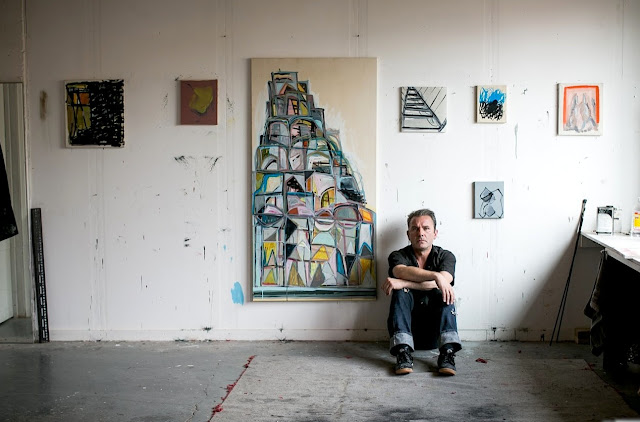 Karl Bielik in his London studio, 2013

Today's In Process post features, London based abstract painter, Karl Bielik.
I first became aware of Bielik's poetic, muscular brand of abstraction in 2011 and have followed his work closely ever since.

In December of 2011 I participated in an exhibition (Done Paint Done) in London curated by Bielik and was able to visit his studio. You can view that post here.

Here Bielik documents the development of a large work that eventually becomes Tumble - completed in 2013. This is an exceptional opportunity to view the artist's hand and mind at work through each twist and turn of alternately minute or sweeping, painterly, workings and revisions. 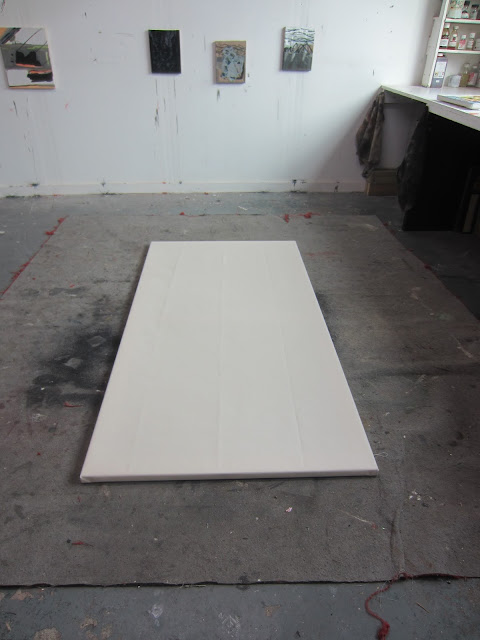 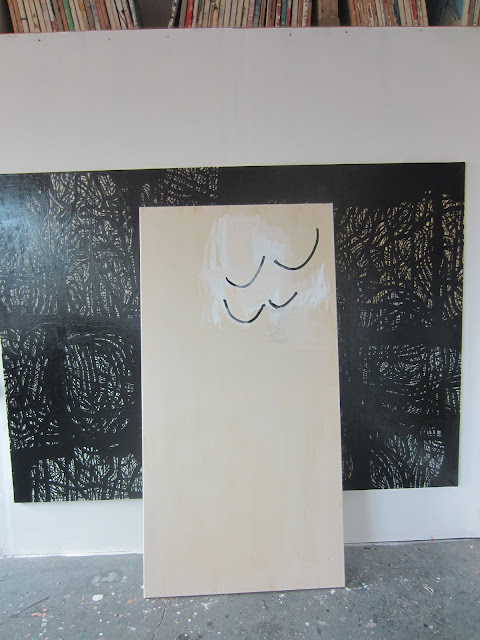 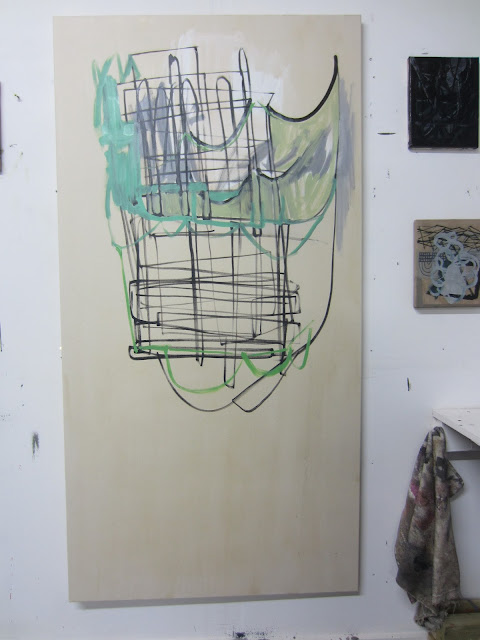 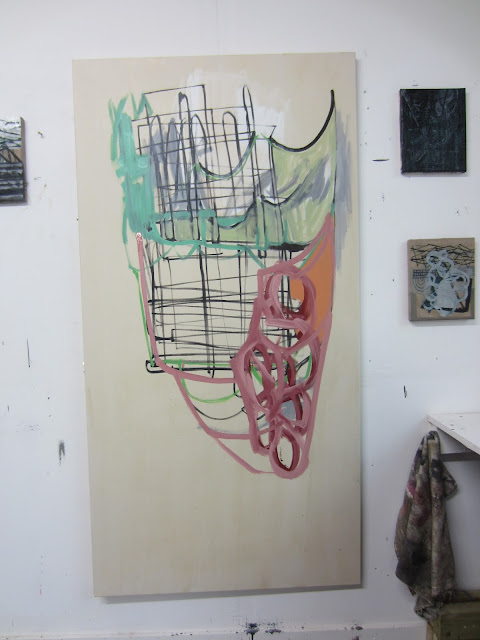 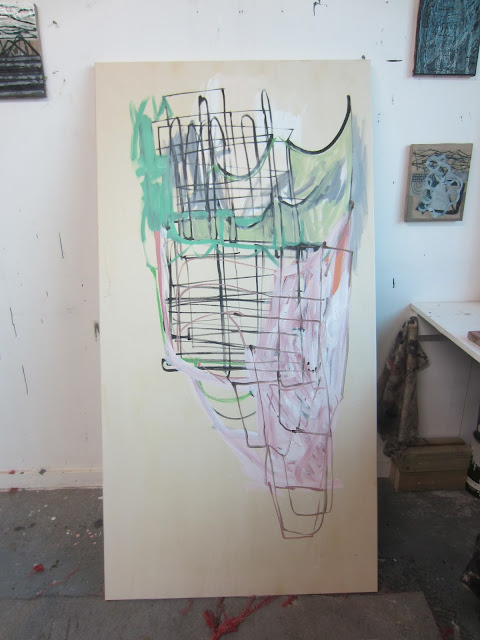 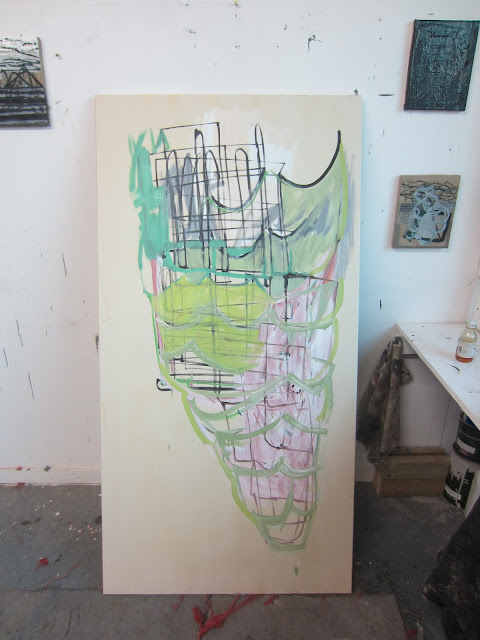 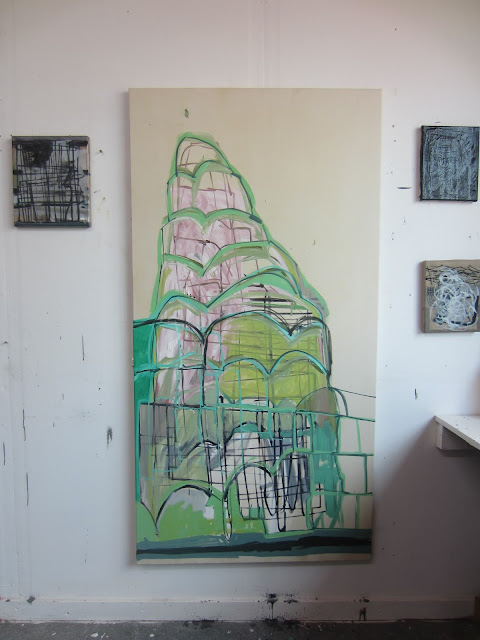 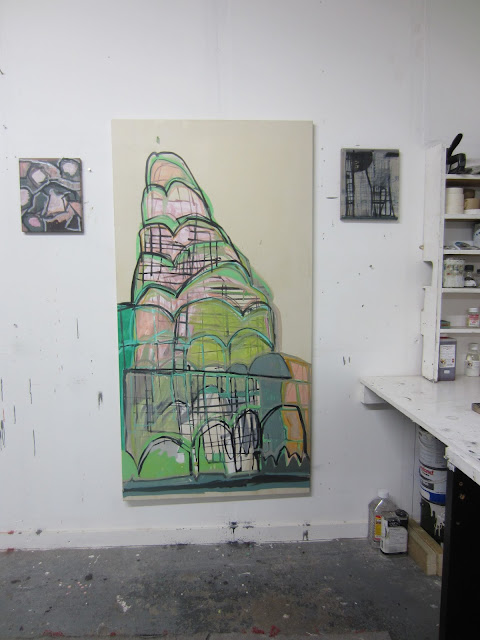 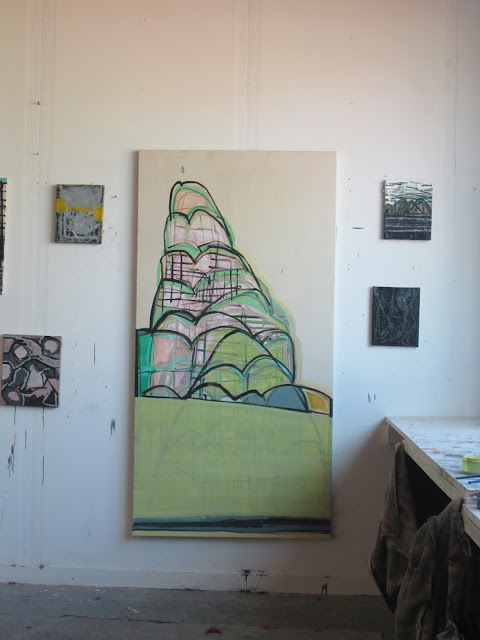 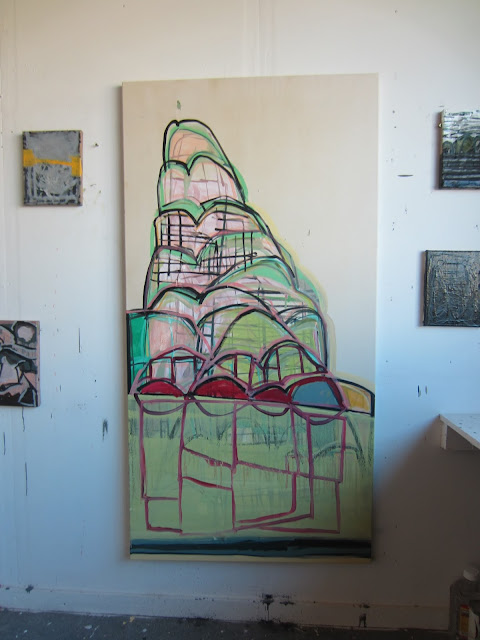 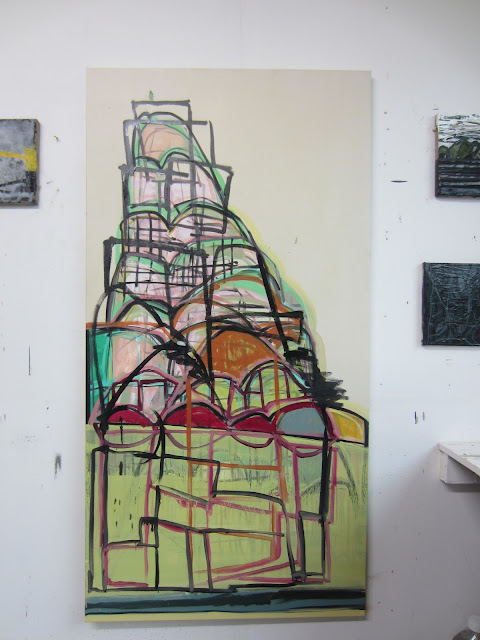 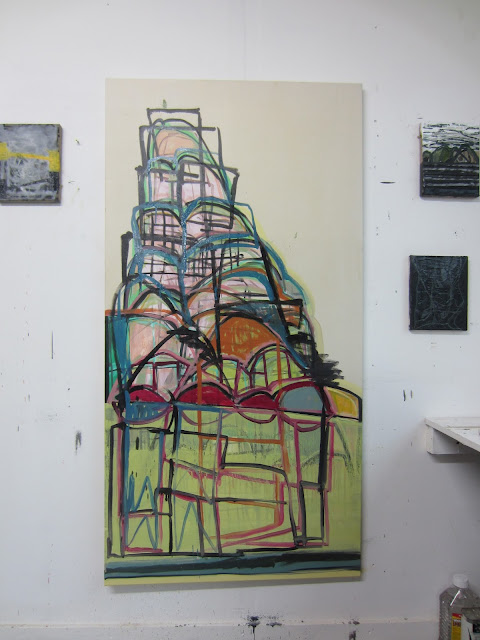 Working on a multitude of paintings at a time, Karl Bielik's brew of abstractions are developed in batches.
Irregular canvases cover his studio walls and floors, where he shifts from one painting to another, experimenting playfully with mark making.
Formal lines taken from photographs and diagrams contrast loose oily wounds, thick emulsions offset light glazes and dribbles. In contrast to this emotive imagery, banal solitary words form Bielik's titles, tempering and balancing the melancholy character of his paintings.
His work has been in numerous shows at home and abroad, most notably The Marmite, Creekside and Lexmark Art Prizes in the U.K. 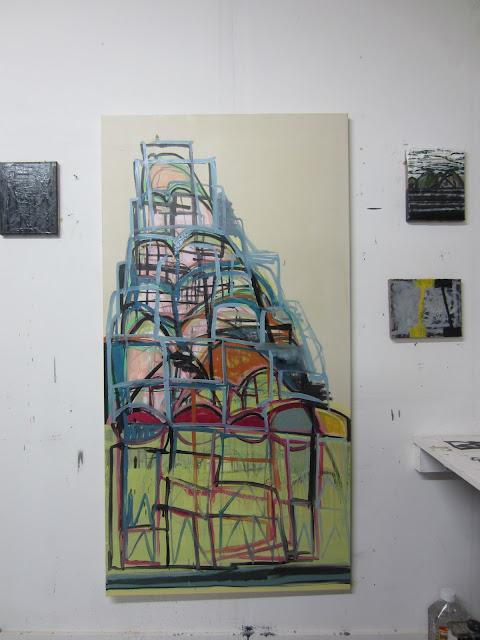 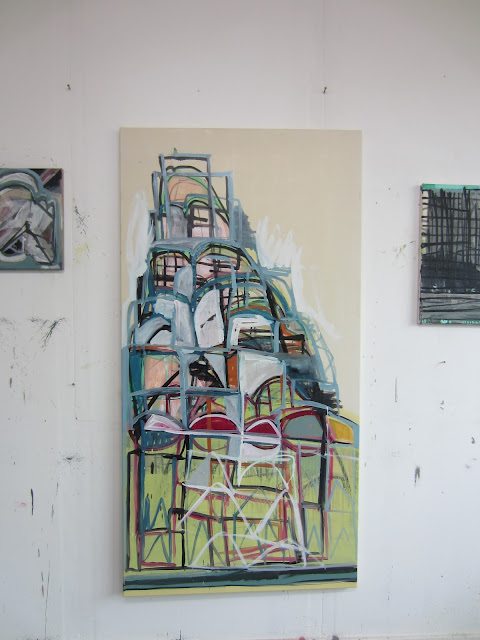 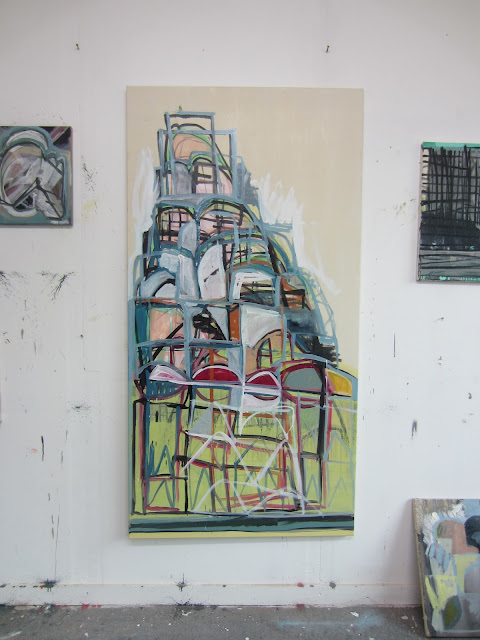 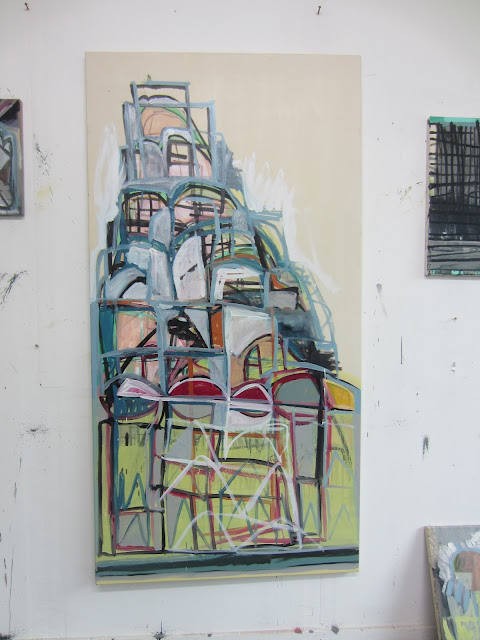 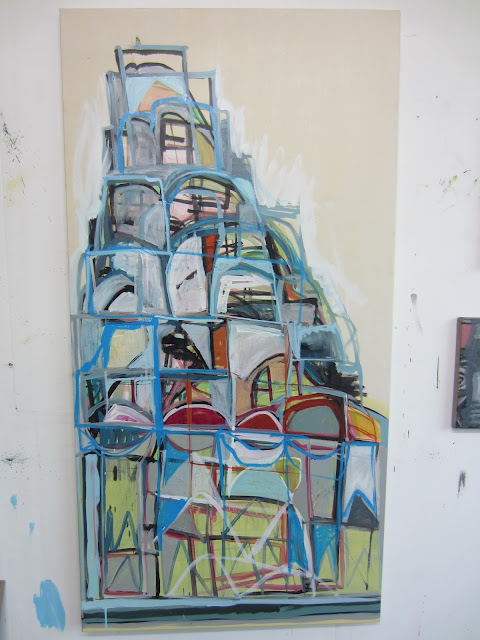 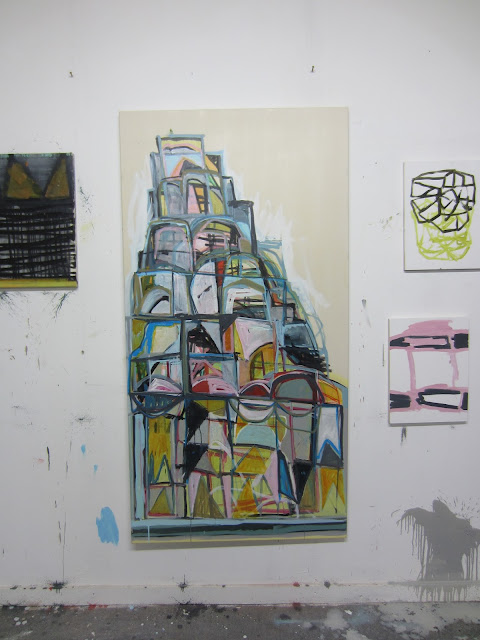 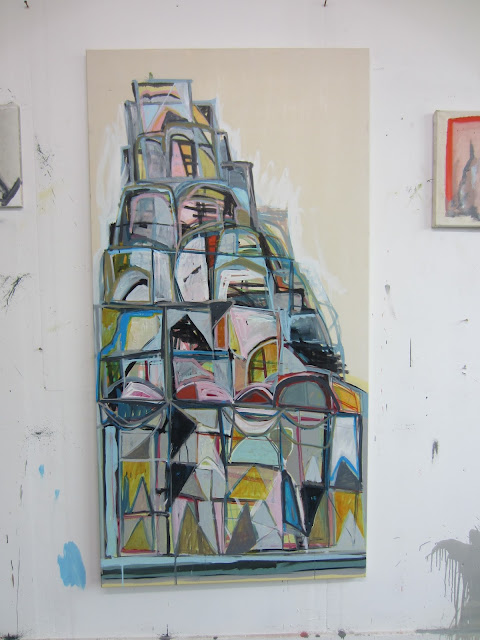 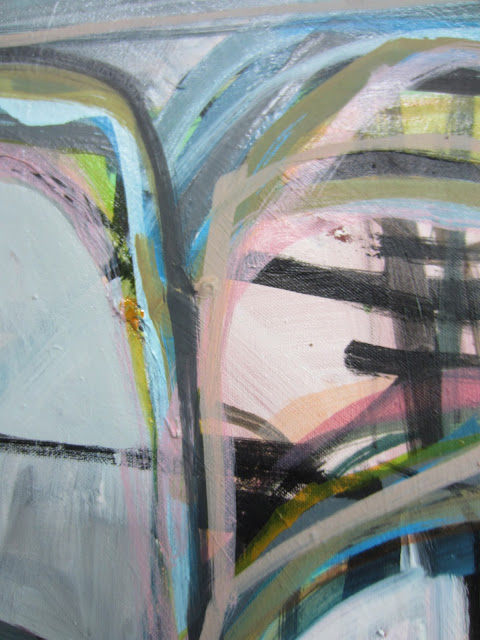 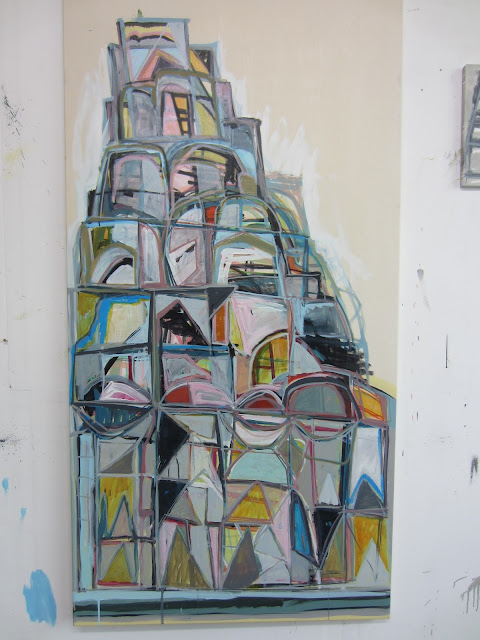 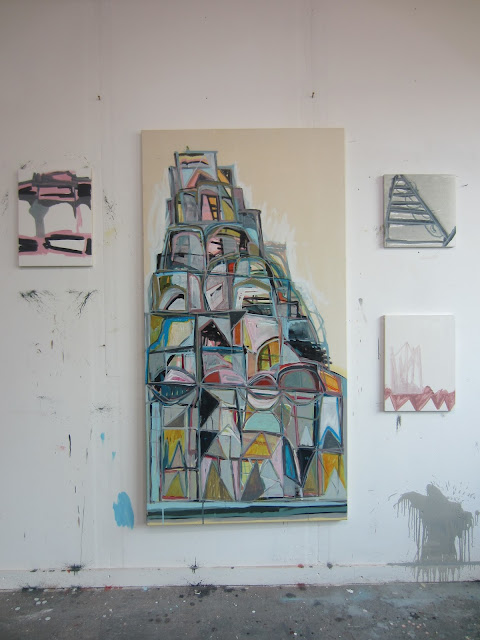 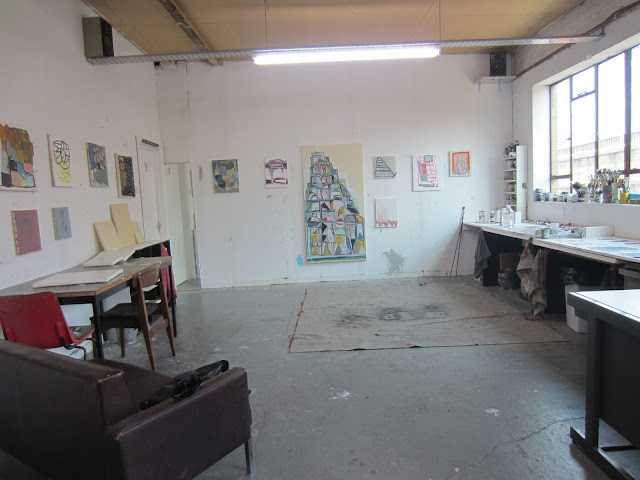 
Opportunities to see Bielik's work on display include:

*All images curtesy of the artist. ©Karl Bielik

Email ThisBlogThis!Share to TwitterShare to FacebookShare to Pinterest
Labels: In Process, Karl Bielik

Thank you for this wonderful insight into this great work!

Bravo to Karl and to you for the post!

this is so completely fascinating, thank you for showing this process. It is extraordinary. It makes me want to investigate the minute steps I take in building my art. I seldom know where I am going with something, yet amazed at a completed phenomenon.
Kathleen O'Brien, www.kathleen-obrien.com

One doesn't often get to see the progression of a painting's creation. I thoroughly enjoyed this.