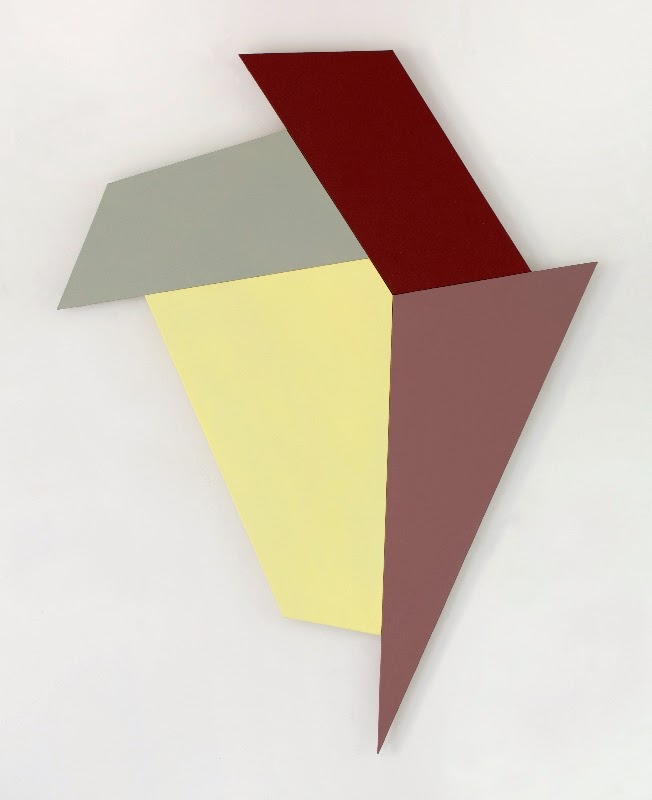 Greenleaf spent his career in New York City and his native Maine, where he resides today on the mid-coast in Waldoboro (he was born in Damariscotta).  His art has followed an evolutionary trajectory. After moving to Tribeca in 1973, he began producing large and strongly physical welded-steel structures with complex ground planes. Receiving a significant amount of attention from the press, these works were shown in several locations at once in 1973, including the lobby of the Whitney Museum. At the time, while teaching at the School of Visual Arts, Greenleaf became part of the dynamic downtown art scene. In this milieu he came to know the art critic Clement Greenberg, who inspired him toward contextual elucidation in his own writings about art. Over time, Greenleaf’s work evolved from steel plates to more complex structures produced with two or more materials. Imposingly large, these works depended on the distinctions between materials for their content—wood, for instance, was soft and round; steel was sharp and angular.  For Greenleaf, the connections and support functions of forms became a syntactical vocabulary reflecting actions: logs would be gripped by steel rings and sometimes suspended by chains or turnbuckles.  The theoretical aspects of these works consisted in the feeling that they had a past and that random, deconstructive effects were at work on their appearance.  At the same time, Greenleaf derived them in a freely improvisational way.