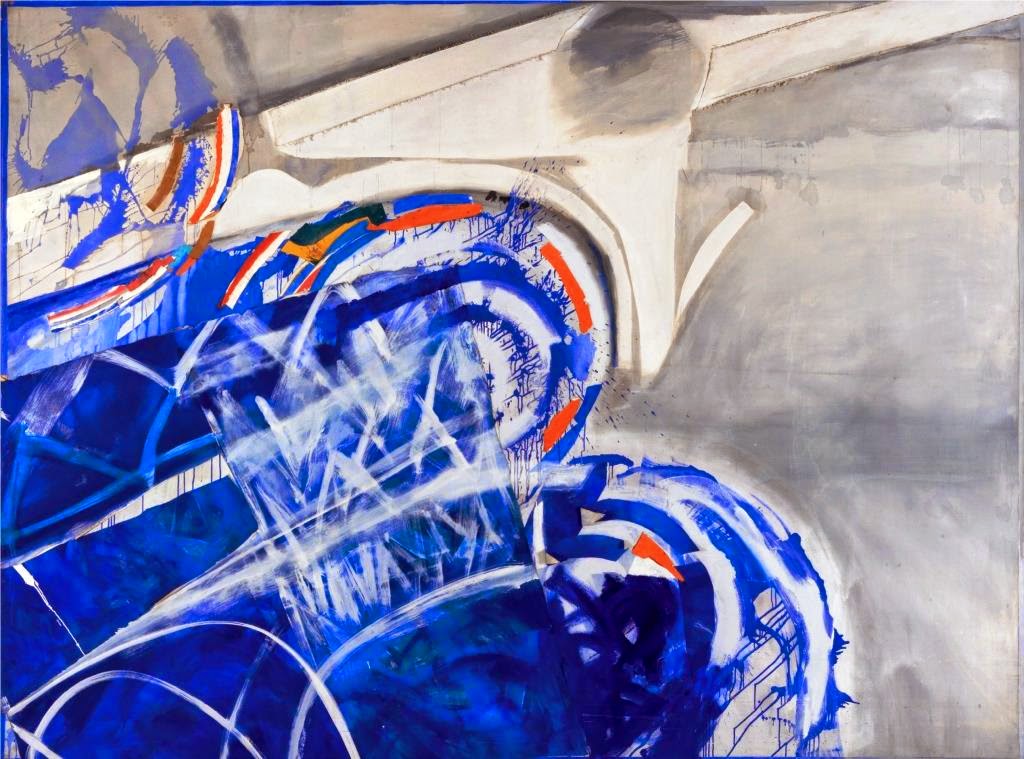 By the 1950s Sandra Blow was one of the pioneering abstract painters who introduced a new expressive informality to British art. Later, in response to the optimistic climate of the late 1960s, her palette lightened, and, for most of the rest of her career, easily manipulated collage materials such as torn paper or brightly coloured canvas cut-outs featured in her often large-scale pictures. The Matisse-inspired decorative manner of her middle and late periods was a seamless collaboration between the constructed and the freely painted.
The exhibition at The Exchange will feature at least nine of her large-scale works from the latter 1980s onwards. These paintings are extraordinarily ambitious in scale, even in comparison to works by her contemporaries such as Roger Hilton and Terry Frost, and reflect a confident mastery of the materials she used.  Many of the works combine painting with collage, and in some there is evidence of painted paper and fabric fragments having been applied and removed and reapplied as the work evolved.  These paintings provide an insight into the experimental processes Blow employed and show how she transferred techniques developed on smaller scale works on paper to vast canvases. Due to the size of these works they are not regularly exhibited and so this exhibition is a not-to-be missed opportunity to view a significant selection of these rarely seen pieces.
In addition to the large-scale works at The Exchange, the lower gallery at Newlyn will present works on paper by Sandra Blow and ephemera from her St Ives studio. This will include a selection of Blow’s smaller works, some of which are now in private collections and rarely exhibited. The works will be shown alongside ephemera from her Bullans Court studio, such as the hessian and torn, coloured paper she used to create her collage and mixed media pieces.

Email ThisBlogThis!Share to TwitterShare to FacebookShare to Pinterest
Labels: Sandra Blow, The Exchange