A Studio Visit With Jason Rohlf 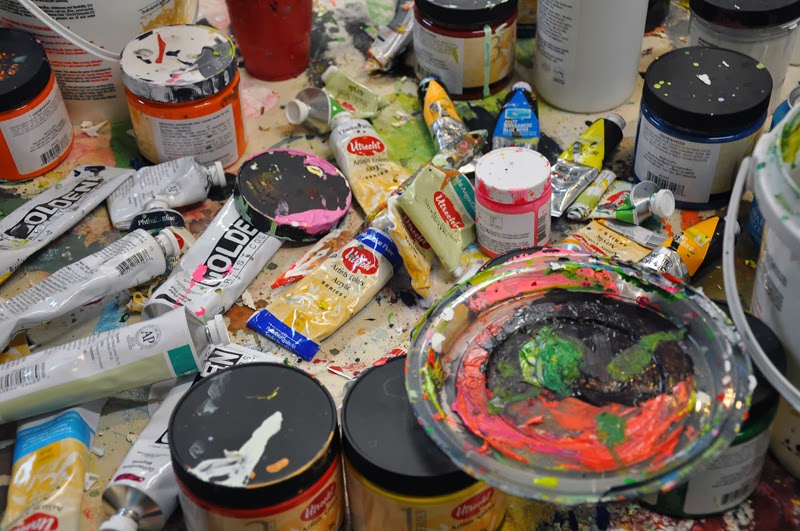 Recently I had the pleasure of visiting the Greenpoint studio of the painter, Jason Rohlf.
Upon encountering Rohlf's paintings, one first thinks of celestial charts, ancient navigational maps or imagined cosmologies - stories, plot, directions and plans.
After spending more time with the work the artist's materials and processes sneak to the fore and the viewer becomes conscious of the layering, second guessing, and work involved in realizing an image.
Experimentation, variety and chance are major factors in this work. And, indeed, Rohlf's experimentation and rooted painterliness are the backbone of these ambitious paintings.
Many times a final overlay of geometric forms and unforgiving lines and edges attempt to impose an order onto the chaos, providing structure and a strong compositional force.
But even this has a sense of uneasiness and impermanence. As the mess and randomness seep through, mingle, and compete with the order imposed upon it. 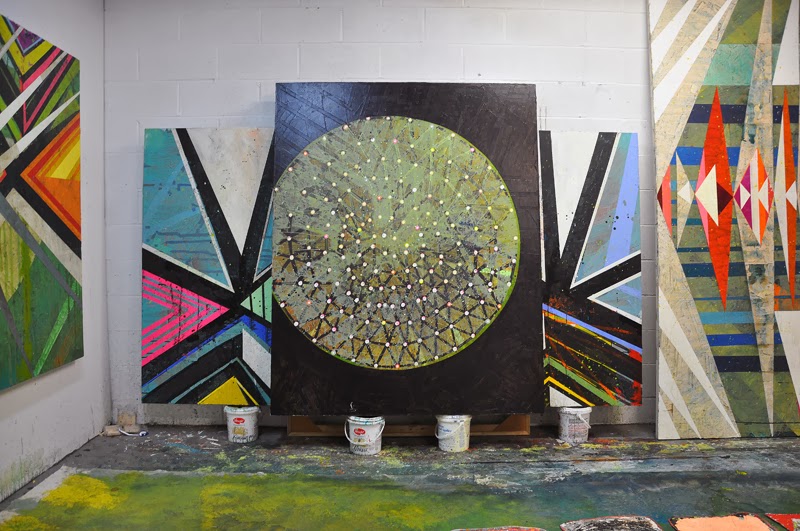 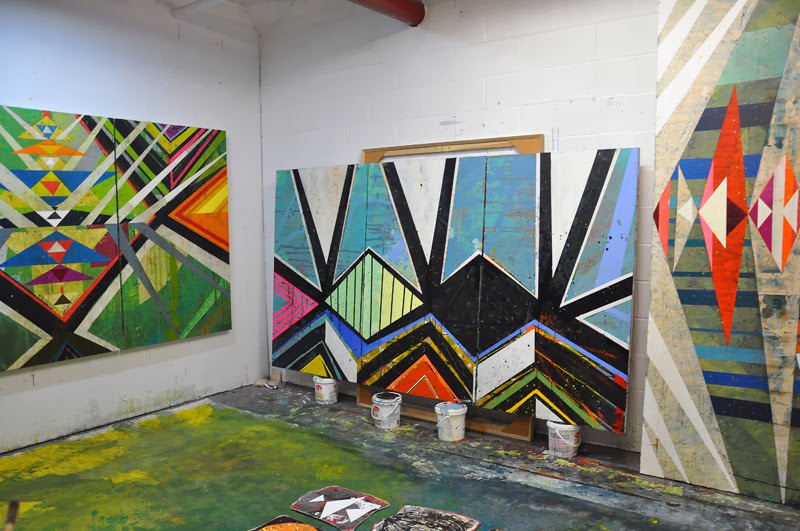 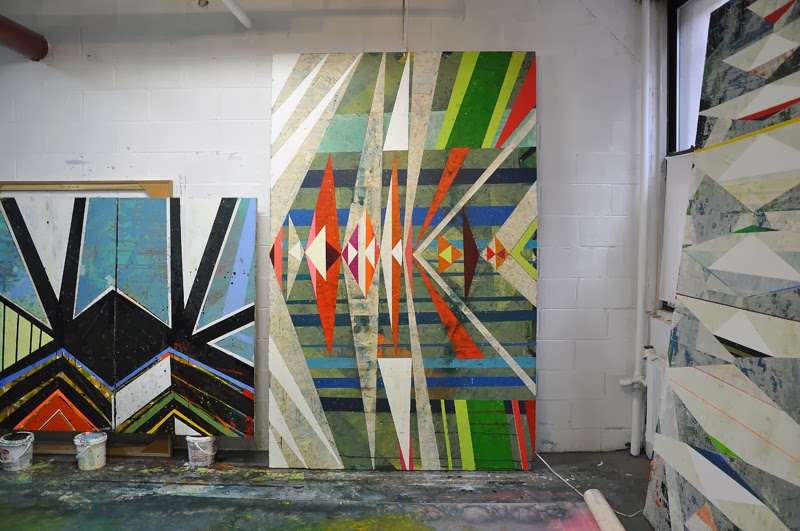 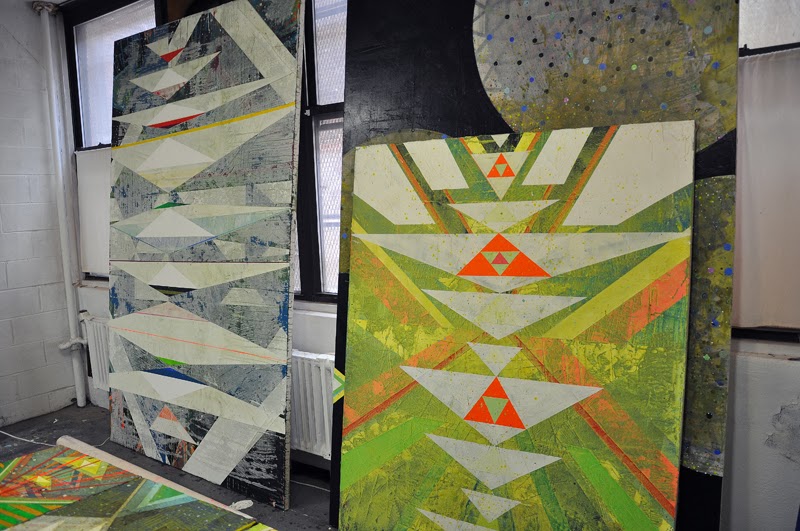 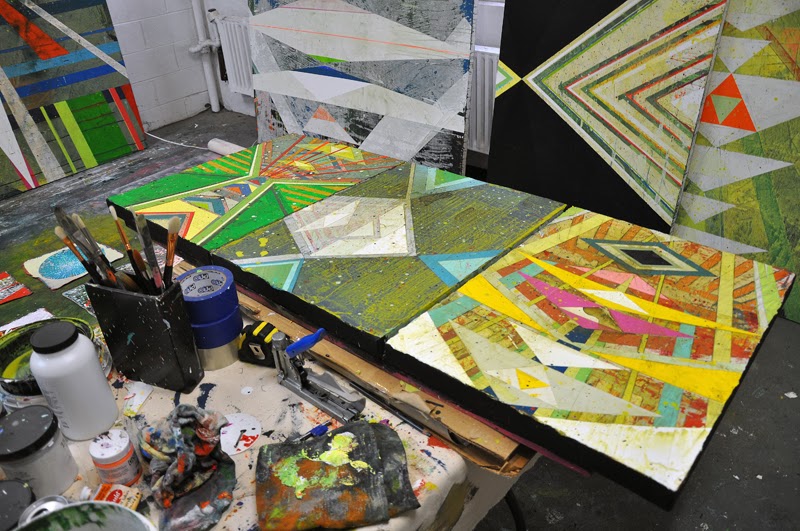 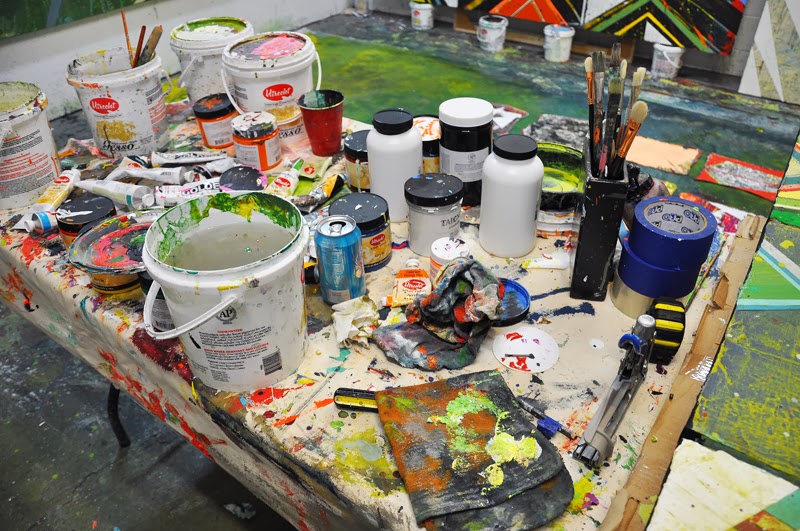 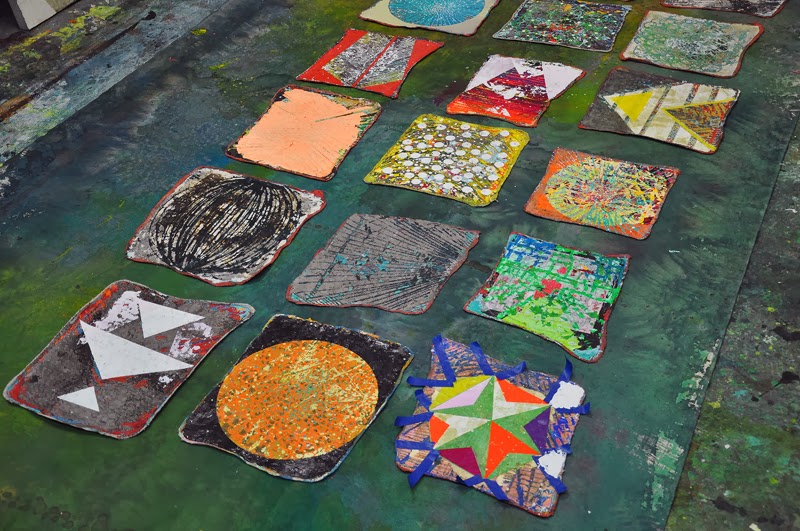 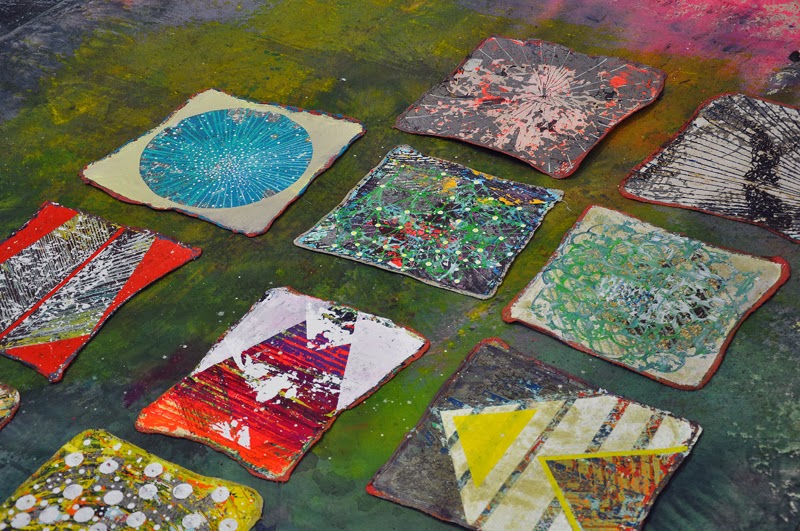 From the artist's statement:

"Field Guides” is my ongoing effort as an artist to collect and preserve my visual sensibilities, with each piece being the field for continued exploration as countless layers of collage, mediums and acrylic paint coalesce to become a finished painting.

In a confluence of forms, I will develop lines and planes of color to delineate an intuitively created space. Almost in an effort to stamp some order in the chaos, geometric shapes will blanket the underpainting’s more organic textures. Relief pushes up from the underpainting, betraying the order, and light raking the surface reveals tension between the two. By drawing geometric maps into the work in ballpoint pen, I can assume the role of cartographer as well. The ink has the amazing ability to migrate up through multiple layers of acrylic, and, even if covered, will later reveal an earlier intention. It has the effect of allowing me to have a conversation with an earlier version of myself—a crude form of time travel perhaps.

The one thing I can count on—in defiance of my intent and regardless of how hopeful my expectations—each attempt will undergo many revisions as I participate in the creation of a piece, with the end result ideally being the cumulative effect of the whole and not just a working toward the outermost layer. Like a recalled memory, a once obscure thing, hidden elements from the piece’s past will form an essential role on the surface, often as relief, while the most hard-fought details will likely earn a swift opaque top coat as a result of each day’s fits and starts. By conveying an urban palimpsest, many of the most thoughtful moments occur as these conflicting efforts achieve harmony and then begin to recede, resulting in the melding of competing ideas.

The end results will ideally continue to serve up a variety of visual reminders or clues telling of how important certain influences have been and, over time, where they led. Hopefully over many years, this process will allow me to imagine the body of work as a stop-action time line slowly revealing the newly favored elements, only to see them diminish and evolve again as my changing guides and exposure leave their mark on my art making. 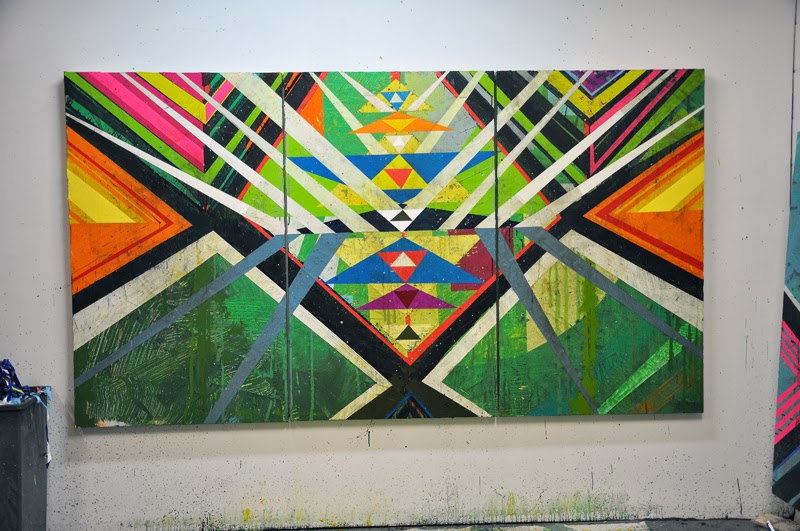 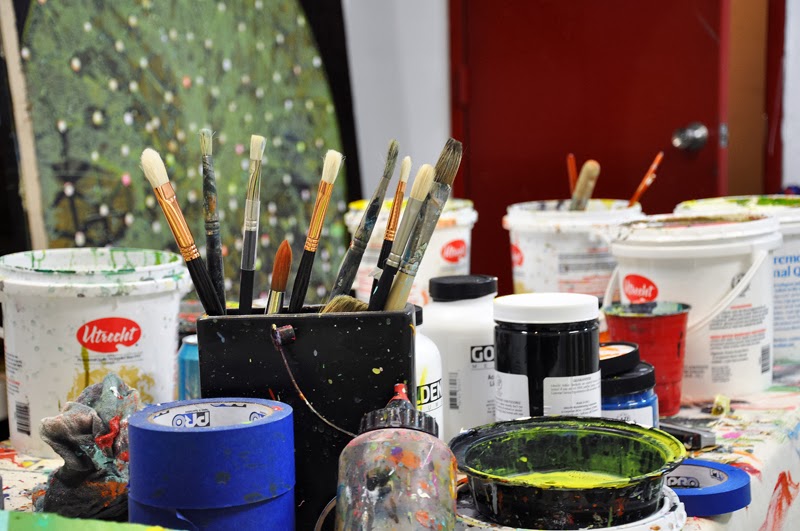 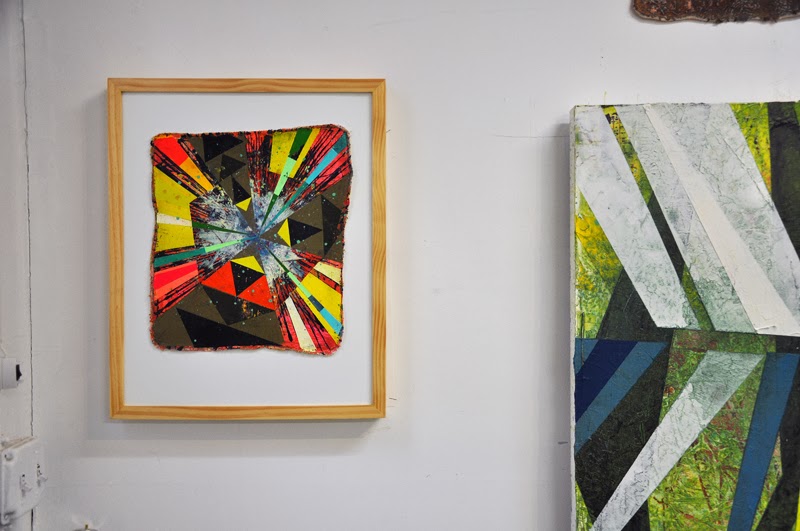 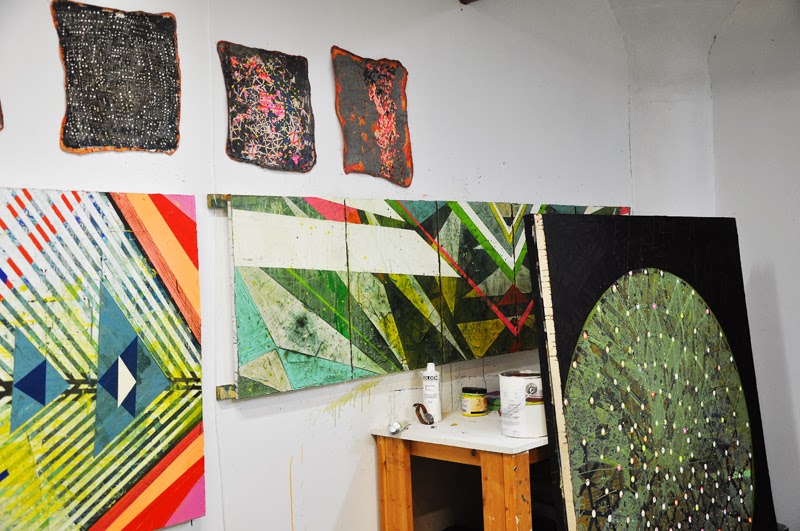 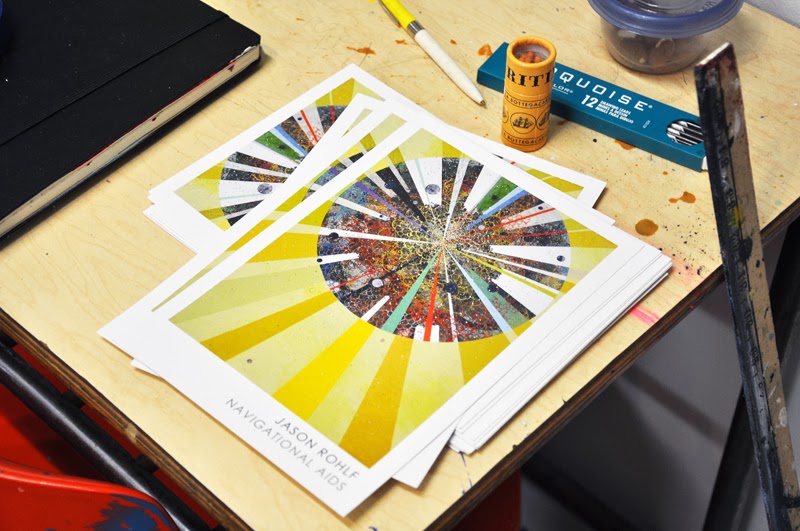 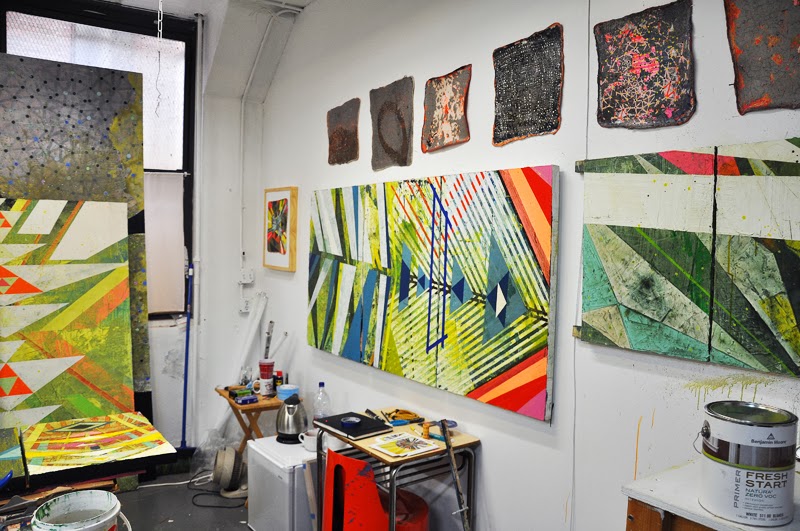 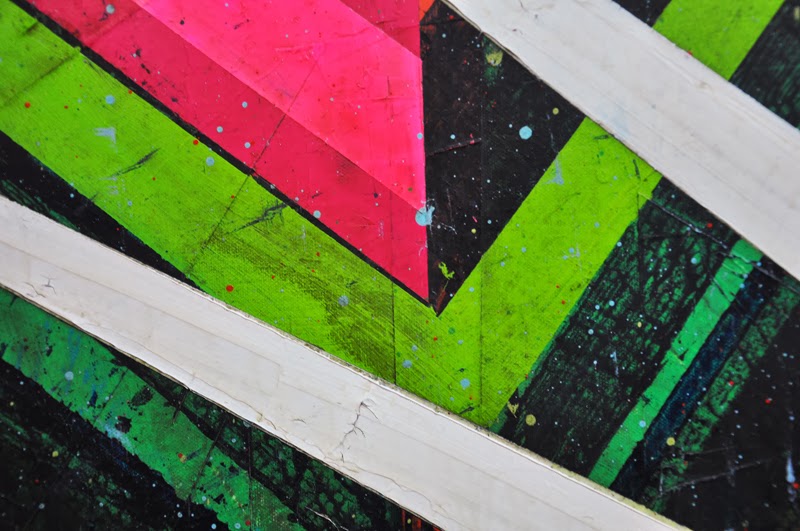 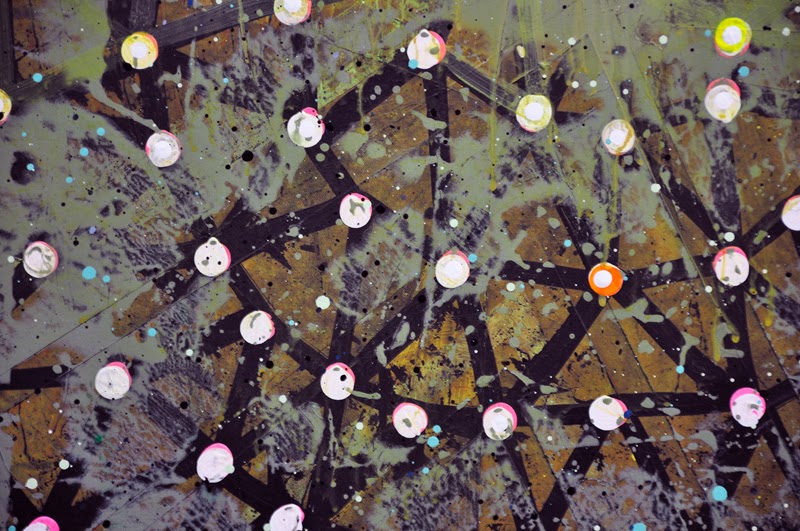 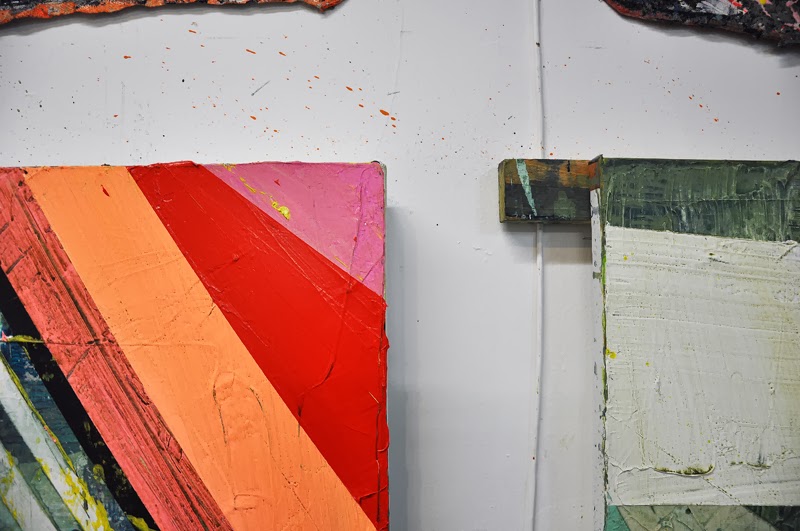 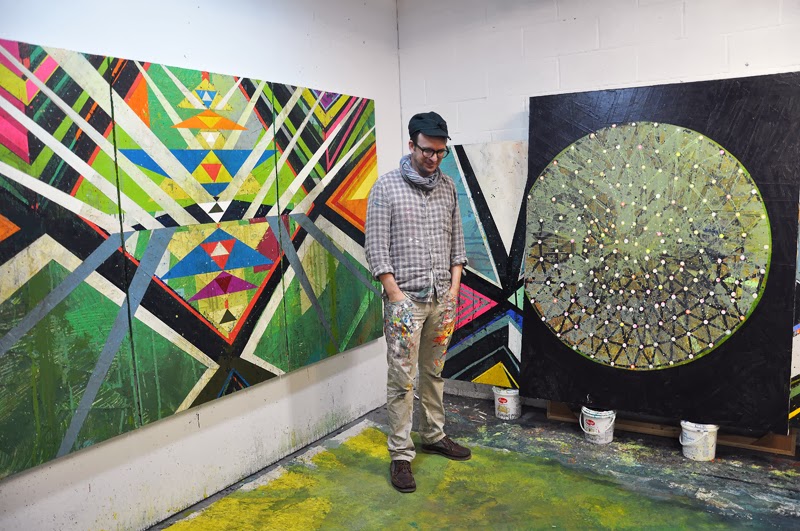 Jason Rohlf in his studio in Greenpoint, Brooklyn.