In Process With Matthew Neil Gehring

Next in our In Process series is Brooklyn based painter, Matthew Neil Gehring.
Gehring is also the Art Department Chair at the Suffolk County Community College and is the Director of the school's Flecker Gallery in Selden, NY.
Gehring's use of color and form combine to produce a visual deception bordering on Op Art.
However, these works offer more than visual trickery and reveal themselves over time. The hierarchy created by color and form generates a stately presence more akin to Barnet Newman than Bridget Riley.

Here Gehring gives a look at the evolution of his recent painting, And the Vital Vigor Stood it's Ground, oil on linen, 90 x 78 in., 2013. 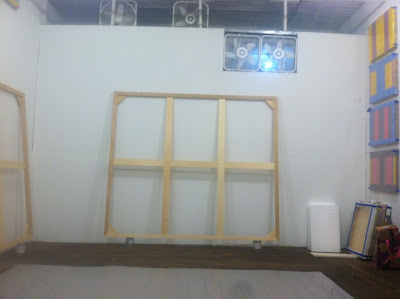 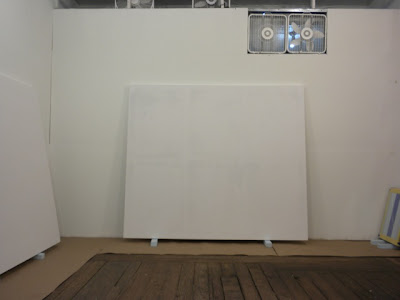 "This painting was stretched in Nov. 2012 with the awareness that it would leave the studio for my upcoming solo exhibition at the Dishman Art Museum in Beaumont, TX.  The evolution is improvisational with decisions regarding colors and forms as primary, inseparable elements.  These decisions tend to require much time spent looking and mixing color.  Today, March 23rd, this piece is currently on a truck somewhere between New York and Houston, on its way to the museum." 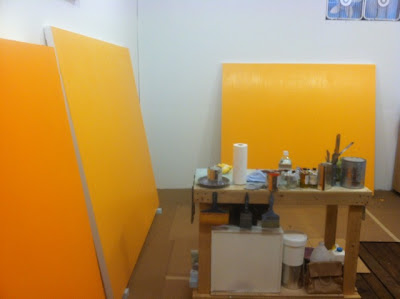 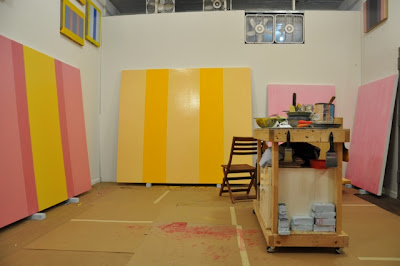 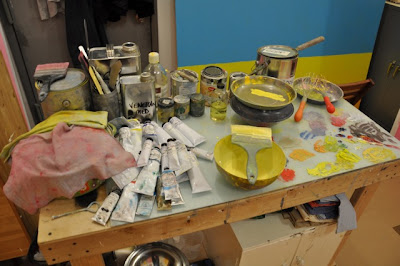 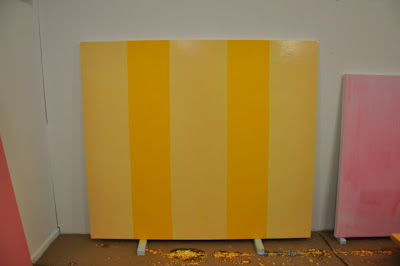 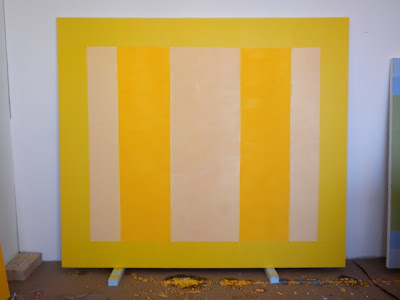 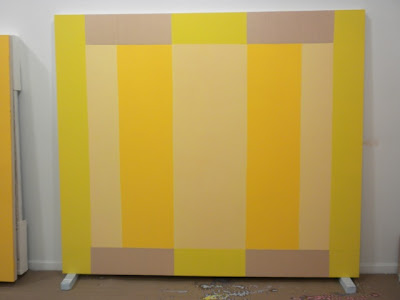 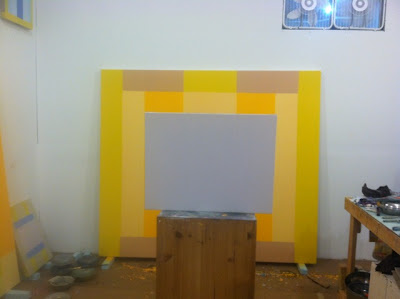 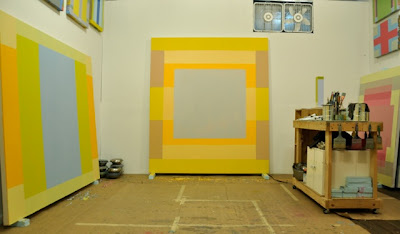 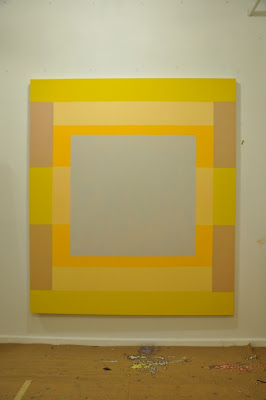 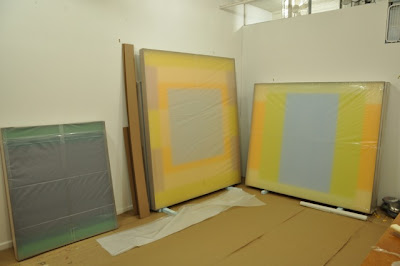 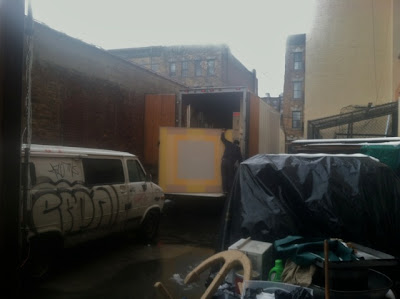 To view more of Matthew Neil Gehring's work follow the link. Beginning April 2, the piece featured here and more will be on view at The Dishman Art Museum in Beaumont, TX.