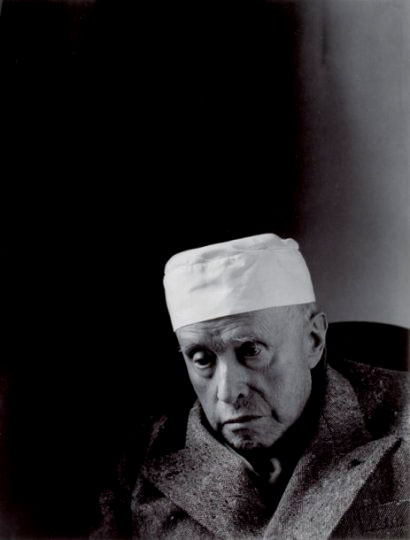 "For me, painting is a way to forget life.
It is a cry in the night, a strangled laugh." 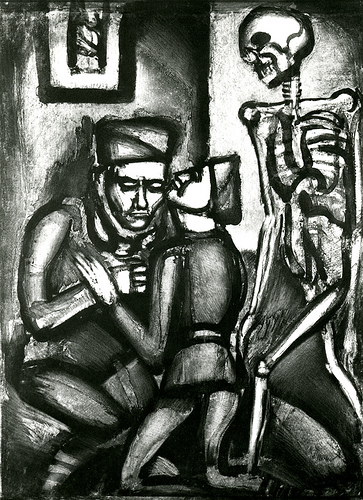 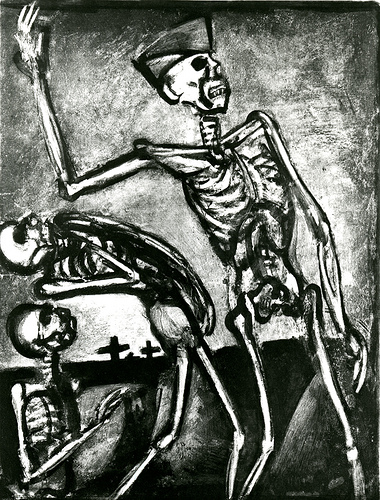 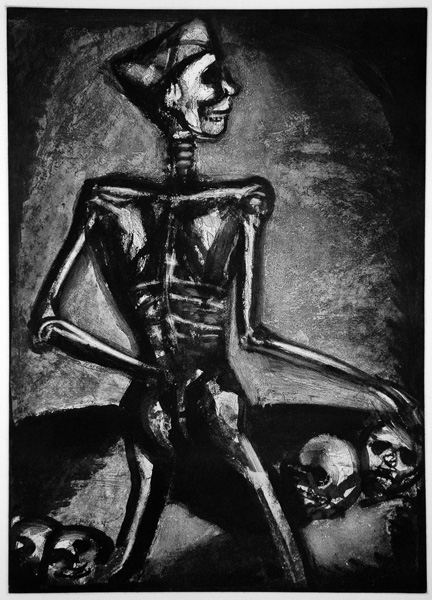 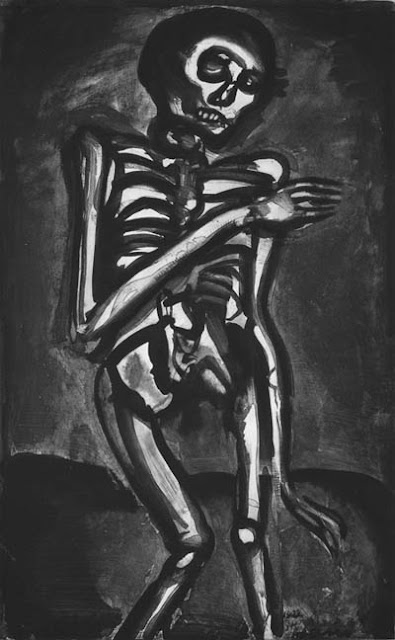 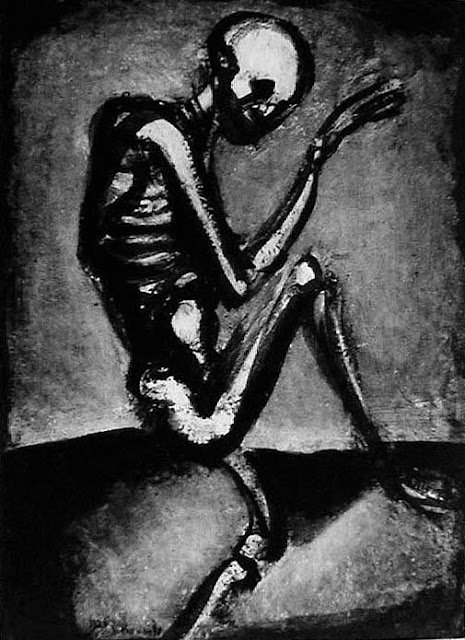 "Nothing is old, nothing is new, save the light of grace underneath which beats a human heart. The way of feeling, of understanding, of loving; the way of seeing the country,
the faces that your father saw, that your mother knew.
The rest is chimerical."

Georges Rouault's Miserere
The series of prints known as the Miserere by Georges Rouault (1871-1958) was commissioned originally as one of numerous, illustrated book projects conceived by the Parisian dealer Ambrose Vollard (1865-1939), who after 1916 functioned as the artist's sole agent and employer. To be titled Miserere et Guerre the proposed two volumes, each with fifty prints by Rouault and text by his friend, the poet Andre Suares (1866-1948), were never completed as planned. Suares, who contended that Vollard's treatment of Rouault was exploitative, withdrew from the project and advised the artist to limit the title to Miserere. As a result of the multitude of projects on which Rouault worked simultaneously and Vollard's shifting demands, only sixty-five of the 100 prints on which he worked between 1916-1917 and. 1920-1927 were completed. It was not until 1948 that fifty-eight of them were published in the definitive one volume edition of 450 copies at the Editions de I'Etoile in Paris.
In his preface to the Miserere, Rouault recounts that upon his submission of the preparatory ink drawings, he was asked by Vollard to use them as studies for paintings. Subsequently these paintings were photographically transferred onto copper plates for printing. In order to preserve the rhythm and design of the originals, the artist reworked each plate using almost every intaglio technique.' Throughout this lengthy process, working proofs were pulled during as many as fifteen consecutive trial states.
More than any other of his print series and illustrations, the Miserere folio conveys the artist's spiritual legacy of faith. The theme of human suffering that connects each single image in the portfolio relates closely to the artist's own spiritual outlook. It simultaneously provides an indictment of the spiritual crisis of Rouault's France, which found it's inception in an age marked by Nietzsche's nihilism, and culminated in a staunchly anti-clerical Republican government and the horrors of World War I.
Rouault moved among the members of the circle around the Catholic renewal movement, the Renouveau Catholique, which, in opposition to positivism and materialism, orientated itself towards a more orthodox Catholicism of the medieval past. The artist's religious outlook was strongly influenced by two major theosophists: Leon Bloy (1846-1917), whom he befriended, was a leading figure of the Renouveau Catholique and a disciple of the mystic Ernest Hallo (1828-1885); and Felicite Robert de Lamenais (1782-1854), a Catholic social revolutionary whose doctrines had been followed by Rouault's father and grandfather. Their social-mystic understanding of history as part of the suffering of God in Christ spiritualized social conditions and history itself. Rouault's work, therefore, does not aim at criticizing social conditions or at evoking pity, but invites the spectator to join in sharing all aspects of human suffering in order to find salvation and purification.
-Johann J.K. Reusch